Google I/O is perhaps the world’s most acclaimed annual developer conference, where developers from around the world gather to discuss foreseeable trends and futuristic technologies. Google I/O 2017 ushered in a new generation of technology, with important announcements regarding Android O, Daydream and Google Lens. Held at the Shoreline Amphitheatre in California, this 3-day tech conference is a global platform for companies to showcase cutting-edge, high-impact products.

Treebo’s re-built progressive web app (PWA) was featured as a successful case study in Addy Osmani’s (Engineering Manager at Google) discourse about the future of PWA’s. Mentioning Preact’s utility in building better user interfaces, Addy highlights Treebo’s experiment in the production of their PWA, which resulted in a dramatic decrease in interactive time.

“Treebo’s Progressive Web App is one of the best-in-class mobile web experiences I’ve seen. Their PWA loads fast on even flakey network connections, making it easier for users to book a hotel on the go. It works great on low-end devices, meaning it’s going to load quickly for a broad spectrum of users. It’s honestly been inspiring to see the amount of technical investment Treebo’s team put into nailing performance for their users. I’m excited to see where Treebo take this work next as this is competitively one of the best PWAs in the region. ” says Addy.

“What started as a Twitter conversation between us and folks at Google about our work on our PWA, ended up becoming one of the major milestones in Treebo’s tech journey. Since the very beginning, we have focused on using and developing cutting edge technology to offer unmatched experience to our consumers. Through this project, we wanted to make hotel booking as seamless and fast as possible, considering internet connections on mobile (especially on-the-go) can be flakey and slow.” says Kadam Jeet Jain, co-founder of Treebo. The Time Treebo Created a World Record for Christmas!

Treebo Hotels Creates World Record for Largest Christmas Celebrations on Same Day. The season of joy, giving and celebration brought in the best present Treebo could ever ask for! – ... Treebo Travel Pack is all set to make your Thursdays even better and help you plan your trips well with handpicked services to give you a delightful travel experience, at ... Click here and book Treebo SC Residency on treebo.com and get the lowest price. Treebo is extremely delighted to announce the addition of ‘SC Residency’ to its Chandigarh portfolio. Located in Zirakpur, this ... A few years ago, Indians had to struggle to get a visa to Serbia, but from what reports have to say, that is certainly not the case anymore. Reports say ... As you all commence travelling gradually, we at Treebo Hotels are fully prepared in providing you with a safe and hygienic stay with us. We have always been obsessed with ... 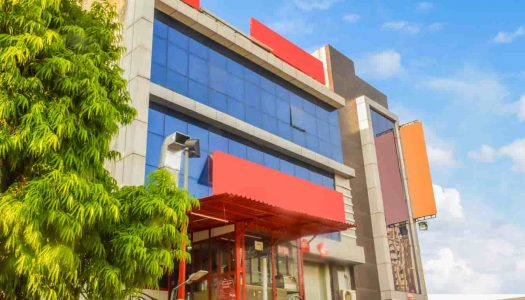 Expanding in Lucknow With The Launch Of Treebo Metro Inn

Are planning to travel to Lucknow, but are worried about finding suitable accommodation that’s both budget-friendly and comfortable? You needn’t worry! Book Treebo Metro Inn on treebo.com and enjoy an excellent ...