Taj Mahal, one of the Seven Wonders of the World and indeed a matter of pride for India, is also a matter of great interest among historians, architects and the common public in general. There are many stories and Taj Mahal facts that have been proposed by various people over the years. While most of them did not gain any ground, but they sure did give rise to a number of myths, shrouding the white marvel under a veil of mystery that will probably last a lifetime.

The Taj Mahal is indeed an immaculate work of art and architecture. However, there are many facts about this great structure that we are unaware of. While some are the truth, there are those that are nothing but myths. We will be finding out these facts and check out whether they hold ground or are simply myths doing round!

1. The Taj Mahal has a hole in the ceiling of the main hall 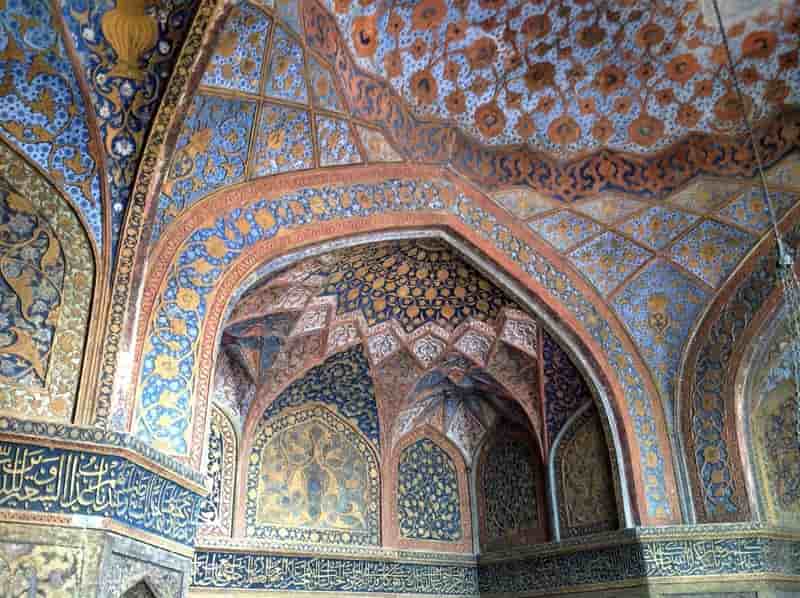 However much we might love to consider the Taj Mahal a flawless wonder, it probably isn’t. The ceiling of the main hall of the Taj contains a small hole which is perpendicularly right above Mumtaj Mahal’s tombstone.

It is said that one of the artisans left the hole so as to create a flaw and destroy the dream of Shah Jahan to make it flawless after the artisan came to know about Shah Jahan’s plan of amputating all the artisans after completion of the construction.

Also Read : The Most Amazing Places to See Near Agra

Even though quite interesting and widely believed, this does not seem like a truth. The source of the story is an alleged letter written during Shah Jahan’s regime and the fact that water drops from the ceiling, especially during the rains. However, as per many science experts, this is a result of perspiration and respiration. As of now, this story remains a myth.

2. The Taj Mahal’s minarets are not perpendicular 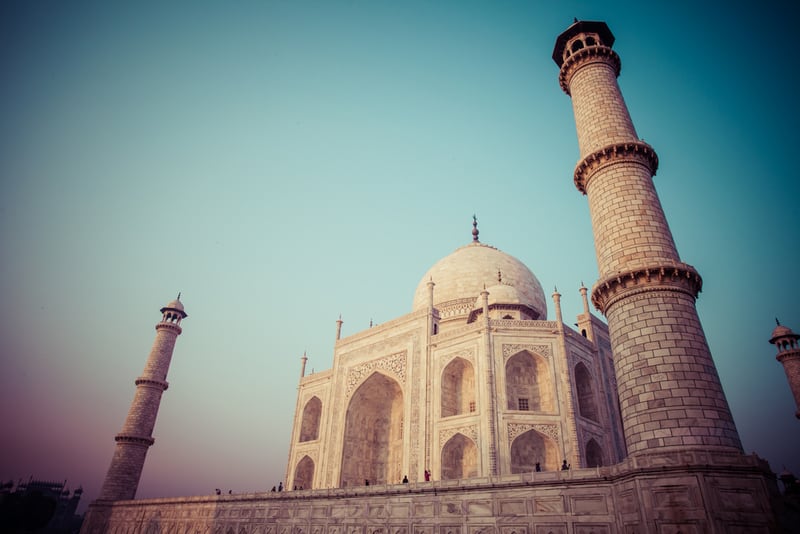 If you have ever visited the Taj Mahal and have carefully looked at the entire construction you might have noticed that the four minarets on the four corners of the Taj Mahal are not perfectly perpendicular. These minarets were built tilting outwards to protect the Taj at a time of natural calamity such as an earthquake. In such an occasion the minarets will fall outside and the main building will be saved.

This is a verifiable fact and it can be seen by anyone visiting the Taj Mahal. It indeed is the truth.

3. The Taj Mahal’s interior has a majestic inlay 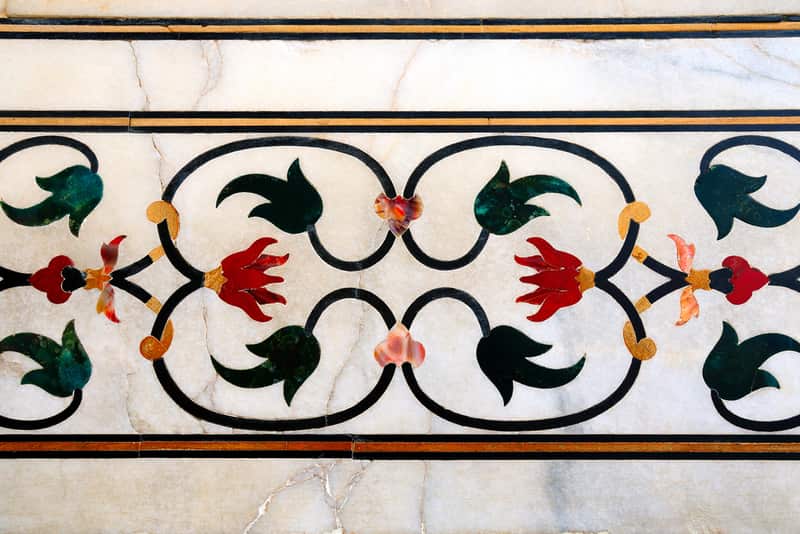 Inlay of the Taj Mahal

Take a tour of the Taj Mahal if you haven’t and behold the beauty of the grand inlay work within. These were made using various rare, precious and semi-precious stones which were brought from all across India as well as abroad, such as Sri Lanka and China.

The Taj Mahal is literally a treasure chest! And the British did not spare the Taj as well. It was raided numerous times for these precious stones and the restoration work began only in the late 19th century.

This is a true fact and the intricate designs created using the stones can be seen to this day.

4. The artisans who created the Taj Mahal were amputated 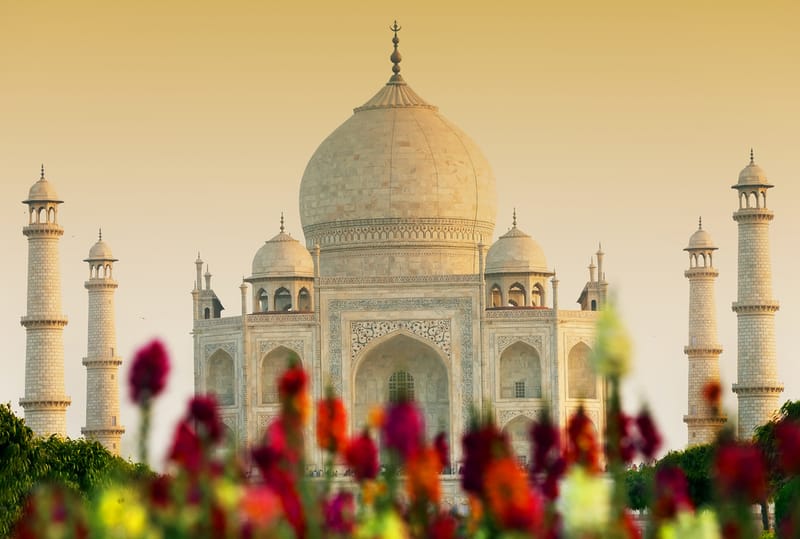 The unsurpassed architecture of Taj Mahal created by various artists

One of the most believed and most popular stories in connection to the Taj Mahal is how Shah Jahan ordered the hands of the artisans to be cut off after they finished construction of the Taj Mahal. It is said that he did so to prevent them from crafting another monument as beautiful, grand, and flawless as the Taj Mahal.

While a large section of the population believes the story, this one seems like a complete myth. Shah Jahan assigned the artisans other projects after the completion of the Taj Mahal and thus it can be safely assumed that they had their hands intact. Moreover, there is no other evidence supporting the story. Thus, the story about amputation is a myth. 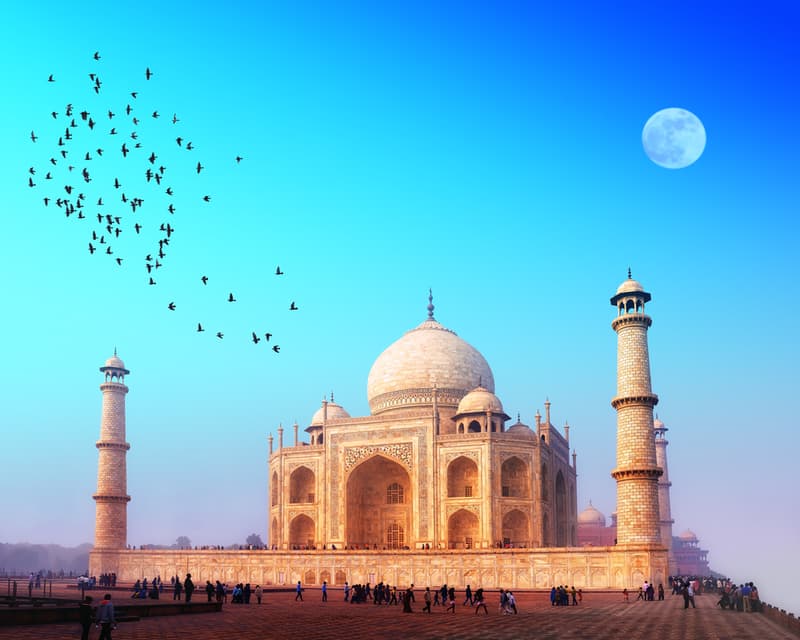 Taj Mahal- One of the seven wonders of the world

Believe it or not, the Taj Mahal is actually taller than the Qutub Minar. While search result will show both of them to be 73 meters or 240 feet tall, the Taj surpasses the Qutub by about 5 feet in real.

This one is a verified truth and the height of the Taj Mahal is indeed more than that of the Qutub Minar.

6. The Taj Mahal was to have a black twin 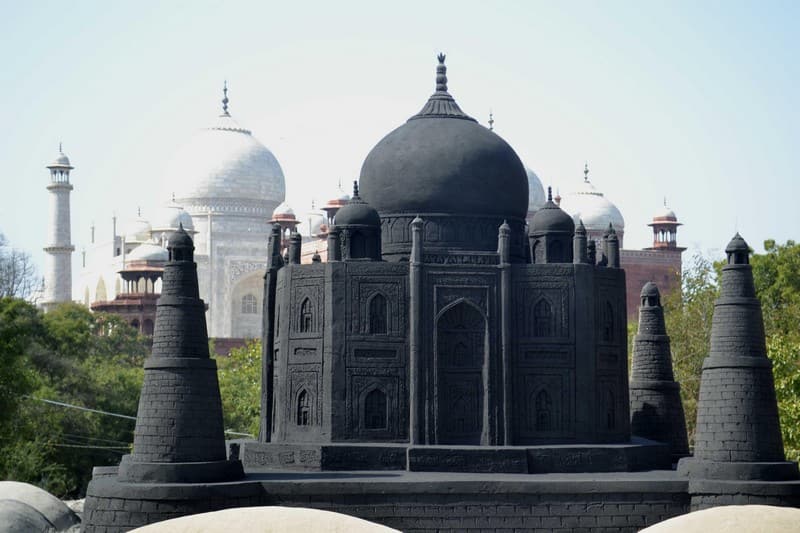 It is widely believed that Shah Jahan wanted to build another Taj Mahal just across the white Taj Mahal in the Mehtab Garden. The other Taj was to be the mirror image of this Taj but would have been black in colour. It was to become the mausoleum of Shah Jahan himself.

The story of the black Taj Mahal has been doing rounds for decades and is one of the unverifiable myths. Since Shah Jahan was dethroned by his son, hence it cannot be said with certainty what was Shah Jahan’s wish. However, the deposit of the black marbles in the Mehtab Garden does raise questions. Sadly, we will probably never know and this will remain another one of the many myths about the Taj Mahal.

7. The Taj Mahal can change colours The Taj Mahal is indeed a wonder in many senses. The colour of the Taj varies as per the time of the day and the condition of the sky. It gives out a pinkish hue during the early morning hours. During the evening the Taj looks milky white. At night time, under the moonlight, the Taj Mahal gives out a light blue hue. This is indeed a fascinating view.

This is a truth and you can view the changing colour mood of the Taj Mahal yourself on your next visit.

8. The Taj Mahal wasn’t the first place where Mumtaj Mahal was buried It is true, though the exact time of the removal of the body from its initial burial ground remains a bit questionable. However, this generally remains a true fact. There is another story, though, that is believed by some but considered a myth. It is said that Mumtaj’s body was mummified and remains just as it was during her death. Since no one checked the inside of the coffin, or at least no one documented it, this remains a myth that will probably remain so till someone decides to break open her grave yet again.

Also Read : 7 Off Beat Things to do in Agra

9. The Taj Mahal was a Shiva Temple 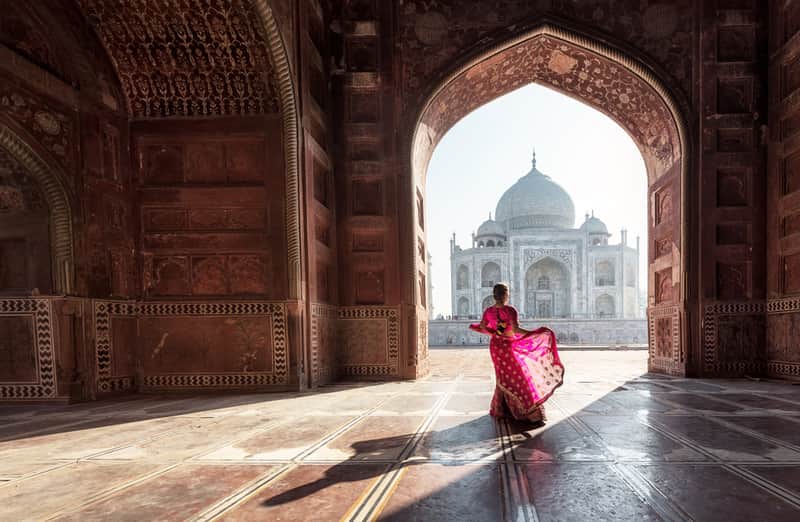 Our very own Taj Mahal

This is one of the few raging controversies that have engulfed the Taj Mahal in recent years. The claim was first made by a person named P.N. Oak in his publication that the Taj Mahal was actually a Hindu temple, a Shiva Temple to be precise, by the name of Tejo Mahalaya.

He gave ‘proof’ about the mismatching architecture and some engravings on the Taj Mahal which he believed not to be Islamic in origin. His claims put the Indian Government in a difficult situation since this further fuelled the demand to restore the Hindu temple. This is one claim that is still believed by many in India.

As per the ASI, there is no proof that there ever existed a Hindu temple in the place where the Taj Mahal stood and that the Hindu Temple was converted into the Taj Mahal. This claim remains a myth, but certainly of a dangerous kind, since it threatens the existence of this architectural wonder.

10. The Taj Mahal was not built by an Indian Ustad Ahmad Lahauri, who is generally regarded as the chief architect of the Taj Mahal, is not an Indian, contrary to popular belief. He is actually a Persian from Iran.

This one is true and is probably the reason why the architecture of the Taj Mahal does not seem similar to normal Muslim architecture.

With all its facts and myths, the Taj Mahal will remain one of the Seven Wonders of the World. Many stories are bound to come up with such a majestic building built centuries ago. However, the beauty of the Taj does not diminish and is a matter of pride for every Indian.

Have you visited the Taj Mahal anytime soon? Share your experience with us. Do you know any more such interesting facts about the Taj? Don’t forget to comment. Share with your friends and family and let them know about it too!

Book Treebo hotels in Agra for a stress-free stay experience. Check out the 7 Best Places to Visit in Noida for a fun-filled day!

Places to visit in Noida in this hot & humid weather? Seems like a joke! Absolutely wrong, because if you feel like it’s only a place for corporates and businesses ... // City Guides// Weekend Getaways// Gurgaon// Things To Do In Gurgaon

Explore These 9 Best Cafes In Gurgaon For A Delicious Experience

One of India’s most exciting cities is Gurugram, also known as India’s Millennium City. Gurugram lives up to its reputation as the most urbanized city in India with posh neighborhoods ... 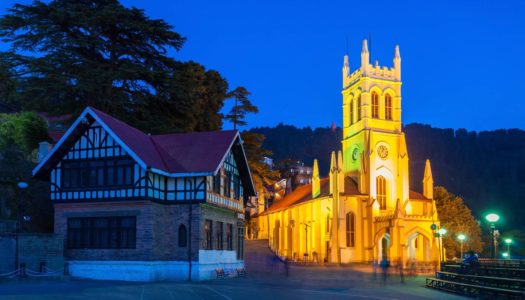 The Cool Connect: 16 Places to Visit in Shimla

Shimla is one of the most attractive tourist destinations which deliver all the right reasons to its visitors. Popularly known as the Queen of hill stations it has a number ... Top 9 Tourist Places To Visit In Bhubaneshwar & No. 9 Will Surely Blow Your Mind

Are you planning a vacation to the temple town of Odisha and looking for places to visit in Bhubaneshwar? If so, you’re at the right place out of those hundreds ... Treebo Locations for Your Every Travel Need #TreeboLovesYou

Treebo Hotels is now 50+ cities strong with over 250+ hotels. To commemorate this, we thought why not give you a KT about where we stand. There is a location ... Ram Navmi is around the corner, have you decided where to head for this divine festival? Each one of us is excited to celebrate this festival with great pomp and ...