Travel taught these three people a lesson they will never forget!

Who doesn’t love to travel? A refreshing break from the mundane life, staying close to nature in a beautiful resort, tasting the local delicacies or feeling the adrenaline rush in adventure activities – travel can be any kind! So we went in search of stories in our own office and found three amazing travel experiences from employees – inspiring, scary and funny, it was all there. We have these stories for you to read here. Do you have any interesting story that you would like to share?

Travel As An inspiration – Uma’s Story

We had landed in Kanyakumari, one bright and beautiful summer day, after following the trail of the rising sun on the streets studded with various greens.

By afternoon, we reached the Vivekananda Rock on the Indian Ocean by boat. This is where the great leader Swami Vivekananda had attained enlightenment, so did I. There were two seas that mated with the Indian ocean at this spot – the Bay of Bengal and the Arabian sea. At this tip, also called Cape Komorin, they mingled, mixed and enchanted.

The greenish hues of the Bay of Bengal set the tunes to the blues of the Arabian sea while the bright turquoise in the Indian ocean danced like the peacock on a ginormous stage with the sun setting in the background. It was a kaleidoscope of colours.

Little did I realise the tears trickling down my face, the gust of winds blowing me away from the railing on the rock. I fight against it with all my might and hold on. To see, to just absolutely digest, dissolve and imprint the scintillating view in mind.

Without having to say it, I had turned over a new leaf.

I find myself on that rock in the middle of the Indian ocean, whenever my heart craves for peace. Even as I close my eyes this very moment, I can see the visual that has infused in my veins, a visual that is me – a happy, healthy and grateful person who is ready to take over the world.

Lost And Found: Misadventures In A Foreign Country – Bharat’s Story 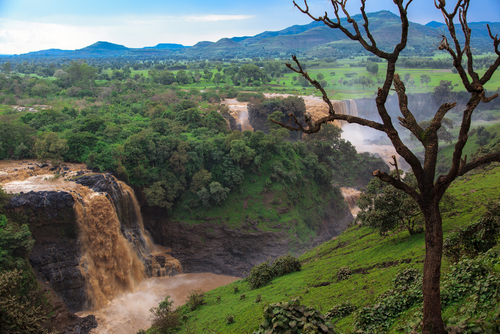 I was in Ethiopia for about two weeks and spent much of my time in Addis Ababa. Given the geographic location of the country, one would not feel very optimistic about the place. I sure had my doubts, but since it was a work trip, I rather focus on work. Throughout my stay in Ethiopia, I was presented with difficult situations, and every time the locals went out of their way to help me.

We planned to go on a trip to Hawassa that was known for Lake Awasa. The road was scenic, once we reached we stopped at a hotel to check out the rooms. We liked them and wanted to book. When the receptionist wanted my passport, I couldn’t find it anywhere.It was indeed missing, I realised soon.

The receptionist asked me to not worry and allowed me to check in the hotel. She said to give her a copy of the visa, whenever I find it. That was a temporary relief, as they could have easily refused to check me in without the passport.

I went to my room, and waded through my stuff all over again, looking for the passport, but it wasn’t there. Then I called up the hotel I was staying in Addis and asked if I had accidentally left my passport behind. But they couldn’t find it either. It was not even in the car that drove me around in Addis. Finally, after trying for almost an hour, I called up the Indian embassy in Addis Ababa to report the loss of my passport.

I read somewhere that in such cases, the embassy might issue an Emergency Certificate. So I can travel back to India and apply for a new passport. Assuming that to be a workable solution, I continued with my stay in Hawassa. The next morning, I prepared to head to the Indian Embassy and arranged necessary documents such as the copy of the passport, travel insurance, return flight ticket etc.

For the embassy officials, it was business as usual, and they did not seem to care enough, that I had lost my passport. They clearly handed me a list of things and said that it will take a minimum of 10 working days for a new passport to issue. An Emergency Certificate too, was an unlikely option. My return flight was on Friday, and If I were to abide by their process, I was going to be stuck for a much longer duration.

Throughout the way, I was trying to find out where I could have lost my passport. I kept thinking where did I see it last or of any other clue that may lead me back to the passport. As I entered the hotel, I checked with the reception if they had found it but they couldn’t. I wasn’t really convinced with their response and asked if I could see my old room once again. They said that it had another guest.

I requested the manager to let me see it once again, just for my satisfaction. So he arranged for a staff to accompany me to the old room. Meanwhile, the only image that was coming in my mind was that, in the safety box, I had kept two things and while emptying it, there was just one thing. So I immediately asked the staff to check the safe again. The guest was not using it, so it was open. The staff opened it wide, and there was nothing. She then inserted her hand inside the safe, which looked empty. She then took out her hand, holding something.

It was my passport. Phew! Apparently, the mat in the safe was loosely kept. Somehow the passport may have slipped beneath it, by some unknown force. It didn’t matter. All that mattered was I had found my passport after three days in a foreign country. 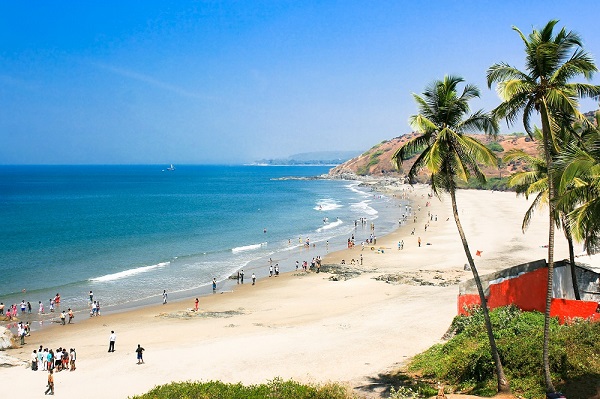 Back in the year 2007, before the age of smartphones and wifi, my friend, Jenny and I decided to go to Goa for my birthday. Sans research we got our bus and train tickets and off we went. A night of rolling around on the double bed bus; think Harry Potter’s Knight bus; gripping the sides, trying not to roll off the bed; and yes I will never travel in a bus with beds again.

We arrived safe and sound albeit mighty sore at Panjim, Goa. Imagine our surprise when there was no beach in sight. To us, Goa is all beach and nothing else. We got a double surprise when the cab driver asked which beach we want to go to. Our answer was a prompt Goa beach, of course.

The smart and helpful driver took us to Calangute beach and helped us find a place to stay, with a lovely Portuguese old woman who wore a short flower printed dress, sports a chic haircut, and lots of jewellery. She was kind and eccentric and I fell in love with her right away!

As two girls from the Northeast, we had a lot of fun playing guess where we are from with the locals. They would never believe if we told them we are from India.

I was in a bikini and sarong and she, in a full capri pants and a long sleeve kurta. While I sunbathe, she sat beneath the umbrella, rubbing sunscreen on any exposed areas ever so often. While I was lying down, soaking up the sun, a local came up and asked if we were from Korea. And Jenny answered yes! She even made up Korean names for us. To our horror or delight, he started talking to her in Korean. And there I was, pretending to be asleep and trying hard not to laugh at her.

A lot of funny things happened to these 2 naive teenagers. But, it was our first trip to Goa and the memories will definitely last forever. Or at least until Alzheimer takes them away. But I think I have a couple of decades left for that. 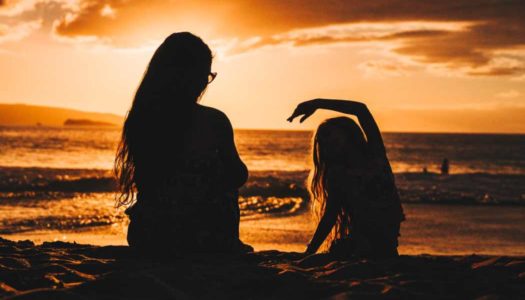 In a world full of variables your mother is your constant. The moms in our lives deserve the world. More than the world! They deserve all of the universes. And ... 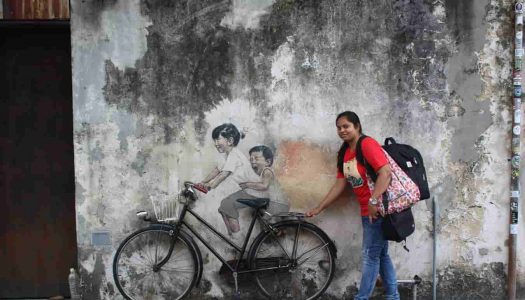 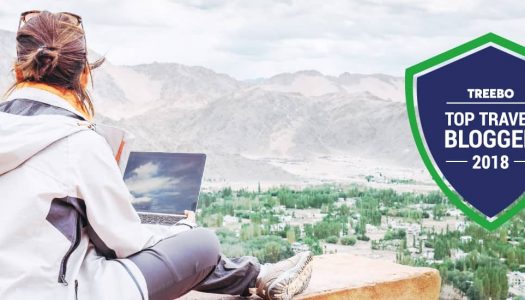 Planning a trip is a daunting task, and even more difficult is to fix a budget for the trip. You can’t go over the board because you have ... 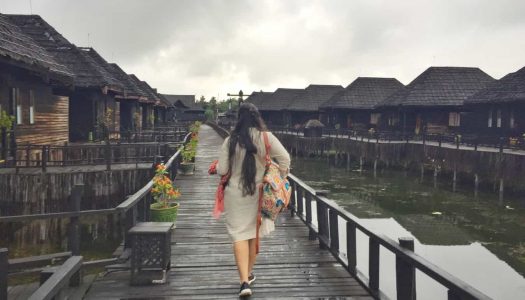 I always wanted to be a pilot. Always. The take-off moment gave me a high like none other. I would always be curious as a kid and insist a meeting ... 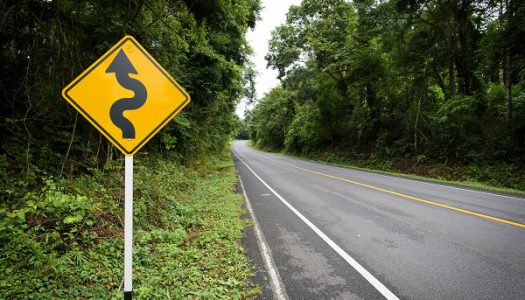 A great man once said, “Winters are a great time to stay in and cuddle but put me in summer and I’ll be a “happy snow man!” (*Cough ...