10 Exotic Hill Stations Near Kolkata For That Timeless Experience!﻿

Fuel Your Soul By Travelling To Some Of The Hill Stations Near Kolkata!

With various hill stations near Kolkata, it is simple to plan a holiday. West Bengal is a natural beauty endowed with majestic mountains and tranquil beaches.

Kolkata, the capital of West Bengal, is one of the most vibrant cities in the country. And if you have been to or lived in Kolkata, you would agree that there is no such thing as a “dull moment” there.

But what if you want to escape the city’s bustle and spend time with your friends and family? What alternatives do you have then?

Due to its proximity to the Himalayas, Kolkata is surrounded by various scenic hill stations despite its flat landscape.

These tranquil hill stations near Kolkata are dotted with lush green tea gardens, stunning monasteries, and multicolored orchards are the perfect getaway for anyone seeking a respite from this lively metropolis.

Darjeeling, situated at an altitude of 2,100 m, is one of the most attractive hill stations near Kolkata. It’s easy to see why it’s called “Queen of the Hills.”

Darjeeling is characterized by its pristine environment and exquisite tea estates. As a result of its height, it experiences cold weather throughout the year. Consider Darjeeling for your next vacation to the hill stations near Kolkata.

Dooars Valley is south of the Himalayas and north of the Brahmaputra basin. Dooars, meaning “doors” in local languages, is the gateway to neighboring Bhutan.

Dooars Valley, one of the most beautiful hill stations near Kolkata, is blessed with lush green woods, mountain ranges, and winding streams. You won’t want to miss it on your Kolkata visit.

Suggested to Read : This Holiday Season, You Must Visit These Top 7 Offbeat Hill Stations In Kerala

Siliguri is a beautiful area in northeastern India. It is in the districts of Darjeeling and Jalpaiguri. It’s located on the Mahananda River and Himalayan foothills, south of Darjeeling, making it one of the most picturesque places in the country. Siliguri’s magnificent beauty and mild temperature attract travelers.

ISKCON temple and Salugara Monastery are prominent tourist attractions. The ISKON temple is noted for its beauty, expansive campus, and relaxing environment.

If you’re weary of your everyday routine, you must visit Siliguri one of the closest hill stations near Kolkata and draws many tourists. Siliguri highlands provide excellent views of the snowy Himalayas.

Are you ready to experience one of the most enchanting hill station near Kolkata?

Famous things to do – Nature walk, jungle safari and shopping

Book Treebo Hotels in Siliguri for a safe and comfortable stay experience.

The lovely hill station Mirik is tucked away on the slopes of the Darjeeling District in West Bengal. It gets its name from an old local language, Lepcha, and is pronounced Mir-Yok, which translates to “a place burned by fire.”

A trip to Mirik, the most alluring of all the hill stations near Kolkata, soothes the spirit.

Mirik’s beauty, climate, and accessibility attract tourists. Sumendu lake has two natural borders: a pine forest and the Indreni Pool footbridge and is flanked by Savitri Pushpaudyan park, which draws the most tourists. Rameetay Dara is another popular spot to view the surrounding mountains.

Bask in the awe-inspiring peacefulness of Mirik, a twin of Darjeeling, and unwind like there’s no tomorrow. Mirik, known for its Buddhist connections, is one of the most incredible hill stations near Kolkata.

Suggested to Read : Must Visit: 6 Most Mesmerizing Hill Stations In Madhya Pradesh

Kalimpong, which is around 1300 meters above sea level, is one of the most popular hill stations near Kolkata. The picturesque hill station will astound you with its tranquil vistas and pleasant climate throughout the year.

The majestic Kanchenjunga and rich foliage in the background make the flowing Teesta River a stunning sight. As horticulture is a significant source of income for the inhabitants, you’ll discover a great variety of flowers in this area.

Kalimpong is famous for its Buddhist culture, monasteries, flower markets, and Tibetan handicrafts. This one of the most picturesque hill stations near Kolkata provides a break from the monotony of daily life with its breathtaking mountain panoramas.

Purulia District in West Bengal is home to the Ajodhya Hills, one of the liked hill stations near Kolkata. According to Hindu legend, Rama and Sita are said to have spent some time in exile in this area.

Two roads provide access to the Ajodhya Hills: Jhalda and Sirkahad. Even for the most experienced hikers and rock climbers, it is challenging to scale summits.

The hills are part of the Chota Nagpur Plateau’s lowest tier. The region is recognized for its moderate climate and beautiful weather. At an elevation of 855 meters above sea level, this is the nearest of the nearby hill stations to Kolkata.

The terrain resembles a plains state that is sometimes broken by hills. Numerous woods, waterfalls, hills, and dams allure visitors to this area.

Famous things to do – Trekking and Rock climbing

Kurseong is in West Bengal’s Darjeeling District. It draws its name from the Lepcha term ‘Kharsang,’ which means “The Land of White Orchards” therefore, expect to discover white orchids in plenty.

Kurseong’s waterfalls, tea gardens, religious monuments, and museums are among popular attractions. If you stay at a Kurseong hotel, you may hear the toy train’s whistle from your room.

Kurseong, en route to Darjeeling, is a great weekend escape. Kurseong’s tea plantations, verdant estates, mountain slopes, temples, churches, and rich history may be explored in two to three days, making it one of the famous hill stations near Kolkata.

Famous things to do – Visit various temples and churches and the museums to know the historical importance of the place. Take a ride on Darjeeling Himalayan Railway Toy Train. Also, indulge in the city shopping and get back home with really interesting souvenirs from Kurseong.

Suggested to Read : 12 Best Hill Stations Near Amritsar For A Quick Getaway

Samsing is a tiny hill station situated in the foothills between Darjeeling and Jalpaiguri at an elevation of around 1000 meters above sea level. Samsing, comprised of rivers, hills, woods, plains, and tea gardens, is a picturesque hill town that attracts visitors from all over the nation.

The panorama of Bhutan’s snow-covered mountains is one of the most picturesque sights you will ever witness.

Samsing boasts pleasant weather throughout the year, with a calm wind blowing and a deep layer of fog surrounding the city. It is the most-liked hill station near Kolkata.

Suggested to Read : Cool Off At These 10 Best Hill Stations Near Surat

Netarhat, often known as the “Queen of Chota Nagpur,” is a stunning hill station in Jharkhand’s Lahar district. The summertime dawn and sunset vistas are popular with tourists.

If you’re seeking a unique location that hasn’t been overrun by commercialization, Netarhat is the place to go. The region’s wild, unspoiled environs won’t disappoint you.

A vacation in this tranquil location is precisely what you need to forget all your concerns. As one of the most beautiful but undiscovered and lesser-known hill stations near Kolkata, Netarhat attracts a smaller throng than the other eastern hill stations.

Famous things to do – Revel in the silence of the mountains and enjoy the incredible sunset views while spending some exclusive time with your family.

Gangtok is a popular hill station 5400 feet above sea level. Sikkim’s capital and most significant town. Gangtok is one of the most picturesque places in north India.

Oak, poplar, wet alpine, and birch contribute to its attractiveness. Take the Bidhan Sabha-Deorali cable car for a birds-eye perspective of Gangtok.

Mountain routes, rivers, village industries, and cascades near Kolkata make for a great trip. Gangtok is the cultural center of Sikkim and one of the most incredible hill stations near Kolkata for environment enthusiasts. Trekking is a popular activity in Sikkim besides sightseeing and relaxation.

This collection of hill stations near Kolkata can help you whether you are searching for a break from your monotonous work or wish to escape the city’s oppressive summer heat. Explore Kolkata’s unknowns.

Book Treebo Hotels in Gangtok for a safe and pleasant stay experience.

Read more about weekend destinations near Kolkata within 100 km 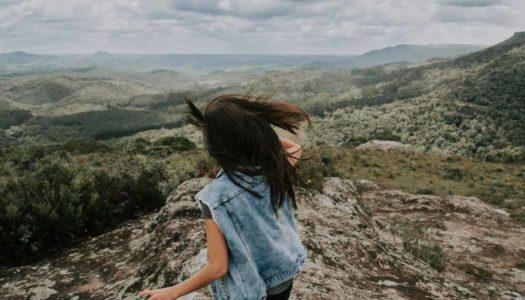 Hyderabad is an intriguing location since it is steeped in history and culture while thriving with modernity. Best weekend getaways from Hyderabad are ideal for spending a weekend in a relaxing environment, away from the routine of daily life. 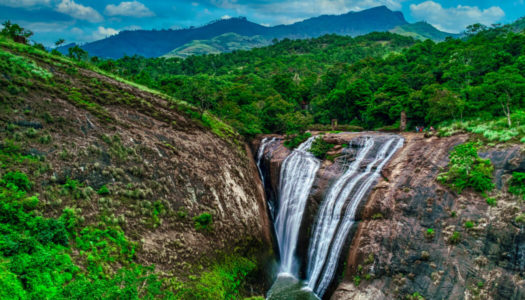 Hey, y’ll! Did you go through this year’s holiday calendar? The vibrant summer of 2022 has got some exciting long weekends to look forward to. So, how about escaping to ... 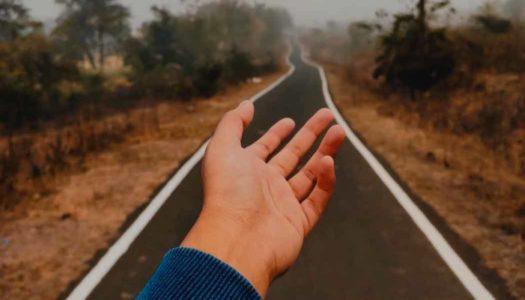 The attractive hill stations in Madhya Pradesh are a relief for travelers who may escape the heat and traffic of the metropolis and go on an adventure journey. Tourists may ... 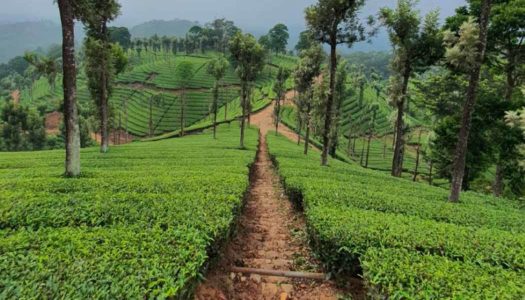 5 hill stations in Tamil Nadu to experience a magical vacation﻿

Chill winds, misty whiffs, sensational views, and you amidst it all, you get the drift. Welcome to the world of hill stations that fall in the lush green strips of ... 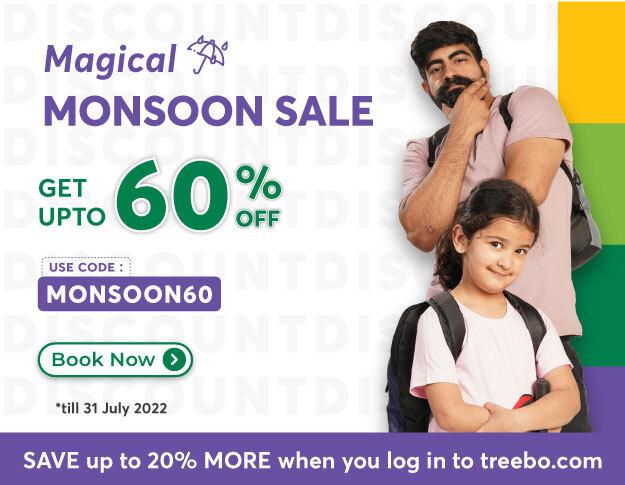