14 Haunted Places in Mumbai That Will Freak You Out

You may have heard scary stories from your grandparents or in movies. They can be really unbelievable, and you can’t get them out of your mind. Are any of them true? Well, we’ll maybe never know, but they commonly involve ghosts haunting houses, buildings or even entire streets.

Most of these stories originate in smaller towns in India. However, if legends are to be believed, cities like Mumbai have also seen a few places that are haunted. We tell you about the 14 haunted places in Mumbai that you should avoid going to after the sun sets. 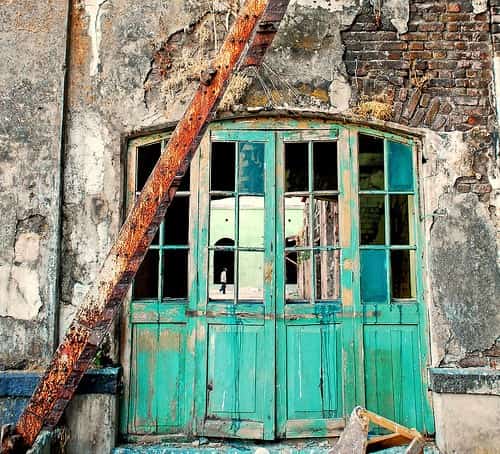 Mukesh Mill in Colaba has a scary past (source)

Mukesh Mill was formerly a thriving mill. It was razed to the ground by a fire in 1870 and has since been considered a haunted space. Locals in the area have reportedly sighted mysterious shadows following them and many have felt watched while passing the area.

Film crews, too, have been witness to scary experiences at the Mukesh Mill. Some crew members have apparently been lost in the area and expensive equipment has caught fire. 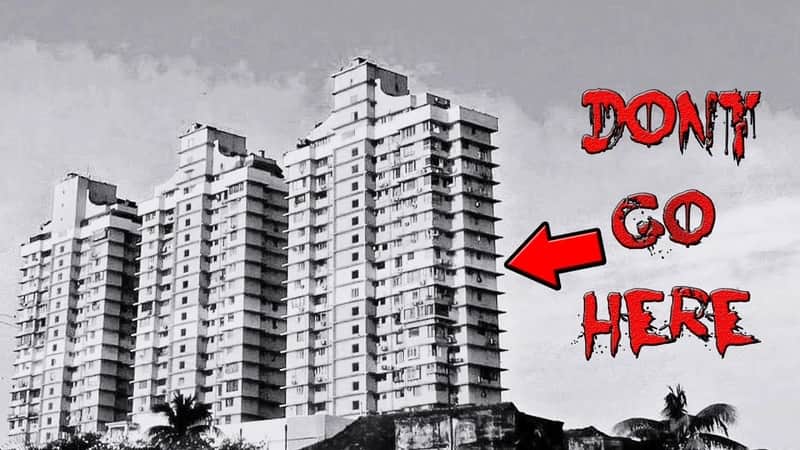 Paranormal activities have taken place in the Grand Paradi Towers

When you hear the words Kemps Corner, you think of wealth and prestige. But ghosts don’t care about status, apparently. If the legend is true, then the post-Grand Paradi Towers might just about have a ghost living in it. The place has seen a string of suicides (24, to be exact).

You may also like: 13 Most Adventurous Things To Do In Mumbai 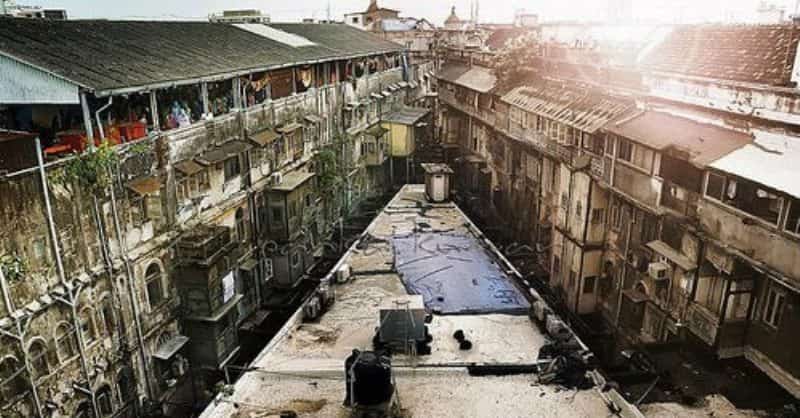 Many years ago, the D’Souza chawl in Mahim was just a regular housing area where people lived happy, regular lives. But it is said that all changed after the death of an elderly woman who fell into an unmanned open well.

Many locals say that since her death, they have seen an apparition roaming the streets at night. However, the ghost is not out to harm anyone apparently as no one has been harmed or hurt by the lady. 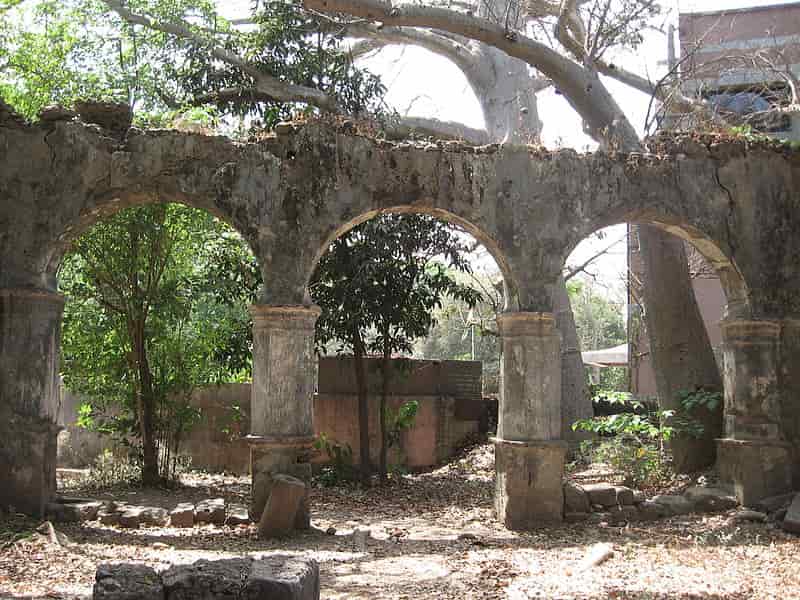 The ruins of the church

St. John’s is a Baptist church located in Andheri. It is said to be over 500 years old and was built by an Armenian family. The church was left in ruins after it was destroyed during a plague. Until recently, many believed that the spirit a young bride would scare away churchgoers.

Stories of her presence were so frequent that locals decided to call a priest to perform an exorcism.

You may also like: 17 Fun Night Out Places In Mumbai That You Should Visit

The vast expanse of the Sanjay Gandhi National Park

Behind the sprawling beauty of the national park is a menacing story. There have been reports of a mysterious hitchhiker who eventually vanishes into thin air. Several visitors have reported seeing him at different points of the day in various sections of the park.

Forest guards have also observed shadowy figures in places where human access has been restricted. 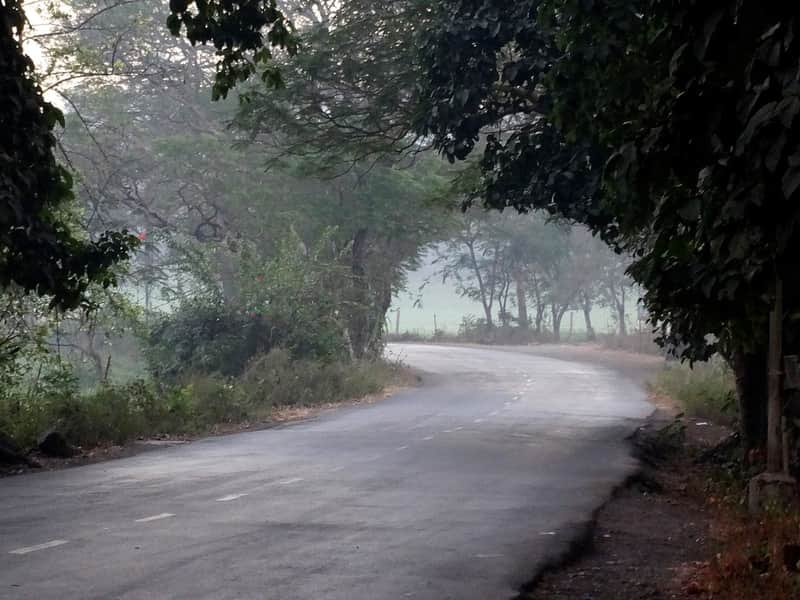 Aarey Milk Colony is easily one of the most haunted places

Although the drive through Aarey is refreshing and relaxing, few rickshaws or taxi drivers will ever take you down the road at night. This is because many of them believe that the road inside the Aarey Colony is haunted.

Bikers, as well as taxi and auto drivers, have often said that they have spotted a lady with a kid in hand asks for a lift. After she has been given the lift, her face distorts and she vanishes with a deafening yowl.

You may also like: 8 Exciting Overnight Picnic Spots Near Mumbai

Legend has it that a few years ago a newlywed was brutally killed on her wedding night and her corpse was disposed of in the nearby mangroves.

Ever since then her spirit has taken to haunting the roads and vehicles that pass by. It is believed that the woman has been the cause of several accidents on this stretch. People are often advised not to stop their vehicles during the night on this road. 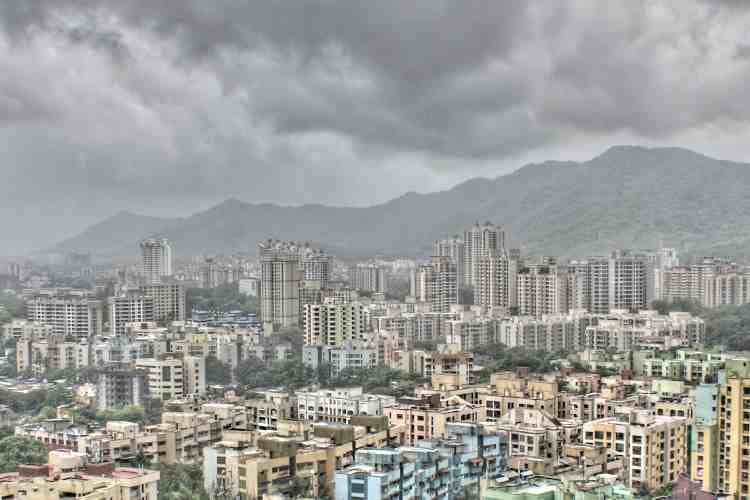 This residential housing complex is situated on the banks of the Thane creek, it has gone from being a lovely place to live into being one of the most haunted places in Mumbai. There are stories of an old depressed man who committed suicide in one of the buildings of the society.

Since then, there have been stories of watchmen that get slapped during the night shift. Some security guards also swear that they have heard unnatural whispers and have heard footsteps in the building.

You may also like: 18 Amazing Places For Trekking In Mumbai

The High Court is believed to be haunted by a multilingual lawyer.

A High Court is the most unlikely candidate for a haunting, however, believe it or not people have said that they have felt the presence of a malevolent spirit at the Bombay High Court.

The spirit is said to be that of a lawyer who practised here ages ago. The spirit seems to haunt one particular court and also sometimes scares convicts, so much so that they often confess to their crimes. People also have had demonic voices emanate from the very same court. 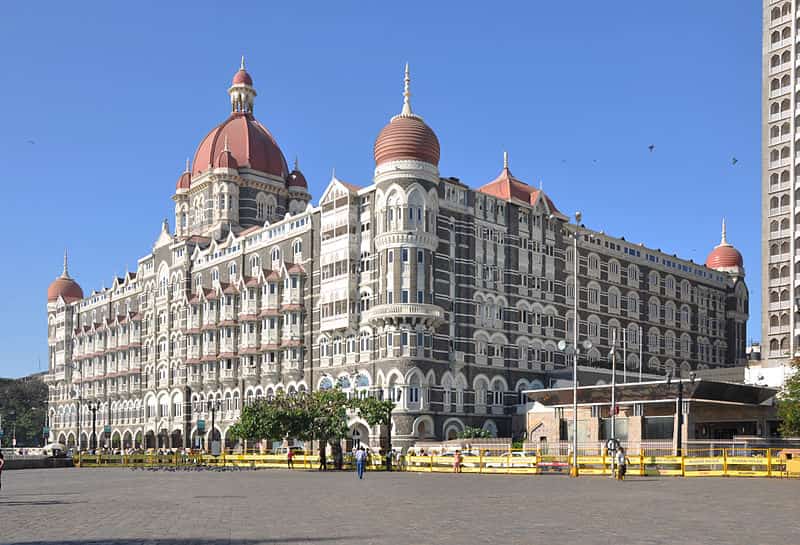 The hotel is home to the disappointed architect

The Taj Mahal Palace Hotel may be an icon of Mumbai and one of the most beautiful hotels in the world. However, it is said that the architect of the hotel (who made a crucial error during its construction) haunts the lobby at night. Many workers who work the night shift at the Taj and some guests too have seen the architect loiter in the corridors and the hall of the hotel’s old wing.

You may also like: 12 Quiet Places For A Lakeside Camping Near Mumbai Nasserwanj Wadi, where the owner still resides even after his passing

Nasserwanj Wadi is an old compound very close to the Mahim Station and belonged to a Parsi man by the name of Nasser.

Approximately two decades ago, Nasser was found brutally murdered and his body was dumped in the nearby well. Current residents claim that they have often seen his spirit inspecting the premise. Say what you wish, but that is one dedicated landlord. Poonam Chambers in Worli has been a witness to two major tragedies. A bomb blast and a building collapse. It is believed that even today the spirits of the deceased still haunt the building.

Many watchmen have heard the sound of people whispering and have heard doors rattling at night. In fact, the management of the building has taken the happenings seriously and have forbidden anyone from taking the stairs up the B wing at night.

Read: 15 Adventurous Places In Mumbai For A Fun Day

One of Mumbai’s most well-known colleges, SNDT Girls college comes with its own morbid secrets. It is said that every day at around 2 am, a woman is heard teaching multiplication tables. After she has finished teaching, sounds of children screaming can be heard.

The screams would often be heard by nearby residents who would wonder what was happening at the college so late at night. People today call this the Phantom classroom. This is one of the more famous haunted places in Mumbai.

You may also like: 19 Amazing Weekend Hangout Places In Mumbai 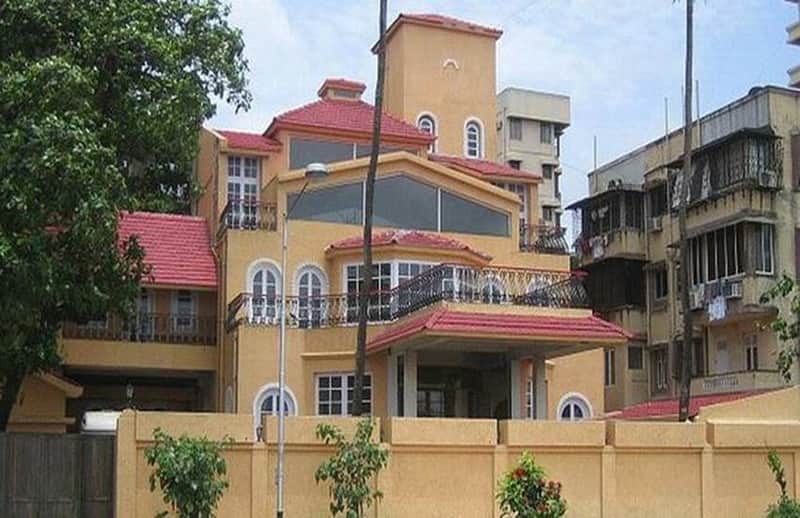 The famous Ashirwad Bungalow will always be known as the home of the evergreen superstar Rajesh Khanna. However, not many people other than locals know that it is also haunted. Servants and caretakers of the bungalow have often blamed the late star’s health and personal problems on a ghost that was apparently in the house.

Mumbai is relatively safe at night. However, there are a few sections that we advise you to stay away from, such as the ones mentioned above. Whether this is just folklore or really haunted places in Mumbai, we don’t really want to find out. Though if you dare to know more, visit these places (at your own risk) and let us know the outcome in the comments below. If you are visiting these places during your trip, then don’t forget to check the hotels in Mumbai for a comfortable sleep (if possible) after visiting these places. 16 Malls in Mumbai That Offer A World-Class Shopping Experience

Whether you are looking to revamp your wardrobe, buy gifts for loved ones or furnish your home, there are malls in Mumbai that can loosen the tightest of purse strings. ...

The 29 Truly Hidden Places In and Around Mumbai

Living in a city like Mumbai can turn to be quite a task owing to its excessively crowded streets, stations, tourists’ spots, precisely almost everywhere place you wish to go. ... 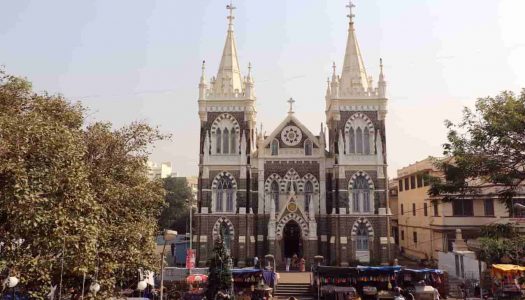 The 12 Most Peaceful & Famous Churches in Mumbai

Churches have a strong influence on Mumbai’s architectural landscape. With over a 100 around Mumbai, many of them over 300 years old, these serene, peaceful and calm structures ... 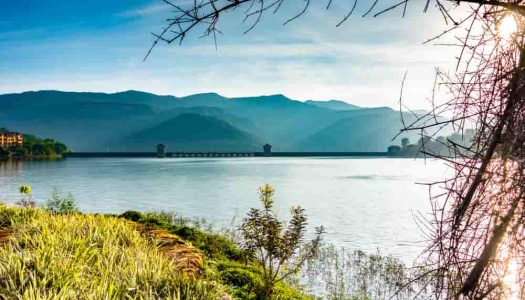 Being the richest and the largest city in India and Maharashtra respectively, Mumbai offers sumptuous fore deals to the visitors in its own way. With a wealth of around $820 ... The 15 Most Romantic Places Near Mumbai For Couples

It’s very easy to get lost in the boredom of the mundane 9-to-5 job in a city like Mumbai. It’s chaotic and very monotonous. However, with a little planning and ... 16 One Day Trips to Take from Mumbai

There comes a point every year when you just want to get away from your hectic work schedule and explore places away from Mumbai. Ideally, you would want to go ...