Experience East India With 21 Places to visit near Kolkata

Though Kolkata offers so much to see and do locally, the busy city life can get to you; what better way to relax and take a break than going on an impromptu holiday close to home? The surrounding districts are not only naturally magnificent places to see but also have major religious and cultural significance.

Temples, lakes, forests, museums, gardens and parks are just some of the many wonderful ways to explore your region and get to know your cultural heritage as well as take it easy. So if you do happen to be in Kolkata, then be certain to check out our list of the 20 best places to visit around you.

Places Near Kolkata within 150 kilometres 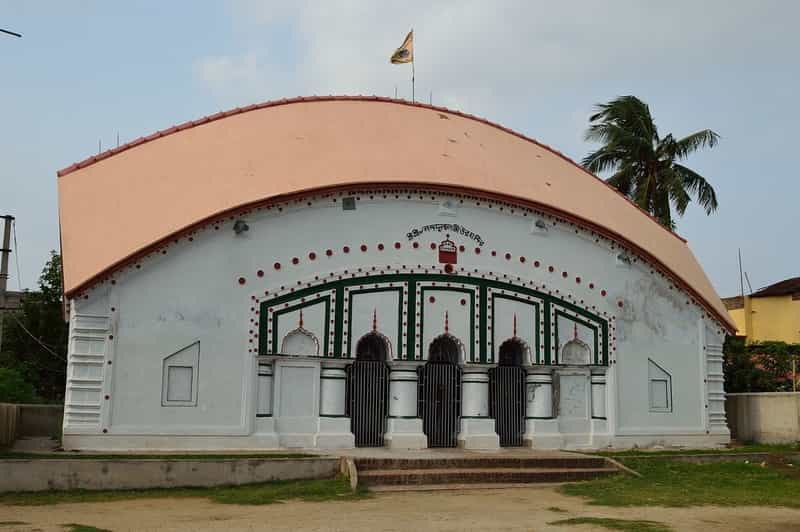 Located in the Hooghly district and just over an hour’s drive from Kolkata, the small city of Chandannagar has had a turbulent history; with many erstwhile rulers like the Nawabs, English and French, all leaving their influence, has developed the place as a unique meld of what is Indian and European.

Suggested to Read : Things Kolkata is Famous for 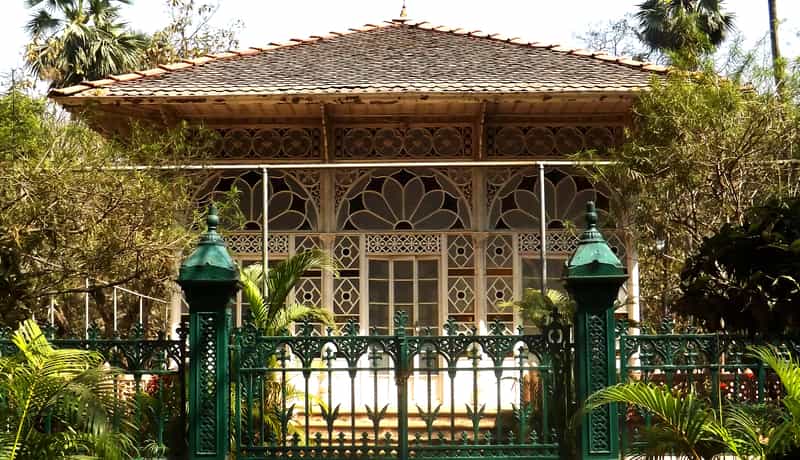 The little town of Santiniketan may primarily be famous for being the home of Rabindranath Tagore but over the years it has gained popularity with visitors from surrounding states coming to take a break from the hustle and bustle of the city and enjoy some rest and relaxation in a very civilized place. A university oriented town, the area is busy with students and as a result, many fun things to do and places to visit. 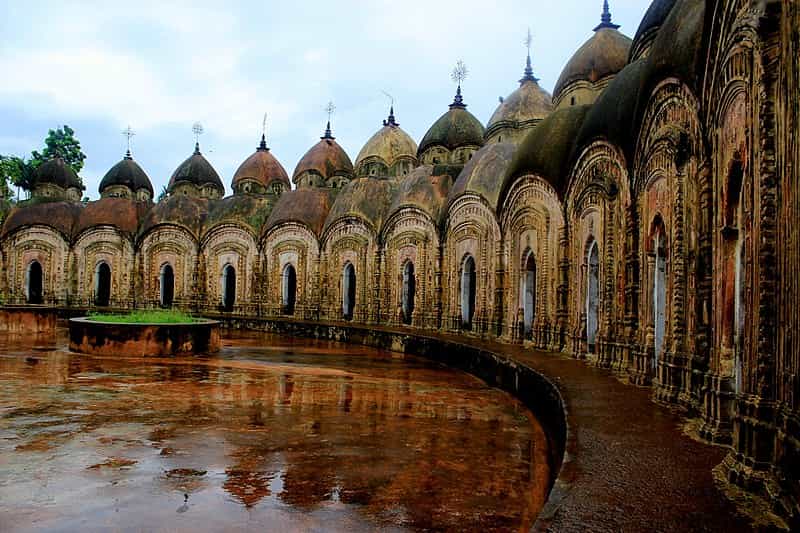 Just over one hundred kilometres from Kolkata by road, Bardhaman is a small town near the Damodar river that has lately become a popular place for those living in the neighbouring districts to visit. The area is diverse on account of its history and as such has much to see and take in culturally. The nature garden, deer park and lake in this little city are common spots for visitors to go as are the numerous temples and other religious sites.

Must Read : Places to Visit Near Kolkata 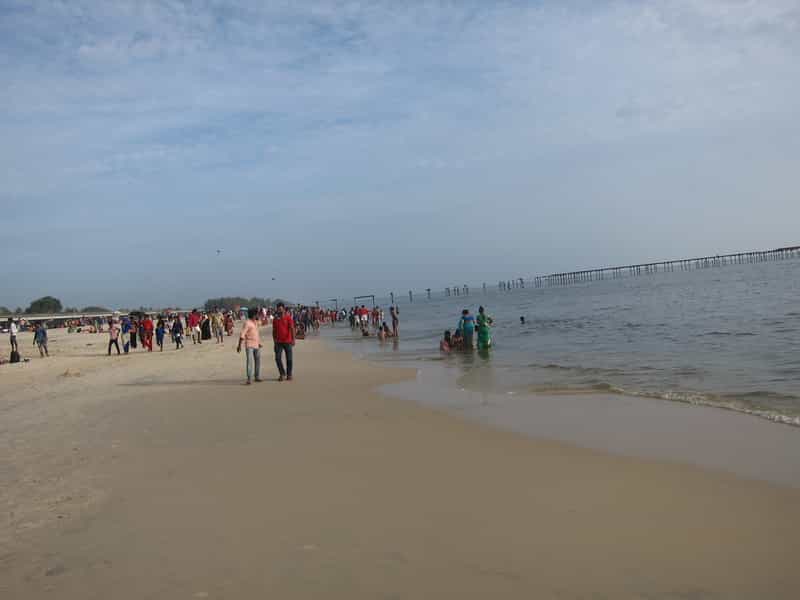 Part of the Sundarbans island group, Sagar Island, or Ganga Sagar as it is also known, is at the Ganges and Bay of Bengal confluence. Host to the second most attended festival in the world, the Gangasagar Fair held in January sees hundreds of thousands of visitors each year and is a good time to experience the faith and rich diversity of the nation. The island is also a major attraction during the rest of the year due to the peaceful atmosphere and beautiful, natural surroundings. 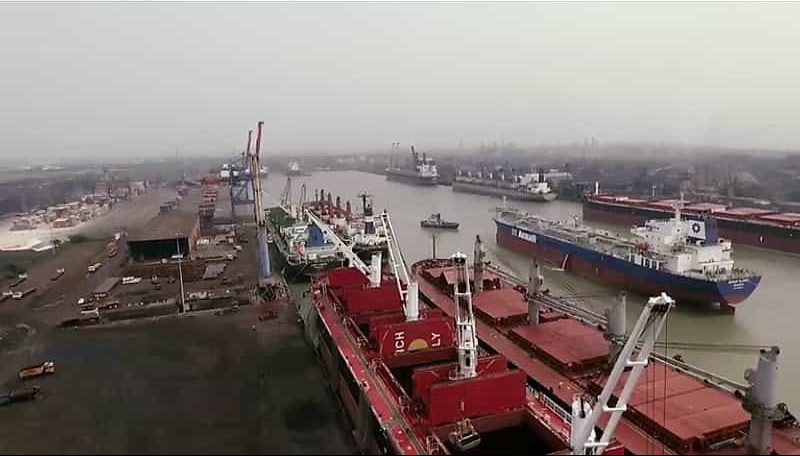 The humble river port town of Haldia may have more to offer than meets the eye and has often been overlooked as a tourist destination. Rich in heritage and culture, the area is not only got numerous ancient temples and religious sites to visit but also some great local markets with good deals and of course delicious Bengali food. 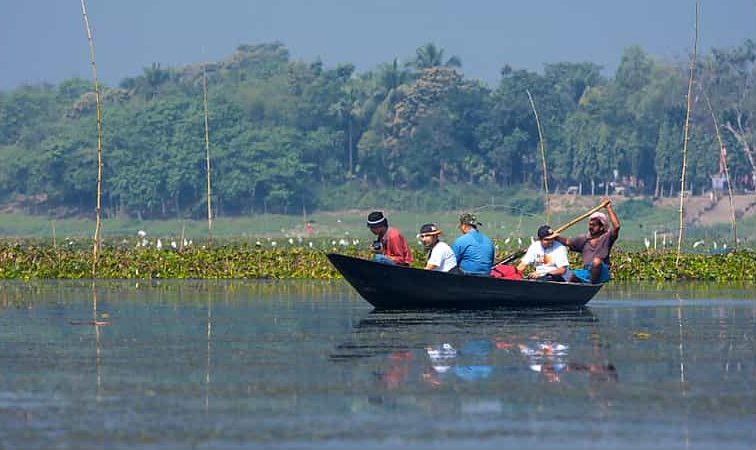 Bird watching on the lake in Navadvipa

Approximately 3 and a half hours from Kolkata by road, Navadvipa is a holy town literally meaning nine islands. With nearly 200 temples to visit, there is even more to do if time permits such as exploring the beautiful winding forest paths, bird watching and enjoying some traditional local cuisine in one of the many small villages in the area.

Places Near Kolkata Within 150 to 250 kilometres 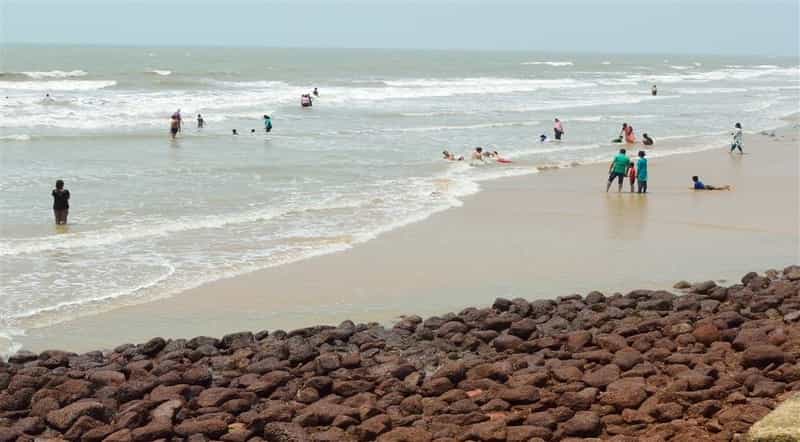 Shankarpur is considered a beach destination in these parts

A beautiful fishing town located less than four hours by road from Kolkata, Shankarpur is also well known for its pristine beaches. For a break from the city, take a drive down and enjoy a day on the sand with family and friends. Plenty of little restaurants around the area serving delicious local, fresh seafood adds to the charm and enjoyment within this tiny community. 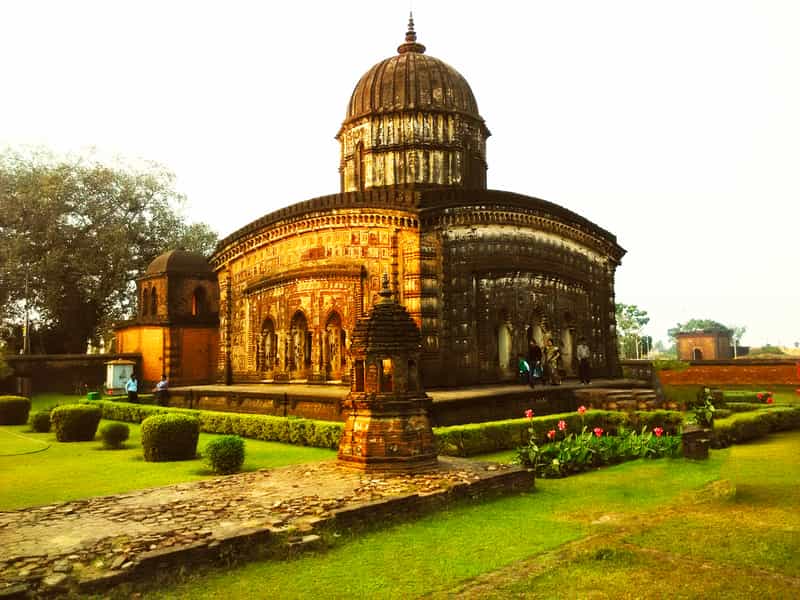 Famous for its beautiful terracotta temples, this small town in West Bengal is just over 4 hours from Kolkata and has become a popular place for people from the city looking to unwind and take in some local culture. Rich with heritage sites and steeped in the arts, Bishnupur is one location you have to put on your list for weekend visiting. 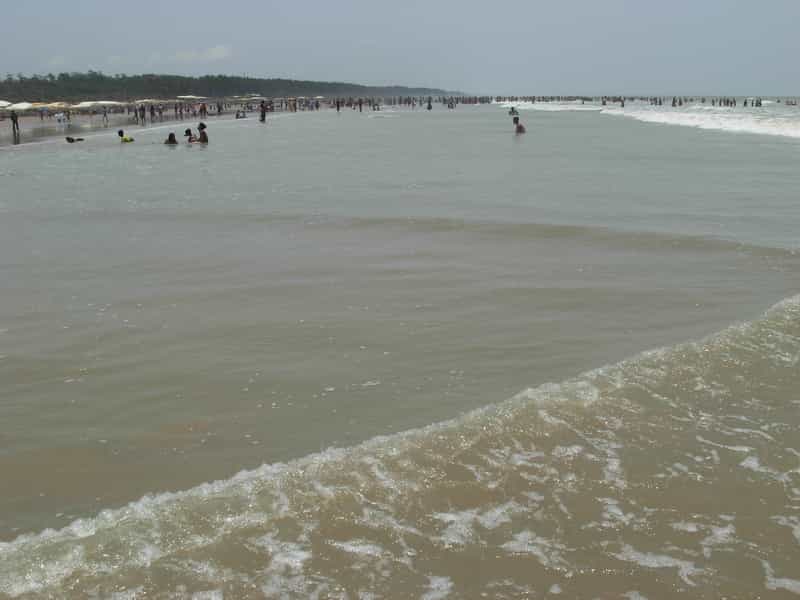 The beach at Digha is popular with locals and visitors

Merely 4 and half hours from Kolkata, Digha is a popular destination with the visitor from all over West Bengal. Plenty of things to do and attractions around this beach town makes it an ideal location to visit with family for a day or two. While here you can enjoy numerous water sports at the pristine beach and good local cuisine along with activities in the locality such as visiting the research centre and museum. 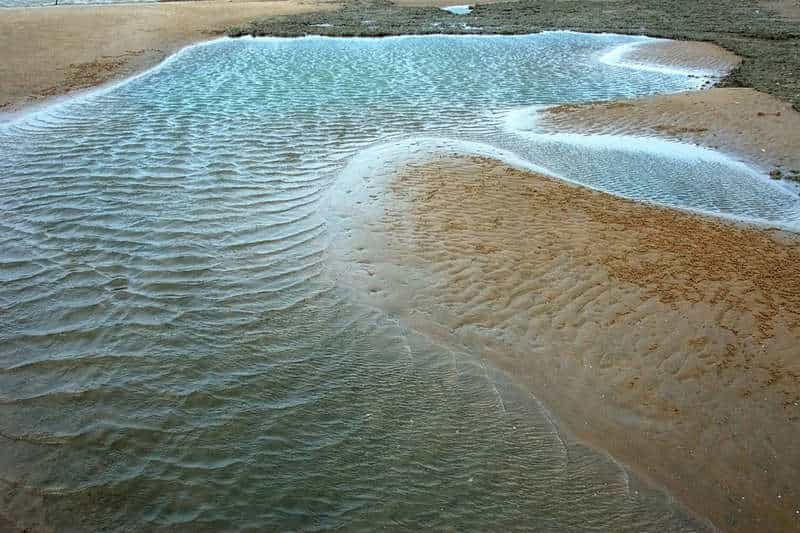 The beach at Talasari is clean and secluded

About 4 and a half hours drive from Kolkata will get you to Talasari, a sleepy little fishing village situated in the Baleswar district of Odisha. The place has remained mostly undiscovered by tourists so far and that may be the reason the entire town has a relaxed vibe with not much to occupy your time other than chilling out at the beach and enjoying freshly caught and deliciously prepared local seafood. 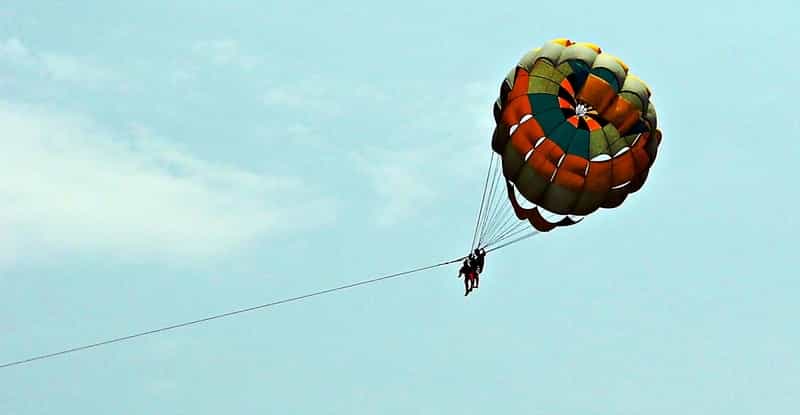 Less than 5 hours by road from Kolkata, towards to interiors of the West Bengal region, Bankura is a small town that is famous for its lush greenery, rolling hills, temples and adventure sport! That’s right, head here if you’re looking for some fun activities surrounded by the magnificent Biharinath and Susunia hills; parasailing, trekking, hiking, exploring and much more is what attracts most visitors from all around. 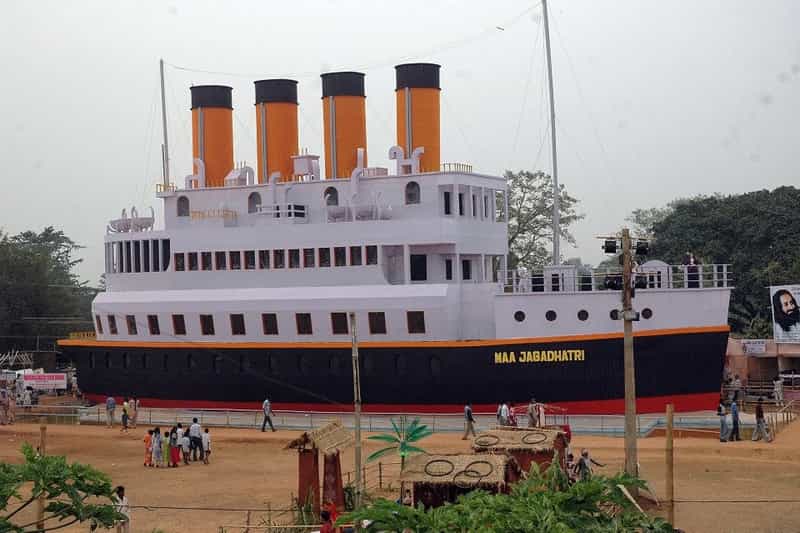 A prop at the Chhau Festival

The city of Baripada, merely 220 kilometres from Kolkata, is known for its spectacular beauty as well as being a religious hub. Home to some of the oldest temples and other historic sites, the city is a great place to head out to over a weekend for some sightseeing and exploration. A tiger reserve in the area offers safaris and other nature-oriented outdoor activities.

Situated in the Bankura district, about six hours from Kolkata, Mukutmanipur is a peaceful little town with dense lush forests, rolling green hills, clear waters and blue skies. A popular weekend getaway for many Kolkata residents, the places have adapted to the demand of visitors and as such has numerous budget hotels as well as a plethora of restaurants serving delicious local dishes. Home to the second largest dam in India, Mukutmanipur is also known for its nature parks and temples.

Tourist Places Near Kolkata Within 500 Kilometres: 250 to 350 kilometres from Kolkata

Along the beautiful Orissa coastline, Chandipur is the secluded seaside town of the Baleshwar district. With an amazing beachfront that recedes up to 4 kilometres during the low tide, the wonder that is mother nature can be witnessed right here during dusk and dawn. Roughly 300 kilometres from Kolkata, this beach town is familiar to visitors from surrounding districts and as such has plenty of things to do like water sports, trekking, sightseeing etc. 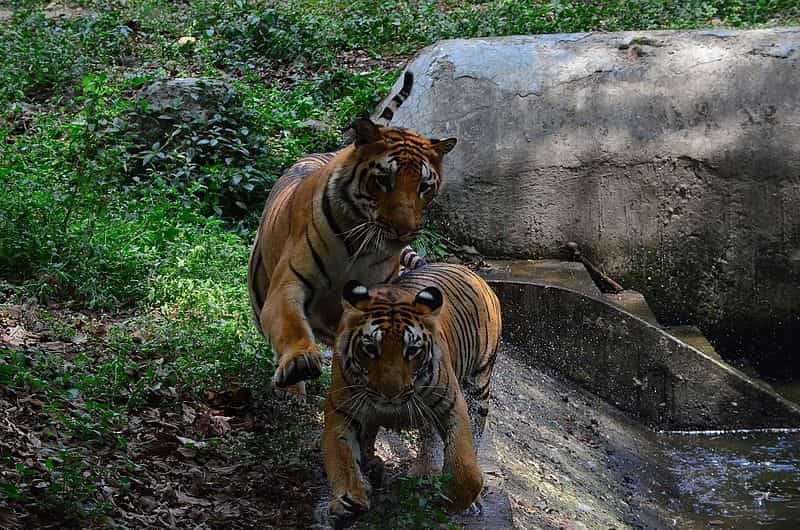 Take a wildlife safari in Jamshedpur

With its appealing and planned infrastructure, Jamshedpur, the largest planned city in the Jharkhand district, is bustling with business and industry. However, being a relatively modern city, you have so much to do here and so many places to see, that the six hours drive from Kolkata to here makes it well worth it. From nature parks, sanctuaries and lakes to modern architectural wonders and amazing local food, visiting Jamshedpur is a must.

Must Read : Water Parks in Kolkata 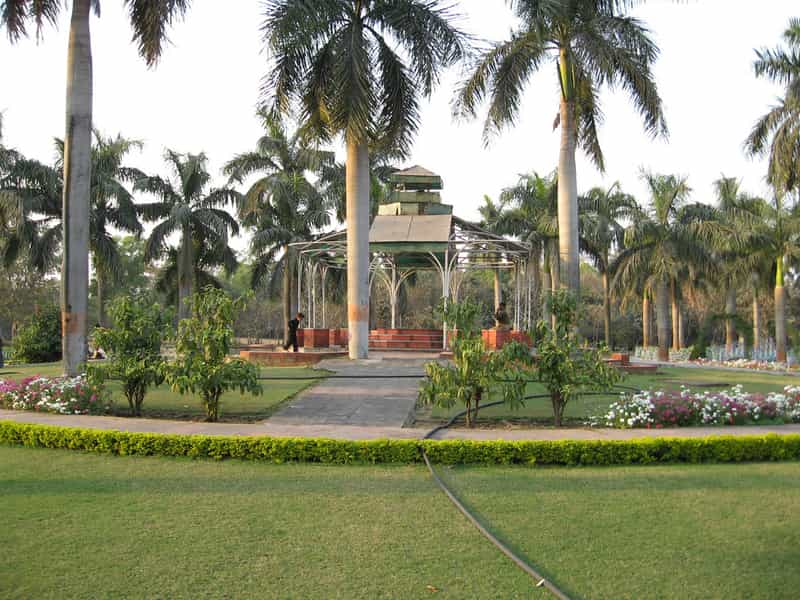 The centre of the Nations industrial revolution in the 60s, the region is now a picture of natural beauty with its lakes, lush greenery, parks and heritage sites. A strong Bengali influence can be seen in a lot of the culture and cuisine too. Just under seven hours from Kolkata, a trip here is a great idea if you’re looking to escape the city from a few days. 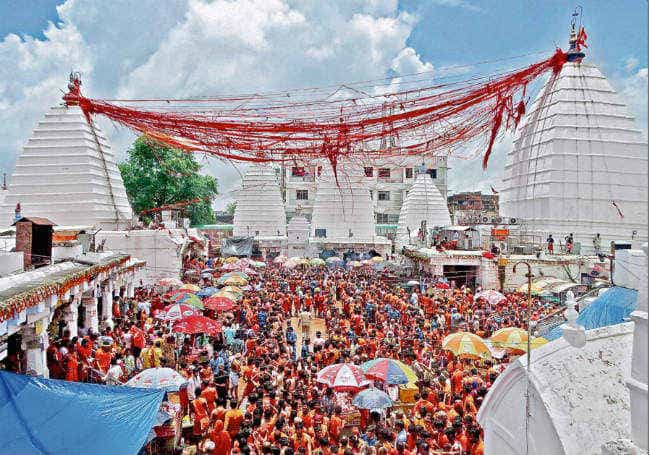 Deoghar is a big religious attraction

A popular religious destination for visitors from around Jharkhand, Deoghar is also home to the very important Baidyanath temple; one of the twelve of Jyotirlinga. The place once called home by Hyder Ali and Tipu Sultan, still has remnants of the past glory as well as evidence of the current economic prosperity the region has seen due to major industry. Apart from religious sites, Deoghar has many tombs, military, regal and natural sites to explore.

Places Near Kolkata Within 500 kilometres

Take a boat tour of these backwaters

A UNESCO heritage, the Sundarbans, meaning beautiful forest, is host to the largest mangrove forest in the world. About 400 kilometres north of Kolkata, the place is a must-visit destination for anyone looking to spend a couple of days away from the city. The place, a haven for any nature lover has many ecological parks and reserves to see as well as other outdoors activates like trekking, rafting, safaris among others to participate in. 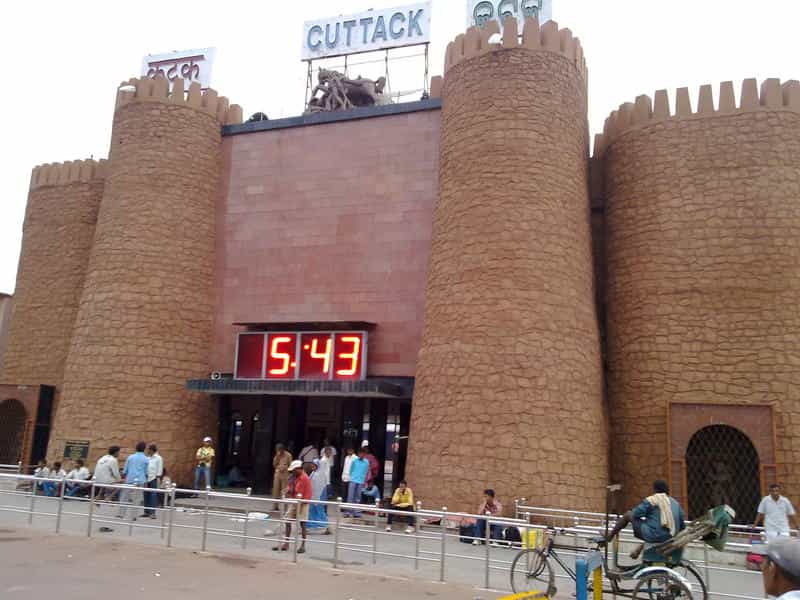 The millennium city of Odisha, Cuttack

This well-planned city is the commercial capital of Orissa, has been blessed with great infrastructure and also many tourist-oriented activities. A centre for business activity, the area is full of great shopping such as local handicrafts and artefacts as well as religious and nature sites to visit and relax. The local kite festival in January and the Baliyatra celebrating ancient trade links, are some events you should try not to miss.

At over 2000 feet, this well-known hill station during the British Raj days has become a go-to destination for those living in Kolkata looking for some beautiful scenery accompanied by amazing weather. Bestowed with lush forests, numerous waterfalls and magnificent wildlife, the city of Ranchi also offers a couple of museums and a research institute for visitors to get an insight to the history of the region. 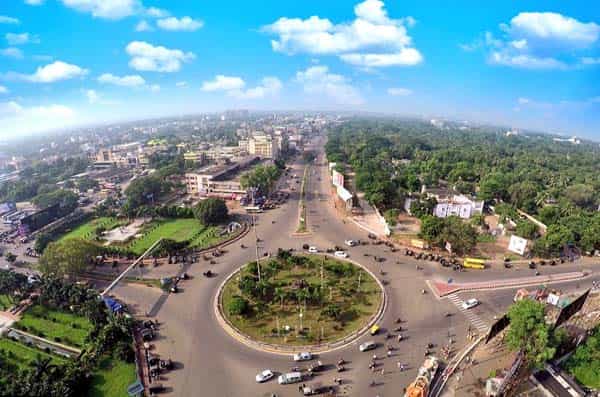 Past and present coexist at Bhubaneswar

About an eight hour drive from Kolkata, the temple city of India, Bhubaneswar literally meaning Lord of the Universe, is a must visit places for anyone looking to get in touch with their spiritual side. Magnificent temples and other ancient religious and historic sites are a must see in this busy yet surprisingly peaceful and beautiful city. Having grown accustomed to so much tourist traffic, Bhubaneswar has also adapted with so many hotels and restaurants cropping up over the decades.

With so much of choice all around for places to visit near Kolkata within 500 kilometres, there is absolutely no excuse not to head out to one or more places on our list and start your adventure in this region. Got any questions? Let us know in the comments. 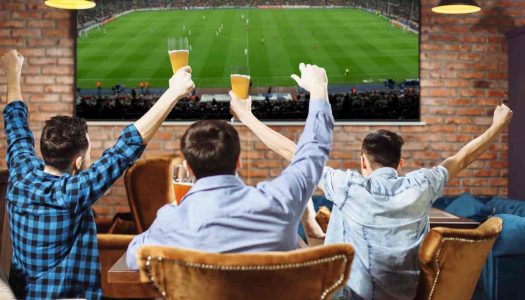 17 Sports Bar in Kolkata for the Thrill & Fun!

Watching live matches in sports bars in Kolkata is a craze. A city that is so passionately involved in sports has some excellent sports bars. Whether it’s raining goals or ... 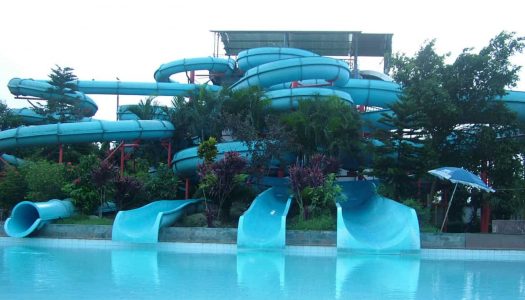 Finding a better place to beat the heat these days is a big challenge especially in India where the temperature in summer days becomes hard to deal with. No matter ... 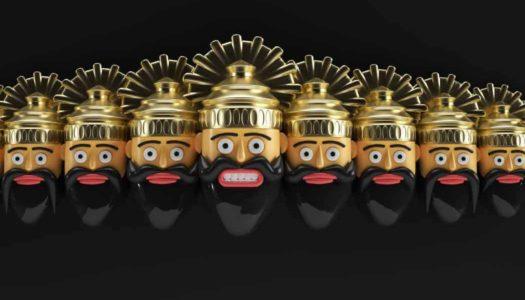 India is known for its exuberant energy. India celebrates a plethora of festivals throughout the year. Smiling faces and committed souls – the colors of India’s diverse cultures and rituals ... 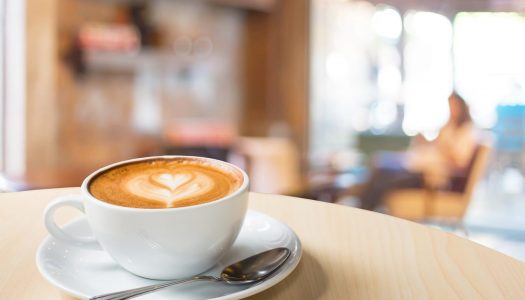 30 Awesome Cafes in Kolkata for an Exquisite Experience

Cafes in Kolkata have grown into so much more than just places to have coffee. You can catch up with friends, have a romantic date, read at peace, or share ... 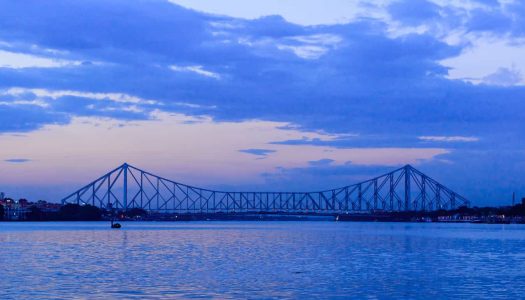 Kolkata, which is often called the city of joy is one great destination which is rich in many monuments which reflects the beauty of the glorious past. The city was ... 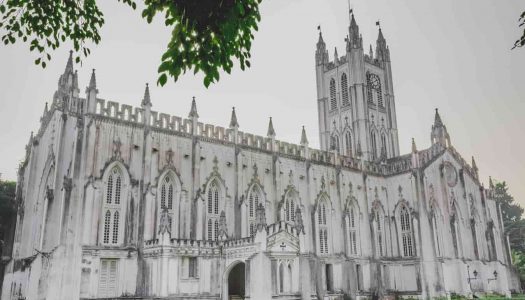 7 Captivating Churches in Kolkata that Calls for a Must-Visit

Kolkata is another place where you will see some of the most beautiful and old churches in India. The community of Christians has contributed more towards the religious side ...