The natural valley systems in the Karnataka region has made for an abundant creation of lakes, both man-made as well as naturally forming. In recent years, the importance of these water bodies that provide supply for irrigation and consumption have been recognized and steps to renovate and maintain these national treasures have been taken.

These efforts by the Government and citizens alike have resulted not only in restoring the natural beauty and ecology in the region but also in a lot of fun activities that attract visitors from near and far. Boating, bird watching, trekking, nature and theme parks are just some of the exciting things waiting for you. Here are 15 most magnificent lakes in Bangalore.

Popular Lakes in Bangalore – Plan a Trip this Weekend 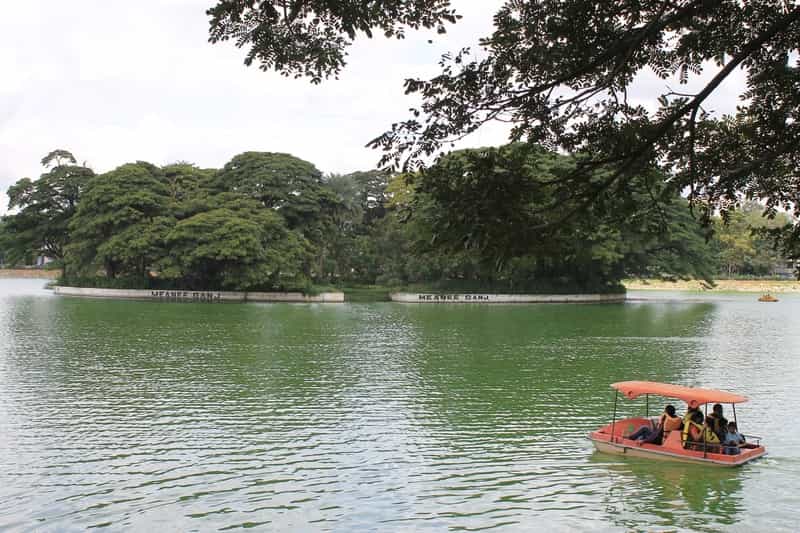 One of the largest and oldest in city, Ulsoor Lake is situated on the eastern side of Bangalore. Spread over a 120 acres, with numerous islands and a 3-kilometer shoreline, this spectacular water body dates back to the time of Kempe Gowda. Being close to M G Road, access is easy.

You can trek around the vast garden areas, go boating or just relax and enjoy the beauty of Ulsoor, the area after which the lake takes its name. 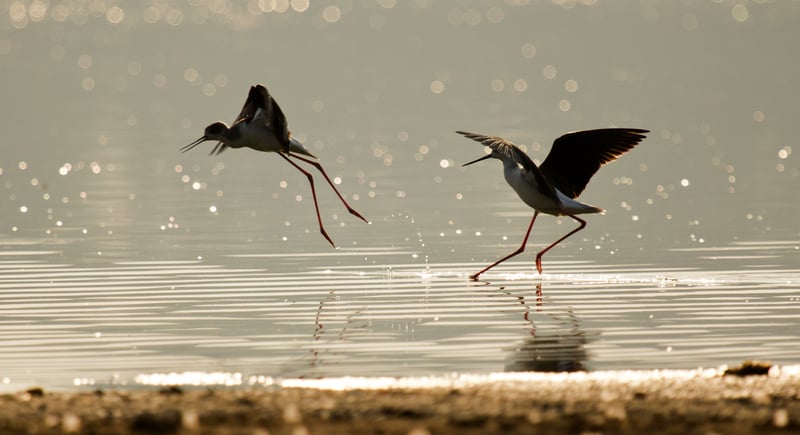 Hebbal Lake is one of the three lakes created during the Kempe Gowda era, in the sixteenth century. This man made “tank” was constructed by making bundhs and damming the natural valley towards the north of Bangalore city.

Just an hour’s drive from the main city, this lake park is the perfect place to head to early in the morning and enjoy the sunrise, a walk or some yoga by the waterfront.

You may also like: Popular long weekend getaways from Bangalore 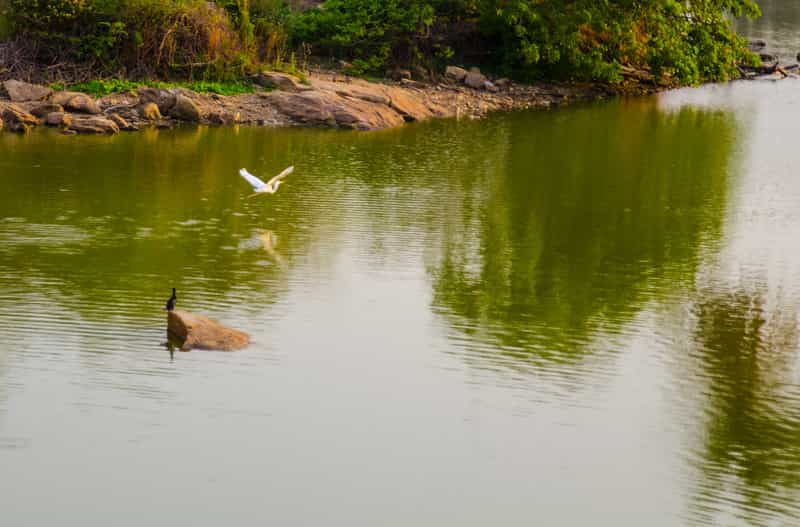 A haven for bird watchers and nature lovers, this lake situated in the heart of Bangalore city is blessed with nature’s bounty. The equally famous Lalbagh Botanical Gardens, to the north of the lake, is home to dozens of bird species not to mention the ancient trees that form their habitat in the midst of this bustling metropolis.

The twin islands peeping out of the water are unique too as they are accessible by pathways connecting each other.

You may also like: Popular waterfalls near Bangalore for a fun Trip 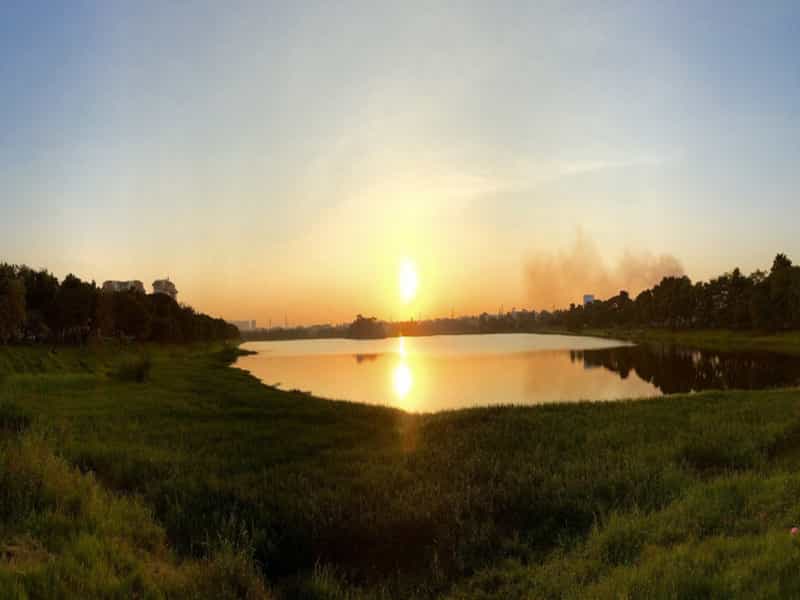 Located on the Outer Ring Road, this almost 100-acre lake has a park on one end and a jogging track encompassing the shoreline. Just outside the main city, Agara Lake is a great place to go bird watching and is rich in biodiversity.

Initiatives and clean up drives by citizens and organizations in recent years have ensured that Agara lake is well loved and looked after. The lake is especially mesmerizing at night, reflecting the surrounding city lights. 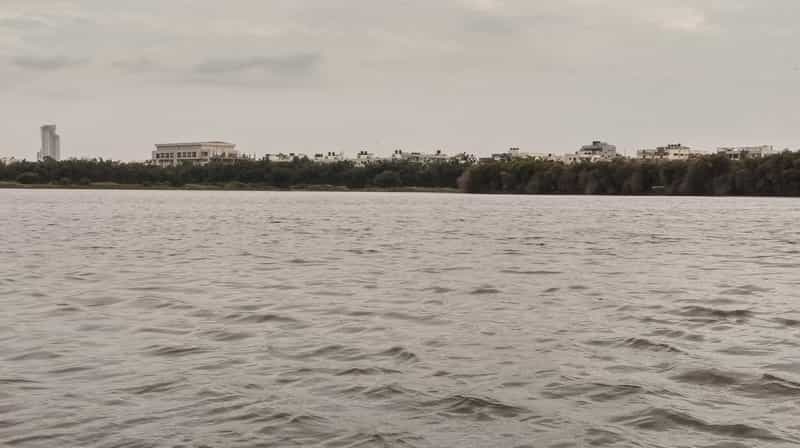 Spread out over a hundred hectares, this vast water body is said to have been built overnight more than 300 years ago. Gaining its name from the local washer men or madiwalas, the lake used to provide water to surrounding villages and fields.

In the last decade or so, the Karnataka State Forest Department has successfully managed and restored the lake to its original splendour. With a children’s park and boating, Madiwala Lake can be an exciting day out with the family.

You may also like: 38 Popular weekend getaways from Bangalore 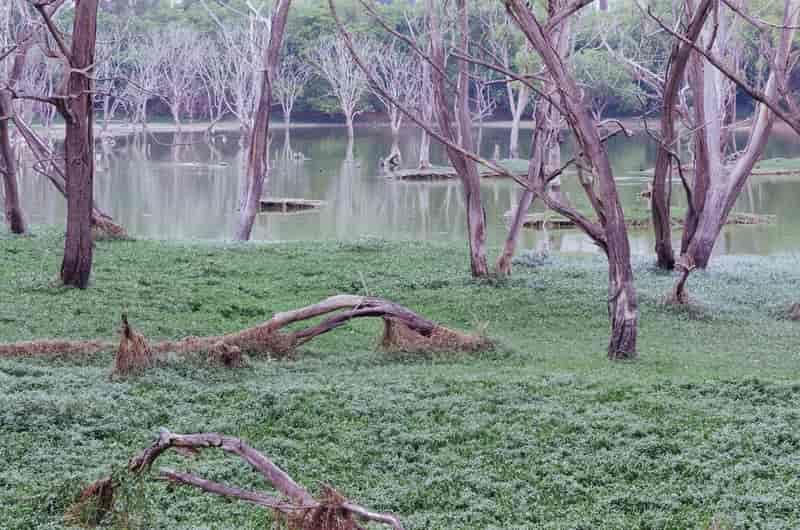 One of the best-maintained lakes in Bangalore has to be the Kaikondrahalli Lake. Just beyond the Outer Ring Road, about an hour’s drive from the main city, the pet-friendly park and jogging track adjoining is a favourite with bird watchers and photographers too.

Locals can be seen here mornings and evenings on their routine walks but the lake is popular with visitors as it is one of the best in the city. 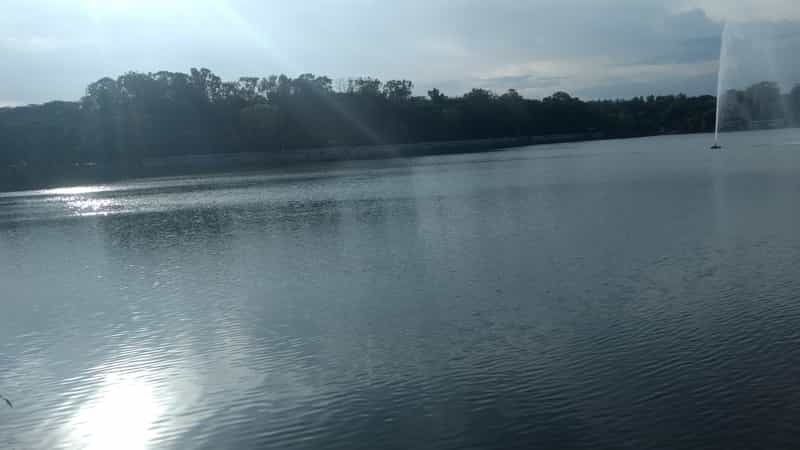 Constructed in 1882 as a safeguard against drought, Sankey Tank is connected to the Dharmambudhi and Miller tanks and covers over 35 acres. An ideal spot for bird watchers, the surrounding is home to a variety of species.

The Mayura Sankey Boat Club offers plenty of fun-filled activities from boating to picnicking on the island located in the middle of this artificial lake. The Forest Department run park has a plant nursery and there is a pool for swimming, too! 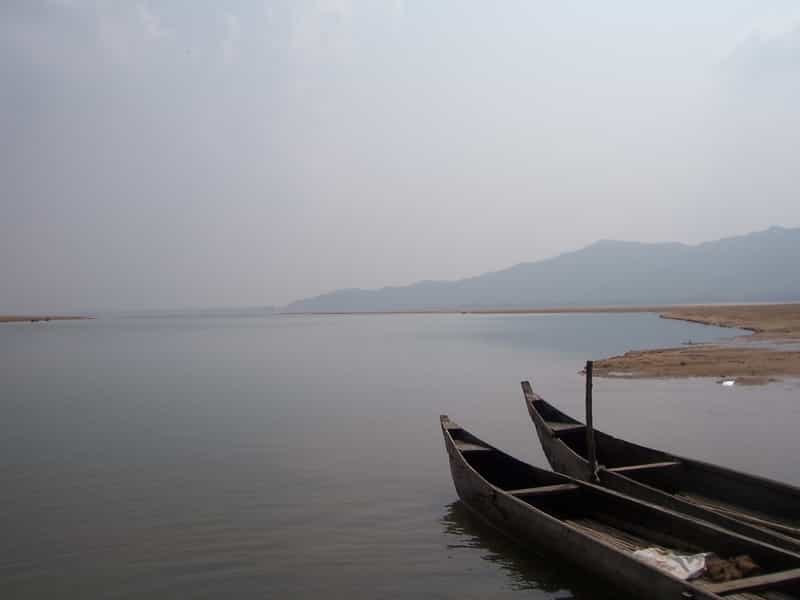 This well maintained and spectacular water body in Bangalore is probably one of the most famous and most often visited lakes. Perhaps the close proximity to Lumbini Gardens is what makes Nagavara Lake so popular.

Apart from the amazing and serene view of the lake you can also participate in exhilarating games and rides at the Lumbini Gardens next door. Boating, adventure sports, amusement park ride are some of the activities you can find here. 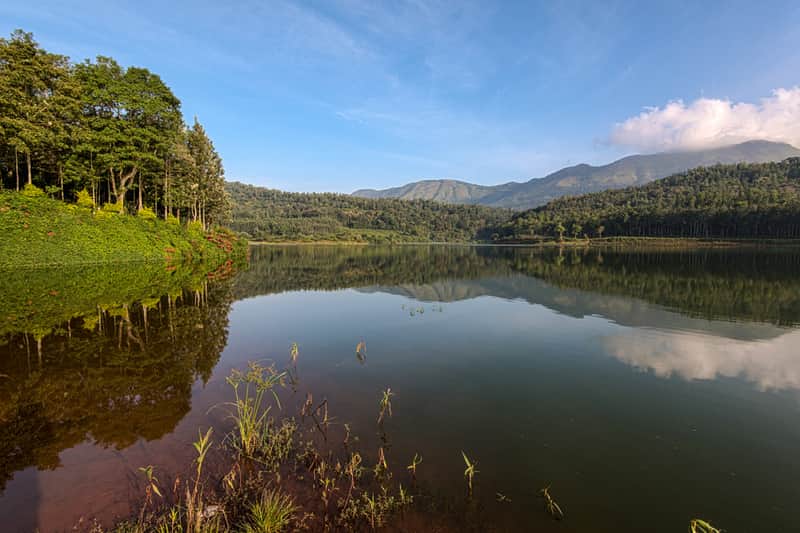 A couple of hours away from the state’s capital, Bangalore, is Chikmagalur (well-known the world over for its coffee plantations and great climate). Situated at Chikmagalur is the man-made Hirekolale Lake.

Built to provide irrigation to the surrounding villages, Hirekolale Lake is picturesque and breathtaking, with a view of the Mullayanagiri hills in the background. Take a walk through the coffee plantation or plan a picnic by the lakeside. 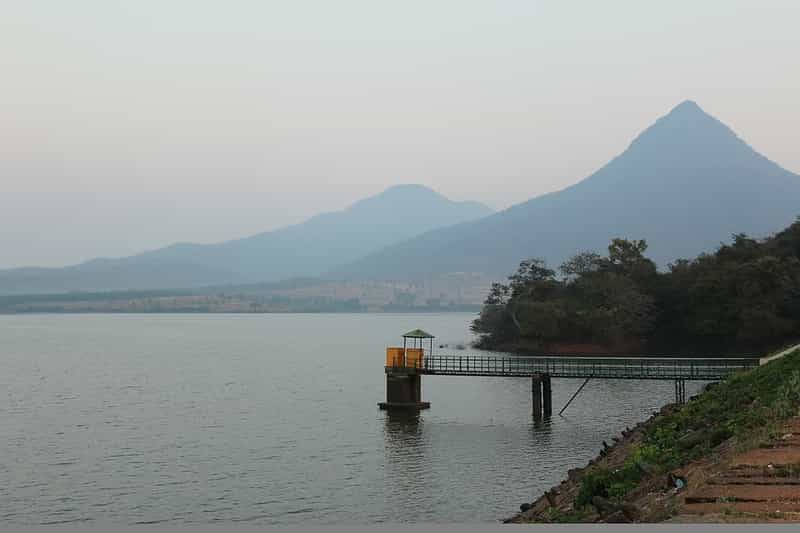 Situated at the foot of the Baba Budan Hill Range and roughly 100 kilometers from Bangalore is the Ayyanakere Lake. The second largest in Karnataka, this lake is also known as Dodda Magoda Kere and is a major attraction in the state.

Surrounded by enchanting hills, this beautiful lake supplies water to over twenty thousand hectares of farmland in the region. This ancient lake was the center of agriculture during the Hoysala rule about a thousand years ago. 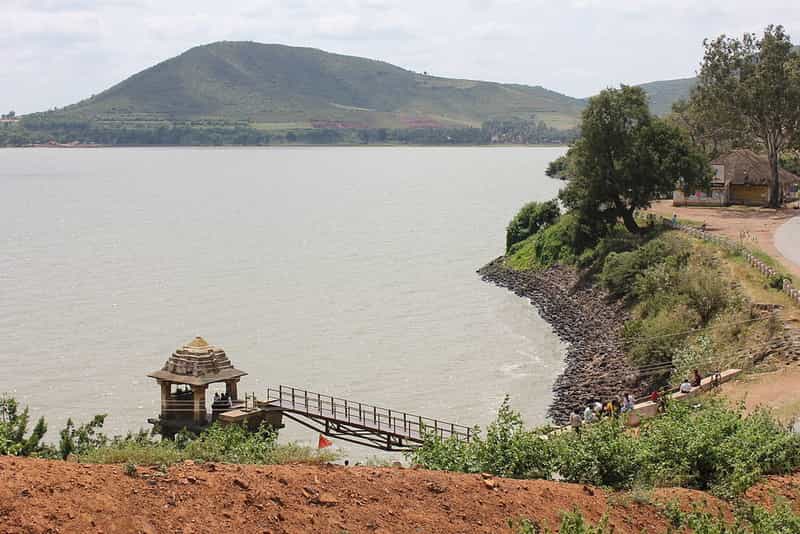 Constructed over 800 years ago and spread over 6500 acres, this megastructure is one of the largest in Asia. Supplying water to over 50 villages around the area the lake is also a popular attraction for visitors from both in and outside the state.

Restaurants, boating and a guest house are some of the facilities available but be sure to visit the Siddeshwara Temple just off the Northern bank and be amazed by the stone carvings.

You may also like: Popular Tourist attractions in Bangalore

Located at Koppal district, close to Hampi in Karnataka and south of the river Tungabhadra is this holy lake. One of five sacred lakes according to Hindu theology, the Pampa Sarovar is regarded as the site at which Parvati performed penance in order to show her devotion to Shiva.

Roughly six hours from Bangalore, Pampa Sarovar is only 30 minutes from the ancient village of Hampi; a must-visit historical sight. 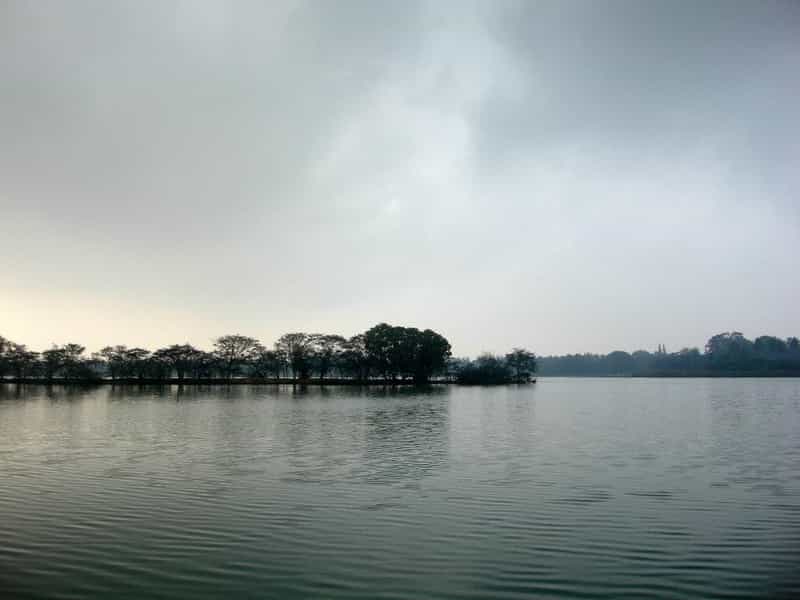 Right in the heart of Mysore city lies the Kukkarahalli Lake. This manmade lake was created in 1864 and had served as a water supply to the city for years. This water body is alive with over 170 species of birds including migratory ones, some coming from as far as Siberia!

You can see thousands of these birds roost during the winter months but the lake is teeming with life year round. Trek around the lake area or catch the sunset from the watchtower and enjoy nature within the city. 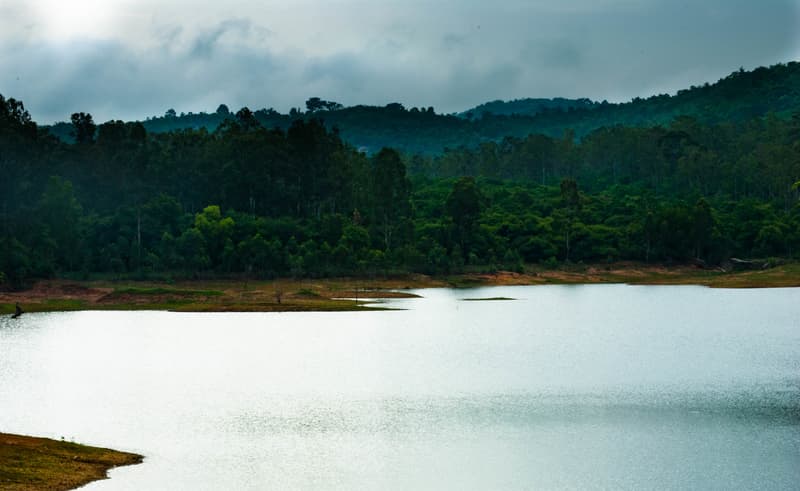 The small village of Thattekere, in the Kanakapura district, is home to only a thousand-odd residents despite being a mere 40 kilometres from Bangalore. The lake or “kere” is a famous picnic spot and attracts visitors to its banks mainly during weekends and holidays.

The Bannerghatta National Park elephant corridor is nearby as is the park’s designated bird watching areas. With the Mahadeshwara Temple to the west and the Pearl Valley waterfalls close by too, the area around is exciting and entertaining.

So no matter if you are in Bangalore or anywhere in Karnataka, you will be sure to find a lake worth seeing near you. 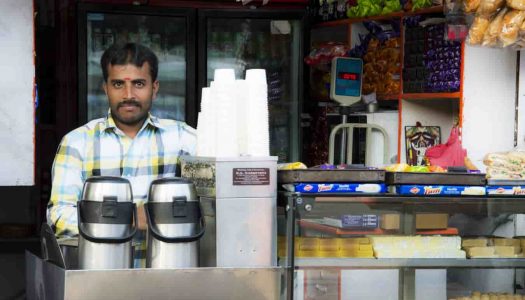 Breakfast, brunches, morning meals, call them what you want, they’re all taken very seriously in Bangalore. There is ‘n’ number of breakfast places in Bangalore. Whether or not you’re really ... 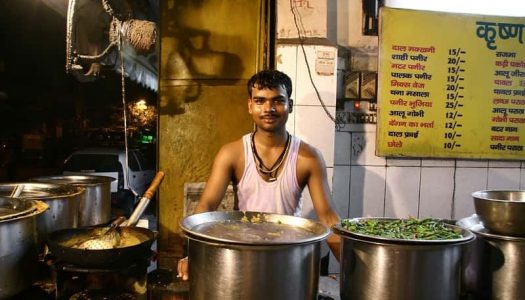 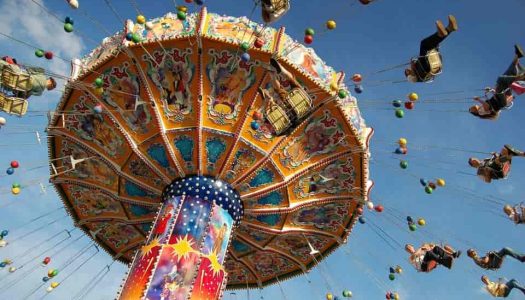 If you think that Bangalore, India’s answer to Silicon Valley, is only about work and the drudgery associated with it, you could be wrong. You can find some of the ... 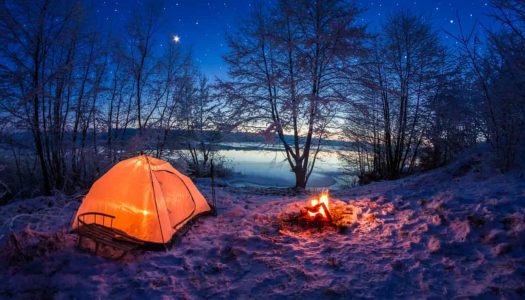 Overnight camping in Bangalore can take you away from the hustle and bustle of the IT city. It can provide you with the perfect break that will re-energize you and ... 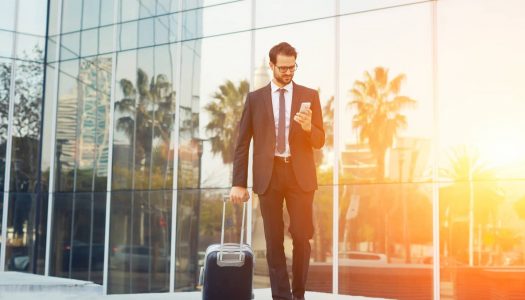 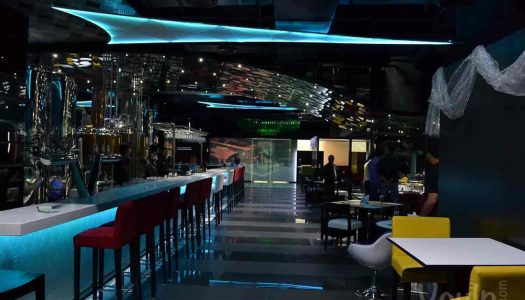 Top 20 Breweries in Bangalore for the Beer Lover in You

Bangalore’s love for beer is clearly evident from the rising number of microbreweries in the city in recent years. The best breweries in Bangalore have gained their fair share of ...