Bangalore had been known as the Garden city for a long time before globalization transformed it into the Silicon Valley of India. It is now a vibrant city, bursting with life, modernization and of course the techies.

It still has the gardens and monuments, but it also offers all things new and exciting that urbanization has to offer, like no other place in India. These honeymoon places near Bangalore is definitely the way to go!

Places within 100 kilometers- quick getaways for some time together 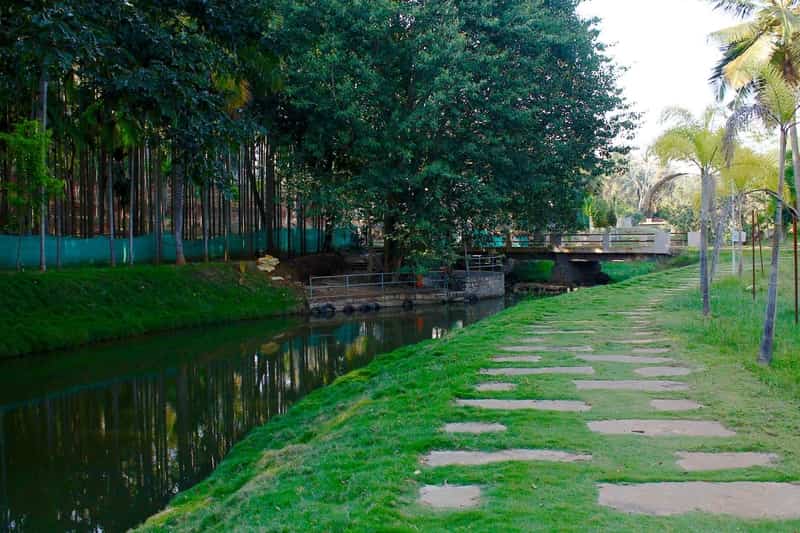 This nature camp is just 55 km from Bangalore and attracts a lot of adventure junkies, so definitely head on there if you are one. It is set in the Banantimari State Forest area near the beautiful Hosadoddi lake. 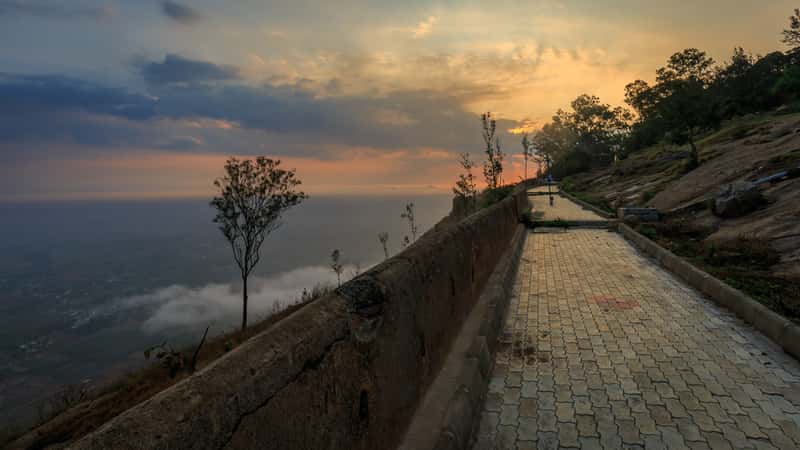 Nandi hill is a picturesque ancient fortress in the Chikkabalapur district that would capture the heart of any nature lover, making it one of their favored honeymoon destinations near Bangalore.

A drive to the hills, which are just 68 km away from Bangalore, to witness the beautiful sunrise and the stunning scenery that surrounds the hills is a must on any travelers list. Activities to enjoy here include paragliding and cycling along the terrain 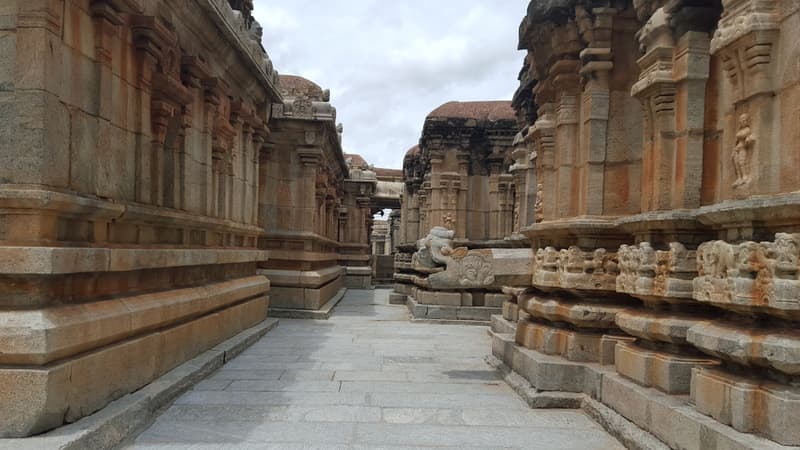 Kolar, the erstwhile capital of the Ganga Kingdom, is just 72 km away from Bangalore and makes for an easy romantic getaway. Kolar boasts of monuments and temples that are proud reminders of a bygone era, such as the Someshwara temple with its attractive individual stucco figures of SaptaMaitrikas. 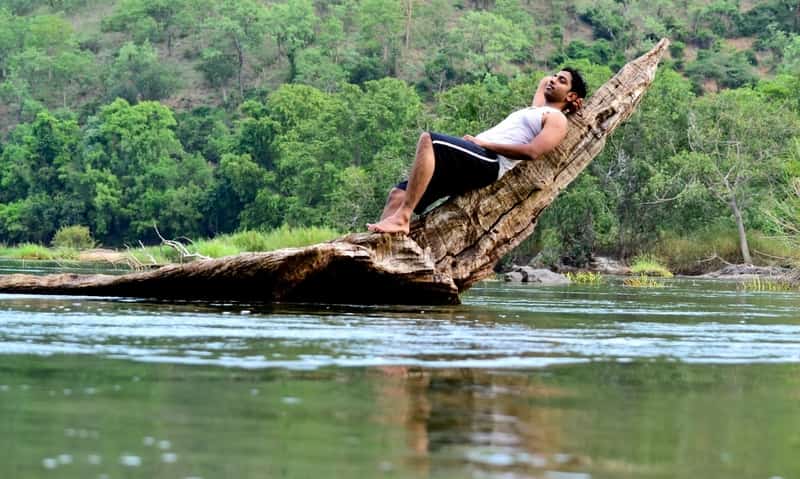 The Bheemeshawari Forests is one of the honeymoon destinations near Bangalore, located just 100 km away from it, and is an ideal spot for the couples who wish to spend time together to reconnect with nature and each other. The river Kaveri runs through the forest. Only a part of the valley is open for visitors, who need prior permission to do so.

Places within 300 Kilometres: Steal a few days away 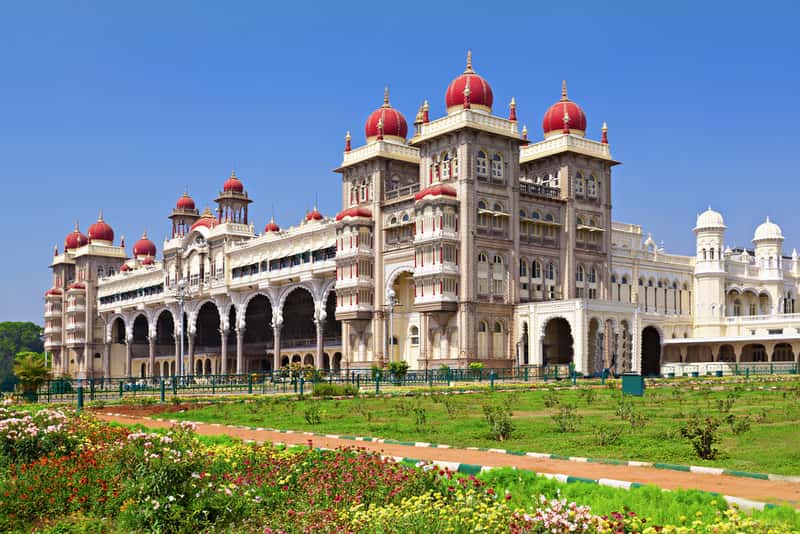 Mysore, situated 140 km away from Bangalore,  has always been famous for its palaces, royal heritage, historical significance (who hasn’t heard of the legend of Tipu Sultan), silk saris and sandalwood. When in Mysore you will be spoiled for options, for places to visit. 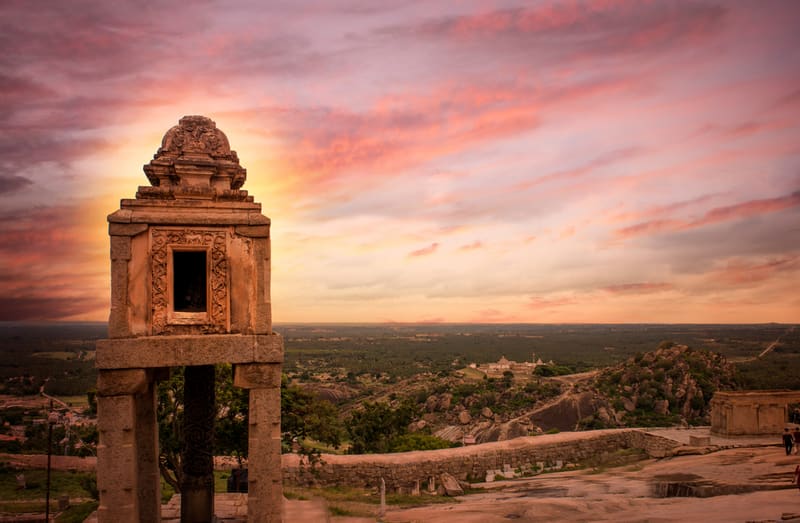 Shravanabelagola is a Jain bastion, just 142 km away from Bangalore, which boasts of Asia’s tallest monolithic statue. Situated atop the Vindhyagiri hills, stands the 52 feet tall statue of Bahubali overlooking the vast expanse of scenic land that sprawls below it.

Halebeedu, a town in the Hassan district, was the regional capital of the Hoysala Empire 214 kilometers from Bangalore. Today, the Hoysaleshwara Temple, though the sole survivor of all the grandeur that once was, hitherto the plunder of successive invaders, still tells a mean tale. This place is also a part of the golden triangle pilgrimage from Belur to Halebeedu to Shravanabelagola. 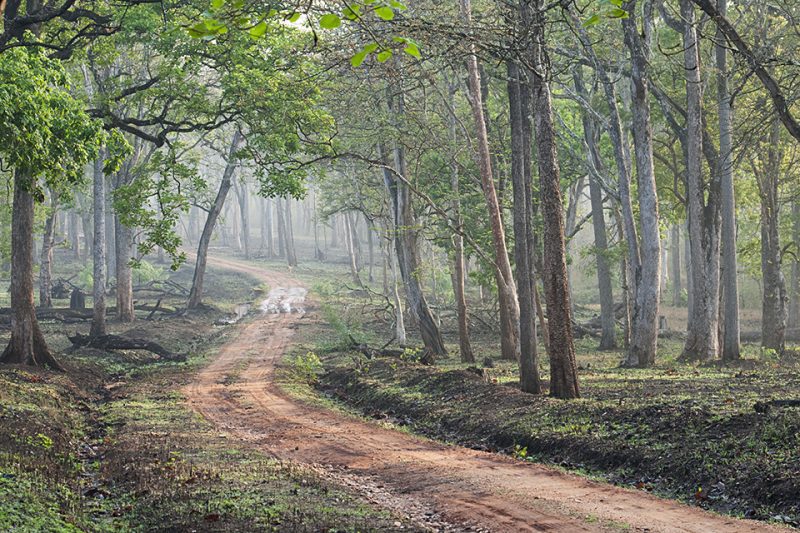 Kabini is one of the most popular wildlife destinations in Karnataka; it charms the traveler’s hearts with its lush green landscapes,  picturesque lake and large herds of elephants. Kabini is a favored spot for wildlife enthusiasts and photographers because of the sightings of wildlife.

Here one can just relax, go on nature trail walks, birdwatch or go in search of exotic flora and fauna. Kabini is 216 km away from Bangalore. 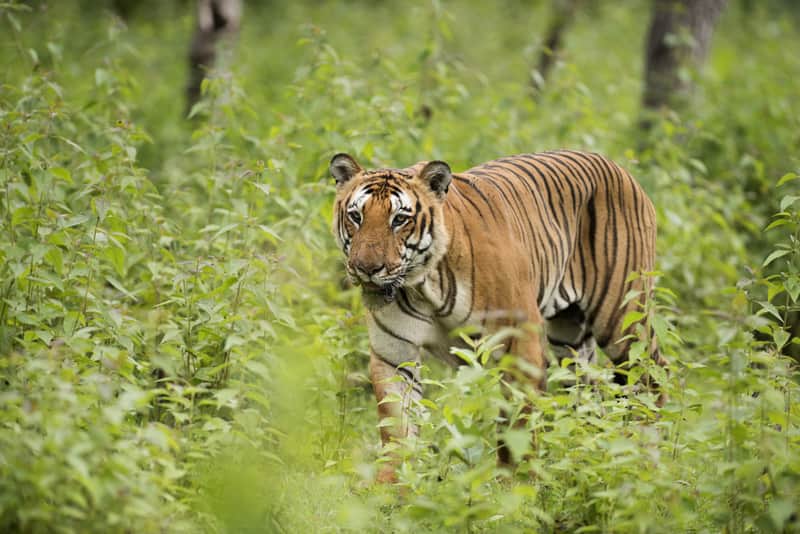 A Tiger at the Bandipur National Park (source)

Bandipur National park, 220 km from Bangalore, is an ideal honeymoon location for couples seeking to lose themselves in the wilderness that the place has to offer. Spend some time together, trying to spot some wild beasts or just listen to the numerous birds that frequent this area. 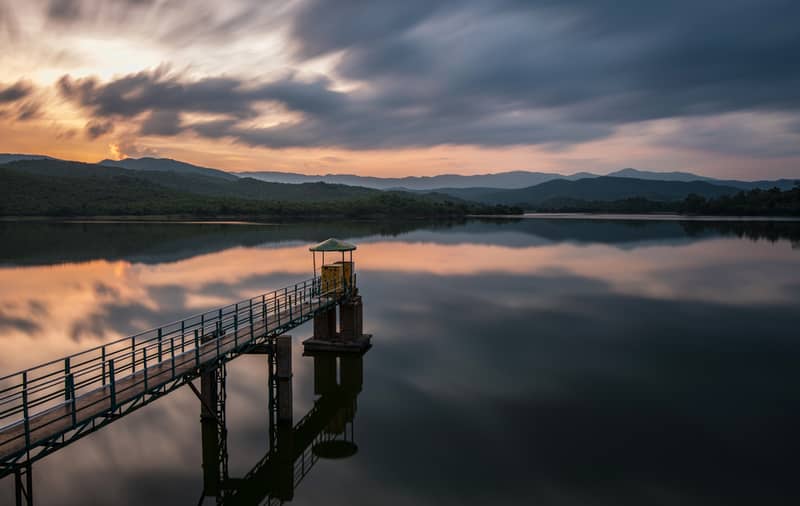 Chikmagalur is a hill station in the district of Chikmagalur,243 km from Bangalore, located in the foothills of Mullayanagiri range, the town with its favorable climate and coffee estates attracts a lot of tourists.

The Mullayanagiri range, the highest peak in Karnataka, is covered by grasslands and offers a peaceful ambiance to soothe the soul. It also offers trekking opportunities.

Also check : Things to do in Bangalore 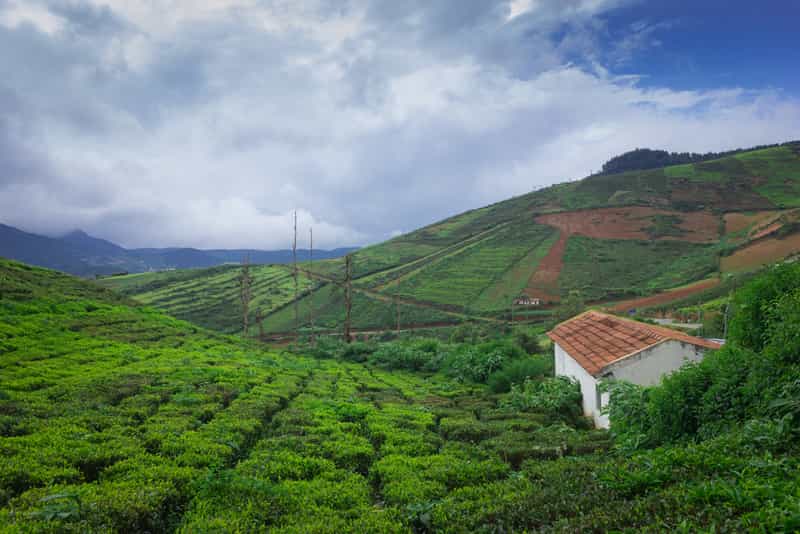 Coorg, located 249 km from Bangalore, will have you falling in love with nature and your significant other again and again, making it one of the best honeymoon places near Bangalore. The expansive greenery of the coffee plantations, the mesmerizing waterfalls and the diversity of flora and fauna all work its magic on the traveller. 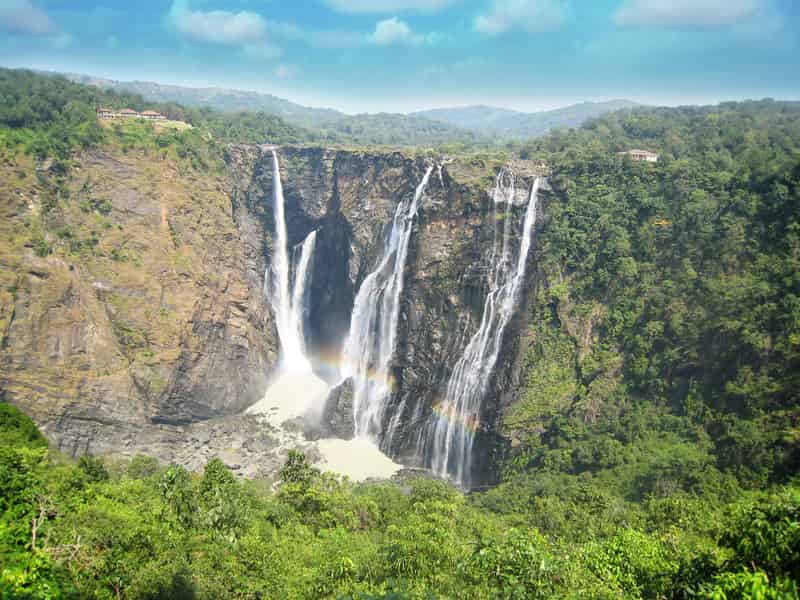 Shimoga is a city in Karnataka, 284 km from Bangalore, on the banks of river Tunga. Being the gateway to the hilly region of Western Ghats it is referred to as the “Gateway of Malnad”.

Place under 600 Kilometres- For long getaways 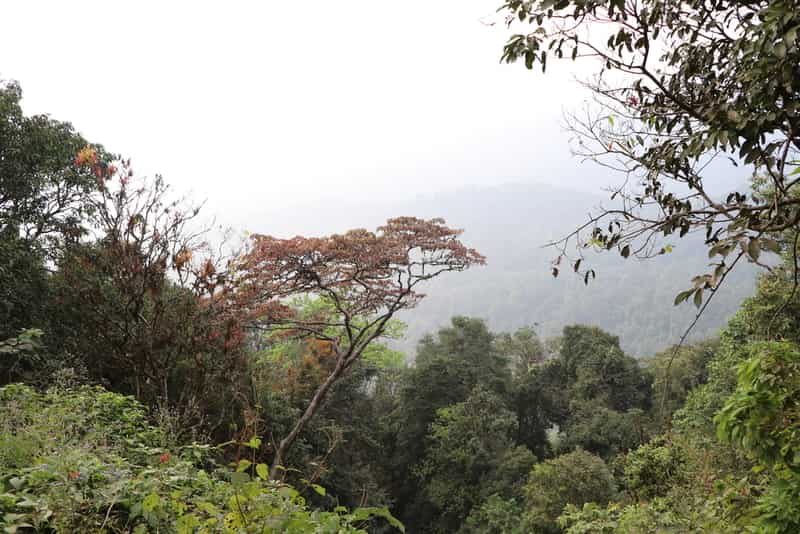 If you enjoy spectacular sunsets, sparkling streams, verdant village vistas, and an untouched rustic ambiance, Agumbe is the place for you. Situated in Shimoga district, 357 kilometers from Bangalore Agumbe and its environs are full of exciting trekking routes. Agumbe is also known as the Cherrapunji of South India. 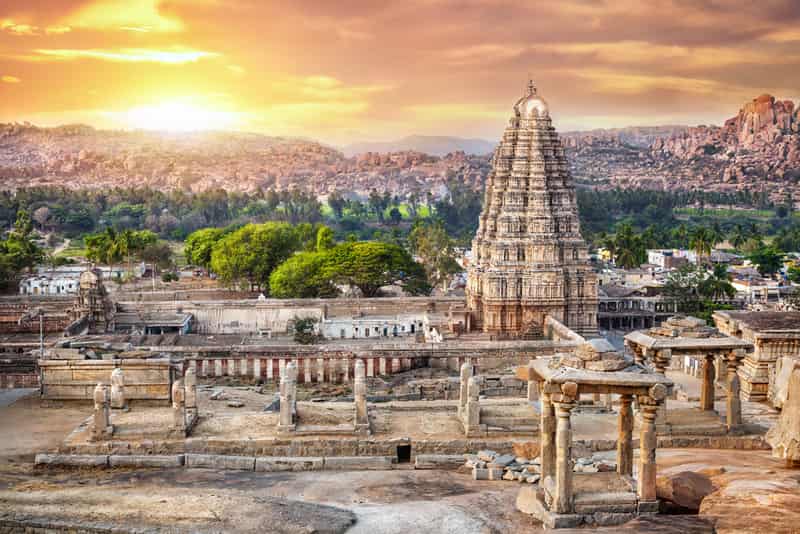 Hampi is an ancient village, 363 km away from Bangalore, dotted with magnificent ruins that have attracted travelers to it for ages. This is the perfect spot for the couples who wish to soak up in the cultural and architectural feast, that Hampi is.

There are a lot of tourist hotspots here, but the most prominent is the unfinished Vittala Temple among the ruins, which boasts of spell bounding sculptural works. 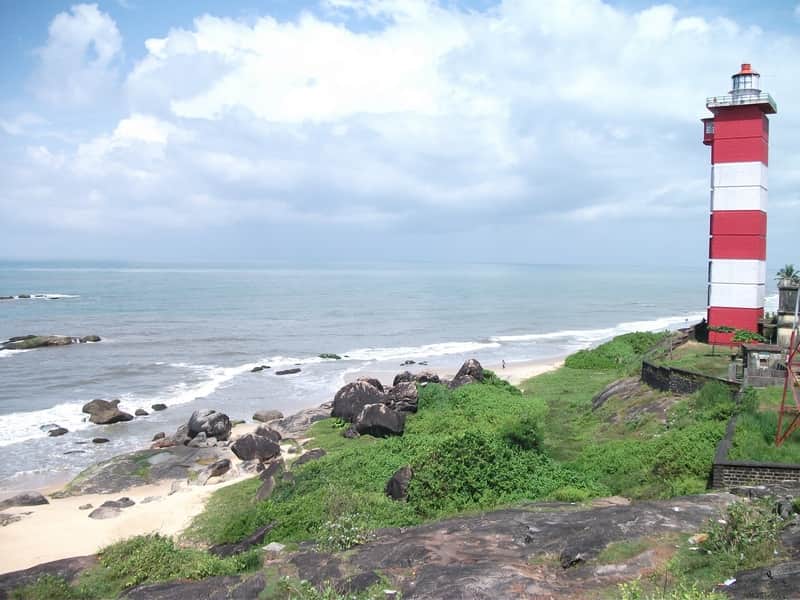 The quiet coastal town, which is 371 Km away from the capital city has some beautiful treats up its sleeves. It has an off the beaten path feel and the spicy seafood here is sensational. These are the reasons that make Mangalore one of the best Honeymoon Places near Bangalore. 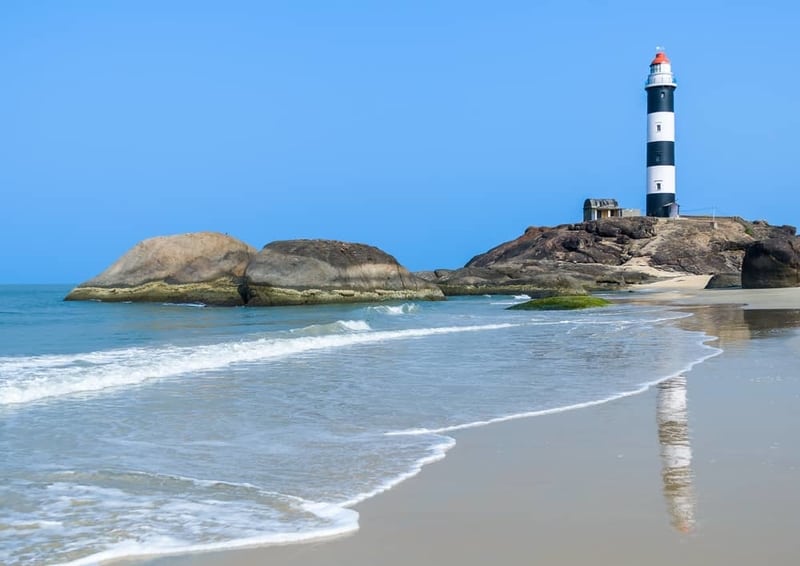 Udipi has situated 406 km from Bangalore and has a selection of beaches and temples to visit. It is connected by road and rail (Konkan railways). The nearest airport is Bajpe Airport at Mangalore

Suggested to Read : Beaches near Bangalore

These twin towns set in the same municipality are approximately 410 km away from Bangalore. While Dharwad acts as the administrative center, Hubli is an emerging commercial hub also known as small Mumbai. 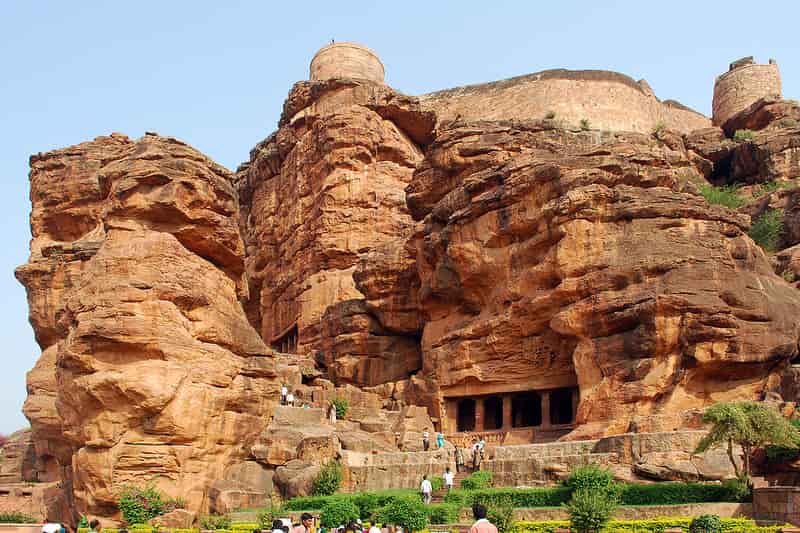 Badami, which was once the regal capital of the Badami Chalukyas,480 km from Bangalore,  is now famous for its rock cut structural temples. It is located in a ravine at the foot of a rugged outcrop that surrounds Agastya lake. Spend time walking among the ruins of one of the preferred places near Bangalore for a honeymoon. 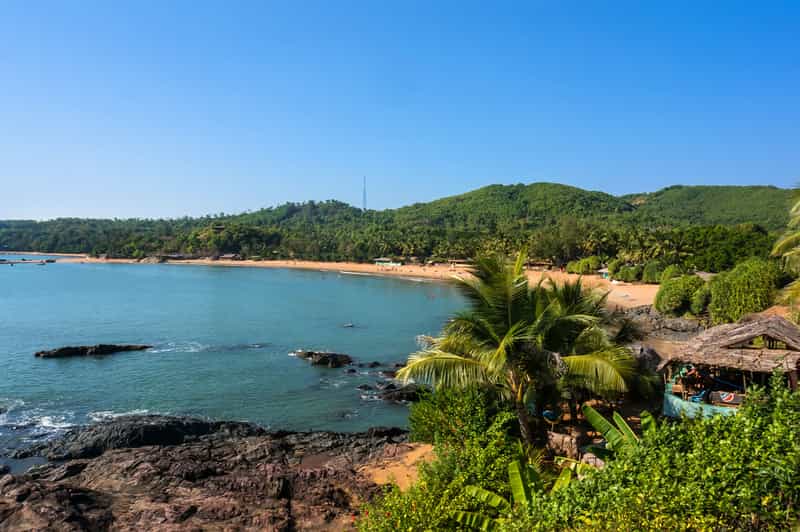 Gokarna,  a sleepy brahmin town with its open beaches, hidden coves, jagged cliffs and tranquil sunsets is one of the ideal places near Bangalore for a honeymoon,  for those looking to lay back on the sands and give their body and mind a stress detox.

Here the pace is the one you set, chill on the sand or go surfing, climb up the cliffs or look for the coves. It located is 515 km away from Bangalore. 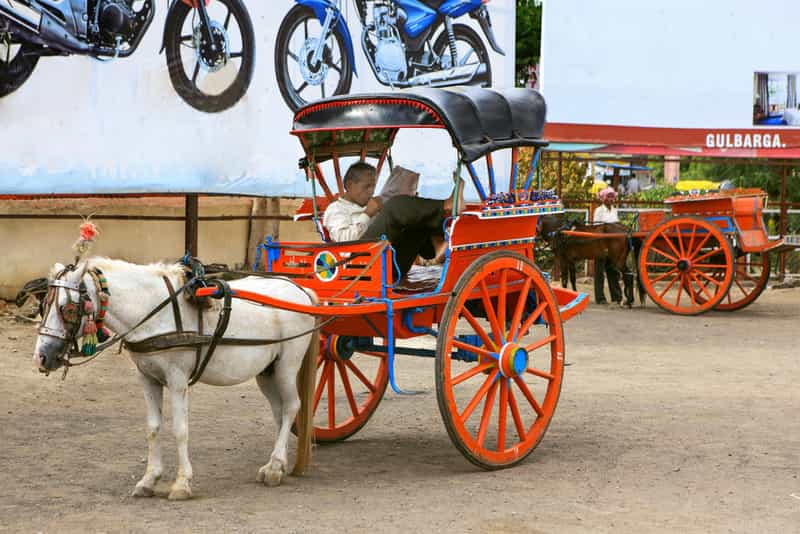 Gulbarga is a historically rich region, with some architectural delights. The largest collection of Islamic art is seen here at the 14th-century tomb of Syed Shah QhabulullahHusyani.Its domed ceiling and walls are adorned with paintings containing calligraphy designs and floral and geometric patterns made of natural colors. There are many such Indo –Saracenic monuments here. It is 600 km away from Bangalore.

The city of Bangalore is indeed an exciting place to be. It offers a lot of options within, to spend your leisure time, but travelling has its pleasures. Are you tempted to take off to one of these (or all of them!) amazing locales around Bangalore. Or have you already travelled to one of them with your loved ones? Comment and share your experience with us! 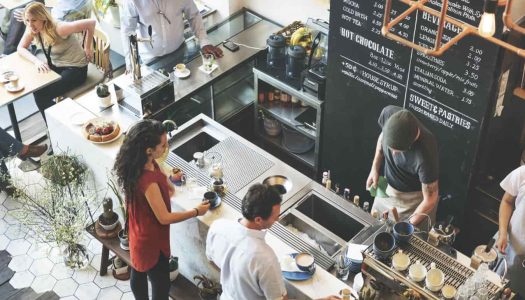 13 Best Cafes in Bangalore That Will Soon Be Your Favourites, Too

Coffee culture may have engulfed India in the last decade with big chains handing out lukewarm cups of generic brew, but for local Bangaloreans the need for good, aromatic coffee is inherent. ... 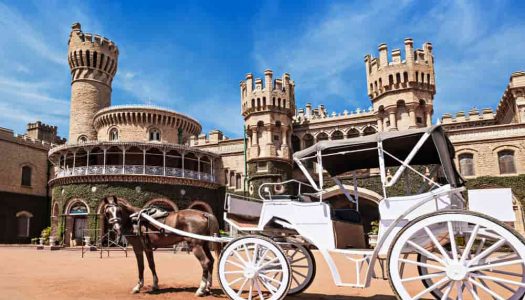 Explore 19 Splendid Romantic Places in Bangalore with your Soulmate

Bangalore has moved up beyond the conventional romancing in malls and hotel rooms with its plethora of abundant romantic places for couples. The metro offers an endless choice of venues ... 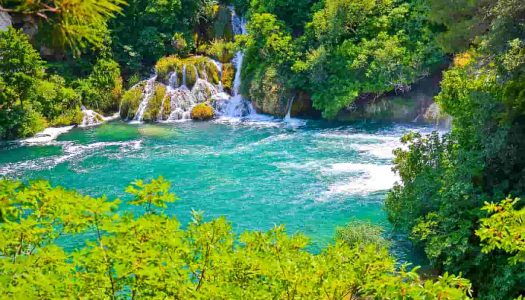 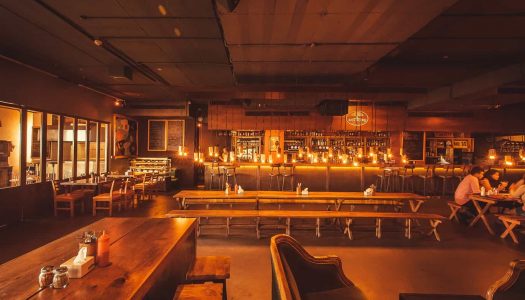 22 Cool Places to Hangout in Bangalore

What makes Bangalore great? Ask any local this question and they will tell you that it is the many experiences the city offers its residents and tourists. From partying at ... 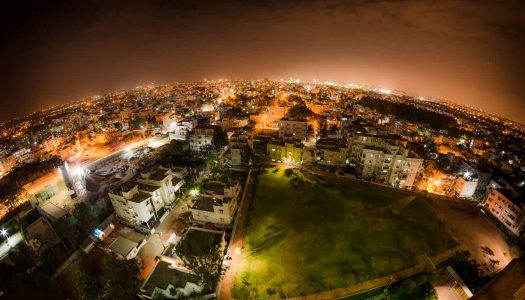 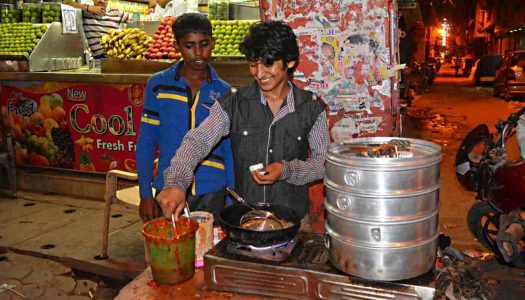 Our List of 16 Best Street Foods in Bangalore You Should Not Miss!

Bangalore may be more popular for microbreweries and nightlife. But the city also has one of the best street food scenes in India. The IT hub offers its residents plenty ...