India is a land of vibrant colors and impeccable beauty and that is why Rajasthan is said to be the historic capital. Rajasthan’s magnificent historical sites not only speak to the splendor of the “Land of Kings,” but also to the reason for the state’s moniker. There is a heap of historical places in Rajasthan, that will make you fall in love with the historic capital.

There are many historical places in Rajasthan, which were built under the command of mighty Rajput monarchs and are a wonderful combination of fascinating history and spectacular design. All of Rajasthan’s structures, from temples and palaces to hill forts and museums, date back to the 7th century and appeal to both young and old minds.

Here’s a list of famous historical places in Rajasthan, you must explore on your next trip.

Sawai Jai Singh II built the City Palace, one of Rajasthan’s most famous landmarks, between 1729 and 1732, and it features lush gardens, beautiful temples, and pavilions. The Tripol, Virendra Pol, and Udai Pol are three massive entrances to the magnificent palace.

The Tripoli only allows royal family members to enter, whereas the Virendra Pol and Udai Pol allow ordinary tourists to enter. Among the major structures housed within the City Palace are the Mukut Mahal, the Chandra Mahal, the Mubarak Mahal, the Maharani’s Palace, the City Palace Museum, and the Shri Govind Dev Ji Temple. This is one of the famous historical places of Rajasthan.

The City Palace, one of Jaipur’s most important historical landmarks, was built by Raja Sawai Jai Singh and combines Rajasthani heritage and Mughal architecture in an extraordinary way. It contains several minor palaces, including Chandra Mahal, as well as gardens and temples. You should also check on the top 10 breathtaking palaces and forts of India that you should not miss.

As you stroll through the picturesque complex of the Amer fort built of pink and yellow sandstone, you will notice the regal refinement of Rajputana. Jaipur’s majestic grandeur, bathed in charm atop the Cheel ka Teela, sits amidst the pink city (Hill of Eagles).

Amer has grown in popularity as the birthplace of Akbar’s Consort, Princess Jodha. In Akbar’s court, Raja Man Singh was an ally. As a result, Mughal architecture has influenced many of the fort’s structures. Its reflections can be found in the Diwan-i-Khas of the Amer Palace. Jai Singh I, on the other hand, finished and expanded the fortifications. Amer Fort is one of the most famous historical places in Rajasthan. You should also check on the top 10 breathtaking palaces and forts of India that you should not miss.

Many of the Meenas’ historic structures have succumbed to the ravages of time and lost their distinctiveness. The Amer Fort, on the other hand, is still standing in all its glory. The fort’s architecture and structure were improved by successive Rajputana monarchs over the course of 150 years.

The Jaisalmer Fort, also known as the ‘Golden Fort’ or the ‘Sonar Quila,’ was constructed in 1156 AD by Rawal Jaisal, a Rajput ruler, and is one of the world’s largest forts. Many battles took place in this ancient Rajasthan location.

It is also known as the Golden Fort due to its massive yellow sandstone walls that are bright yellow during the day and fade to honey-gold as the sunsets. This desert beauty, located on Trikuta hill in the sandy stretches of the vast Thar Desert, has witnessed numerous battles. Jaisalmer, also known as the Golden City, offers a cultural blend of nomadic desert and aristocracy, providing a one-of-a-kind experience.

Among the fort’s main attractions are merchant Havelis, Lakshminath Mandir, Raj Mahal, and four grand entrances. Jaisalmer is one of the best historical places in Rajasthan. To know more, please check to experience the best things to do in Jaisalmer.

Mount Abu is part of the spectacular Aravalli mountain range, and a visit to Guru Shikar is almost mandatory to see the best of it all. As the name implies, the Guru Shikar is located at the very top of the range and is the highest point that a commoner can reach. This temple is dedicated to Guru Dattatreya. He is thought to be an incarnation of the Hindu gods Brahma, Vishnu, and Shiva.

The breathtaking view from above the clouds will make your visit to this shrine one you will never forget. The tranquillity and peace of this temple will calm your inner soul and provide peace for your thoughts. For all history lovers, Guru Shikhar is said to be one of the best historical places in Rajasthan. Please check 13 stunning places to visit in Mount Abu.

The royal Chauhan family built this fort in the 12th century, and it is now a UNESCO World Heritage Site. If you want to experience the true essence and history of Rajasthan, you must visit Ranthambore and the Fort, which is the city’s crowning jewel.

The Fort is a popular tourist destination due to its numerous temples, palaces, barracks, and other attractions.

Chitrangad, the Mori Rajputana prince, built this ancient site in Udaipur, Rajasthan. It is India’s largest. The fort commemorates the majestic architecture, historic Rajputana history, and terrible sieges and jauhars.

The ‘Kirti Stambh’ and ‘Vijay Stambh’ are the Fort’s main attractions. This is a popular historical site in Rajasthan.

Rao Bika constructed Junagarh Fort, formerly known as ‘Chintamani,’ in 1478. Junagarh Fort is one of Rajasthan’s most beautiful historical sites, with its towering buildings, well-kept gardens, stunning kiosks, and large balconies. The magnificent architecture of the fort is a superb blend of Rajput and semi-western influences.

The Junagarh fort is one of the most beautiful historical places in Rajasthan. The massive fort, built by Raja Jai Singh in 1587, is still unconquered and features a massive high wall as well as deep ditches. You can also check the top 5 forts in Bikaner that you must absolutely visit.

Another of the world’s largest forts, Mehrangarh Fort, is located 400 feet above Jodhpur. The fort’s most interesting feature is the heavy cannonball markings that can still be seen on the fort’s second gate.

This magnificent fort has seven gates, each built by a different monarch to commemorate Jodhpur’s victory over Jaipur and Bikaner troops. The fort also houses an interesting museum that houses a fascinating collection of royal cradles, palanquins, paintings, musical instruments, furniture, arms, and attires. You can also check the top 10 breathtaking palaces and forts in India that you should not miss.

The magnificent Umaid Bhawan Palace, also known as the ‘Chittar Palace,’ was built in 1943 to provide jobs for the area’s poor, drought-stricken farmers. In the present, this location serves as both a museum and a historic hotel, presenting the ideal balance of an appealing present and a spectacular past.

It is located on Chittar Hill, the highest point in the city. Taj Hotels now manages a portion of the company’s operations. You can also check the top 10 breathtaking palaces and forts in India that you should not miss.

Kumbhalgarh is the birthplace of the legendary king – Maharana Pratap and it is the second most citadel after Chittorgarh in the Mewar region. The Kumbhalgarh Fort, located at the base of the Aravali range at an elevation of approximately 3,600 feet above sea level, is one of the prominent structures in Rajasthan designated as UNESCO World Heritage Sites. This lovely citadel is known for its architectural splendor and 36-kilometer-long outer wall, which is surrounded by beautiful woodlands.

Kumbhalgarh Fort is one of the significant historical places in Rajasthan, known for its massive architecture and breathtaking views of the Aravalli Mountains.

It was built in the 15th century and is the world’s second-largest fortification of its kind. The fort has a special place in Rajput hearts because it was the birthplace of their favorite Maharana Pratap. 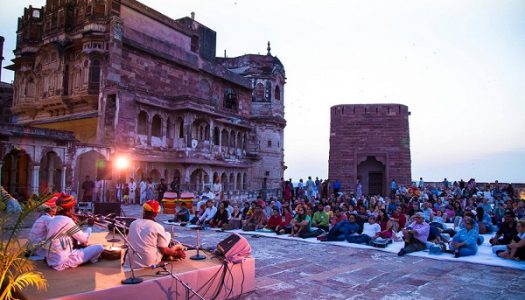 Ghani Khamma folks! The land of rich culture and heritage is here to present the breathtaking festival of the year. Yes, it’s all the jazz and bling about the Rajasthan ... 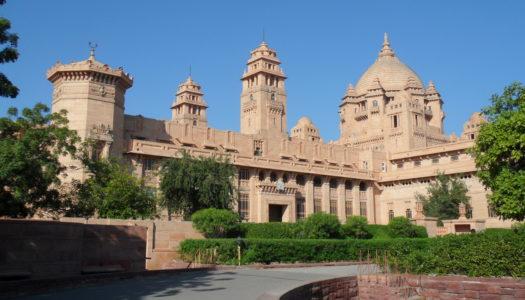 Things To Do In Jodhpur: Explore The Blue City of Rajasthan

Jodhpur is one of the most culture-rich cities in Rajasthan. Situated in the great Thar Desert, the stunning location holds a timeless beauty due to its architecture and historical significance. ... 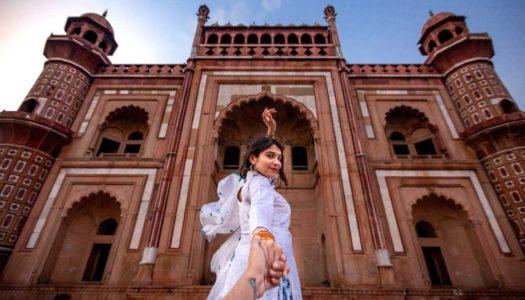 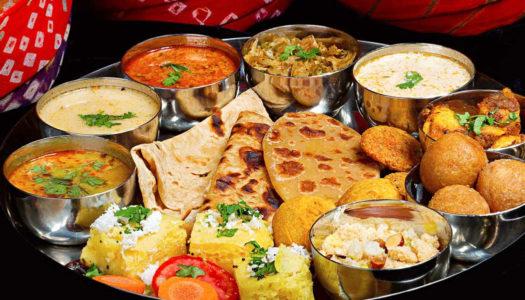 Rajasthani Restaurants To Try: Relish The Royal Flavours In These Cities

The timeless state of Rajasthan, home to some of the most magnificent palaces, forts, monuments, natural sites and more, has always been praised for its welcomeness and how it treats ... 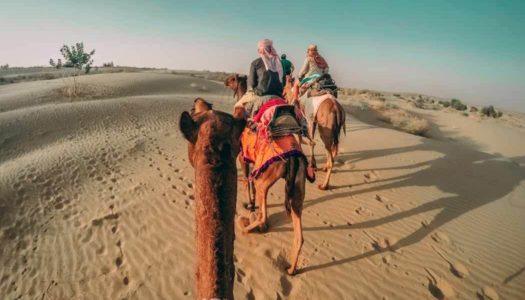 Ever thought of riot-evoking colors, battle-scarred forts, breathtaking sand dunes, slightly arrogant pride, and honor the largest state of India with many royal ruins that will take you back to ...