https://www.treebo.com/blog/places-to-visit-in-jaipur-for-couples/Without a doubt; Jaipur is a glorious city and it is the capital wherein most tourists to Rajasthan State; touch base. However; there is so much more to the Jaipur vacation experience.

Bearing in mind that this city is well connected to most of Rajasthan and heartland India; weekend getaways from Jaipur to other regions within and outside Rajasthan could very well add to your holiday experience.

Listed below are 20 amazing destinations within Rajasthan and beyond which make for great weekend getaways near Jaipur. Read further to know more.

Shekhawati is a historical region in the northeast part of Rajasthan. Known for its grand “havelis” or regional style bungalows; Shekhawati is a human settlement in the semi-arid Thar Desert that dates back to before the 17th century.

Suggested to Read : 14 Most Popular Places to Visit Near Jaipur 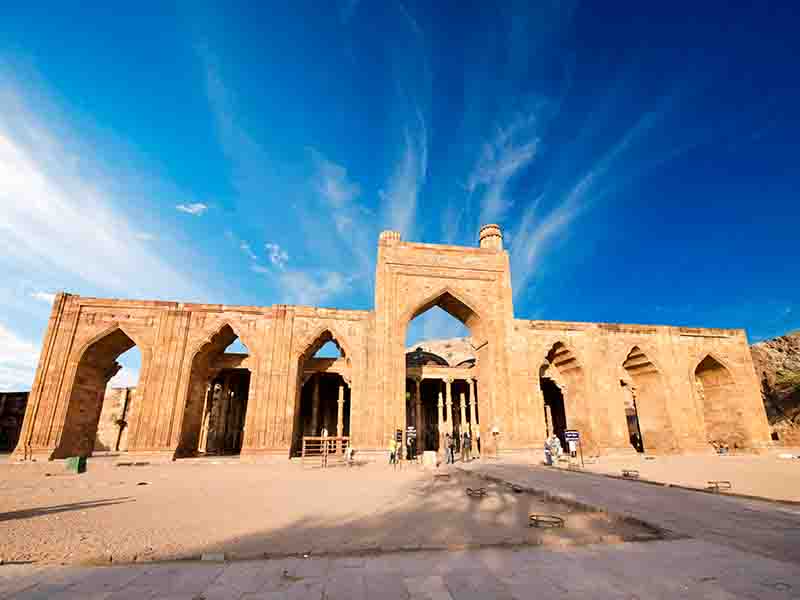 One of the major cities in Rajasthan; Ajmer often features as an obvious choice for a weekend getaway near Jaipur. This city was established by a Chauhan ruler and was the capital of the Chauhan kingdom in the 12th Century CE. Today Ajmer is considered a heritage city for its historical relevance.

Pushkar town in Ajmer district is yet another example of places to visit near Jaipur on weekends. This little town is an important pilgrimage site for Sikh and Hindu devotees from all over the country and the world.

Suggested to Read : Exploring Jaipur: The 20 Best Places to Visit in Jaipur at Night

Alwar (Formerly Ulwar); is an important city in the NCR region. Alwar is best known as a tourist hub with visitors streaming in from all over India and the world.  The king of Almer founded the city of Alpur in 1106 which ultimately became modern day Alwar. The Town of Fatehpur | #5 Weekend Getaways from Jaipur

This town in Sikar district of Rajasthan is considered one of many great places to visit near Jaipur for a number of reasons. Prominent among these reasons is the fact that Fatehpur boasts of numerous havelis and a grand temple.

Also Read : A Tourist’s Guide to the 25 Best Places to Visit in Jaipur 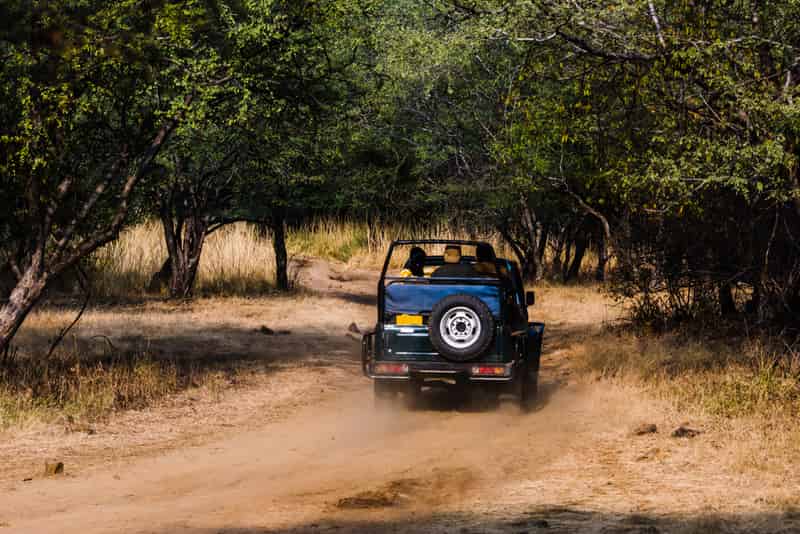 While you are in Rajasthan; you do not want to lose the opportunity to visit the renowned Ranthambore National Park. This tiger reserve often features as one of the most popular weekend destinations near Jaipur. Mandawa town in Jhunjhunu district of the Shekhawati region dates back to before the 18th century. The town is known for its fort and multiple havelis and is often a tourist’s paradise for those looking to witness Rajasthan’s culture from close quarters. This city in Rajasthan is widely popular among folk art aficionados for the prevalence of brilliant frescoes on the walls of its many havelis. Khetri Mahal in Jhunjhunu is the source of inspiration for the widely popular Hawa Mahal in Jaipur. Bharatpur was one of few regions in the country the British failed to conquer and rule and the remnants of that glorious past can be seen in this region even today. 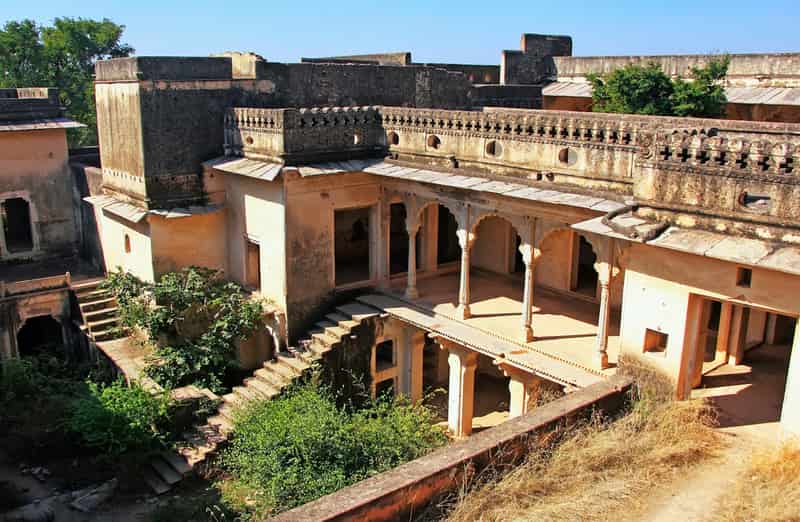 Your quest for weekend getaways near Jaipur could very well take you to Bundi district which is not too far away from the city and there is good chance you won’t regret it. Bundi is a popular tourist attraction with a bustling marketplace and multiple temples and havelis.

Also Read : 15 Romantic Places To Visit In Jaipur For Couples 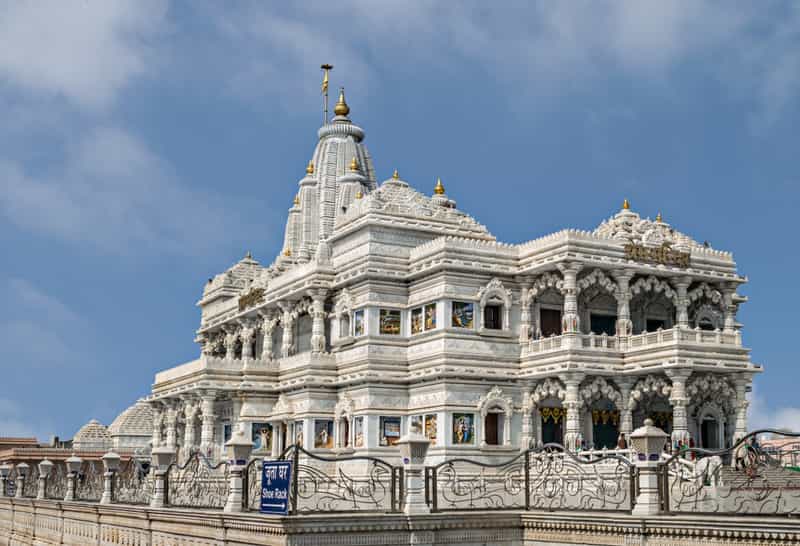 While in Jaipur; you have the opportunity to visit the birthplace of Krishna which is Mathura; on any given weekend. Owing to its proximity to the capital of Rajasthan and its religious significance; Mathura ranks high among weekend destinations near Jaipur. 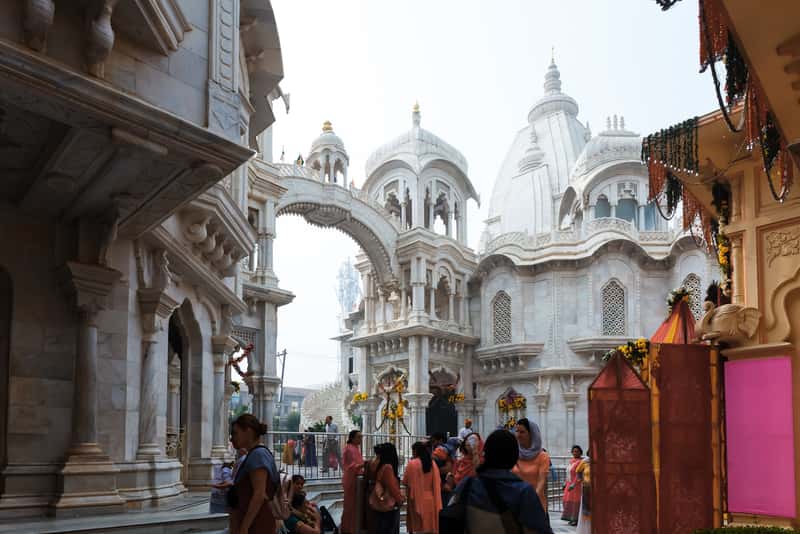 Vrindavan is yet another town in Uttar Pradesh in close proximity to Jaipur city and a distinctive historical and religious significance. Vrindavan is where Lord Krishna spent his childhood years according to Hindu Mythology and this town of temples adequately commemorates this legend. Venture yet again into Uttar Pradesh and make your way to the historic city of Agra which is one of the most highly rated weekend destinations near Jaipur; for good reasons. Located in the southeast of Rajasthan; Kota is highly recommended among places to visit near Jaipur on weekends. Kota has many tourist delights in the form of monuments, palaces, and gardens. Your stay at Jaipur comes with the benefit of making a quick weekend trip into New Delhi; the beating heart of India. On the banks of the Berach River lies Chittorgarh; one of many historic cities in Rajasthan and yet another great destination for a weekend getaway from Jaipur.

Also Check : The 28 Most Beautiful Rooftop Restaurants in Jaipur Gwalior is a historic city in Madhya Pradesh and its many monuments and landmarks tell a story you need to hear. Make your way to Gwalior from Jaipur City on any given weekend and enjoy a quick trip to one of the country’s most illustrious urban hubs. Bikaner which is quite close to Jaipur is a beautiful city of historical landmarks and monuments with a huge tourist footfall. Your weekend visit to Bikaner will be interesting for more reasons than one. While Jaipur is the capital of Rajasthan, Jodhpur is the second largest city and the Sun City of Rajasthan. Good enough reasons to add to the excitement of your weekends with a visit to Jodhpur. Nathdwara Town on the banks of the River Banas is sure to be an interesting destination for a weekend getaway from Jaipur. This small town is known for the magnificent Krishna temple and the unique deity housed within.

Listed below are just 20 of the most promising weekend getaways from Jaipur. Some are within the state of Rajasthan while a few are in neighboring Uttar Pradesh and Madhya Pradesh. If you can think of even more weekend destinations for the convenience of tourists to Jaipur; do give your suggestions in the comments section below.

Book Treebo hotels in jaipur for an incredible and safe stay experience. As the year crawls in with all its glory and the fragrance of fresh beginnings, we welcome you to start the year pursuing a trip to the unmissable, unmistakable and ... The capital city of Rajasthan has more to its credit than what we think it offers just in the day. The Pink city is one of the most promising cities ...

For the year 2021, here are the top 10 wedding destinations in India

When we say that it takes a lot of time and effort to cross everything off your wedding planning checklist, especially choosing wedding sites in India, it appears a lot ... 11 Alluring Places to Visit Near Jaipur in One Day

Still, consider Jaipur as the place which you can only visit with a good quantity of time? To your surprise, Jaipur is one of those few destinations which can deliver ... 15 Romantic Places To Visit In Jaipur For Couples

A beautiful city like Jaipur that symbolizes royalty at its best also has many other facets to it which range more than the ethereal beauty of the past, though that ... Vacations are the first thing that comes to mind when one hears the word “summer.” Despite the blistering heat in most parts of the country, there are plethora of Indian ...