The 8 Most Delicious Street Foods in Bhubaneswar

The locals of Bhubaneswar love their food. Very similar to Bengali food, the Odia cuisine also uses plenty of mustard oil, goes easy on spice, and features plenty of fish and meat. There’s also a big street food culture, with vendors dotting the roads every evening, selling local favourites such as dahibara aloodum and gupchup. Find out what the most delicious street foods in Bhubaneswar are as we do a culinary roundup of the city.

Binge on these Savoury Street Foods in Bhubaneswar 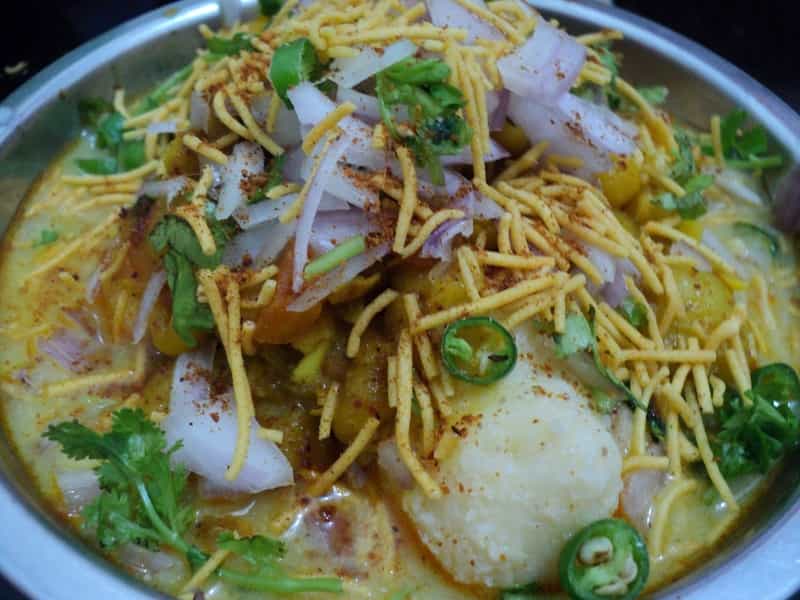 Ask any local in Bhubaneswar what their favourite snack item is, and the answer will likely be Dahibara Aloodum. The dish is basically the dahi vada with a spicy sauce (for that extra punch, asks the food vendor to add a bit of pudina chutney). Dahibara Aloodum is best eaten garnished with onions, coriander, chilli powder and cumin powder. Every evening and on weekends, you’ll find chaat vendors selling this item in markets and at popular junctions in the city. 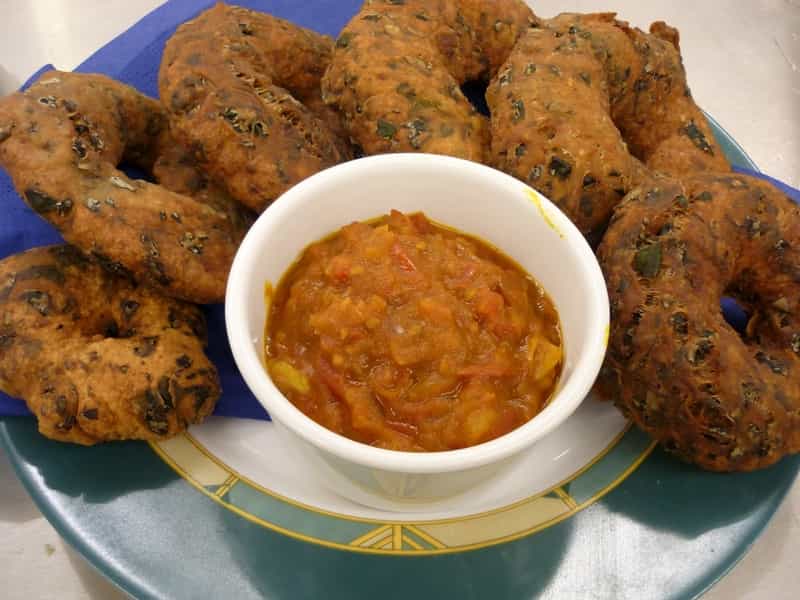 Wadas are very popular throughout India. In Odisha, though, it is called Bara. The Bara is made using black dal or urad dal and is deep fried till the outer layer turns crisp. The best way to enjoy Bara is to drench it in a bowl of the sweet and spicy chutney that is normally served with the dish. You could also have it with ghugui, a spicy peas curry (much like the ragda) that is another very popular street food in Bhubaneswar. 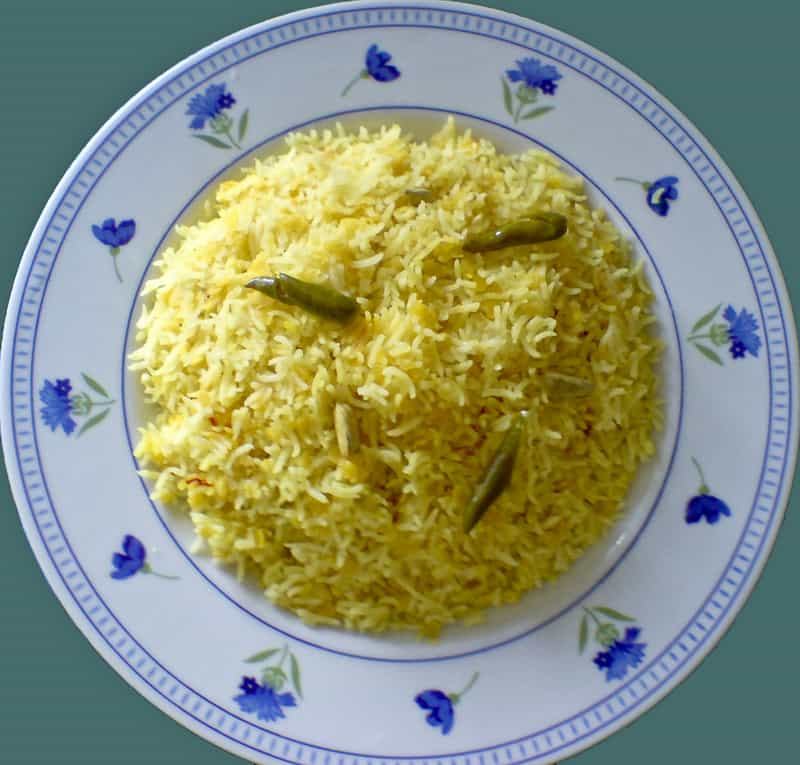 The main dish offered to Lord Jagannath at the temple in Puri, the Khicede (or Khichdi) is a versatile dish loved throughout Odisha, not just Bhubaneswar. A mash of rice and lentils, it can be eaten on its own or served with papad and pickle. As in other parts of the countrKhicedey, the dish tends to be made bland, using only a couple of spices, such as turmeric. 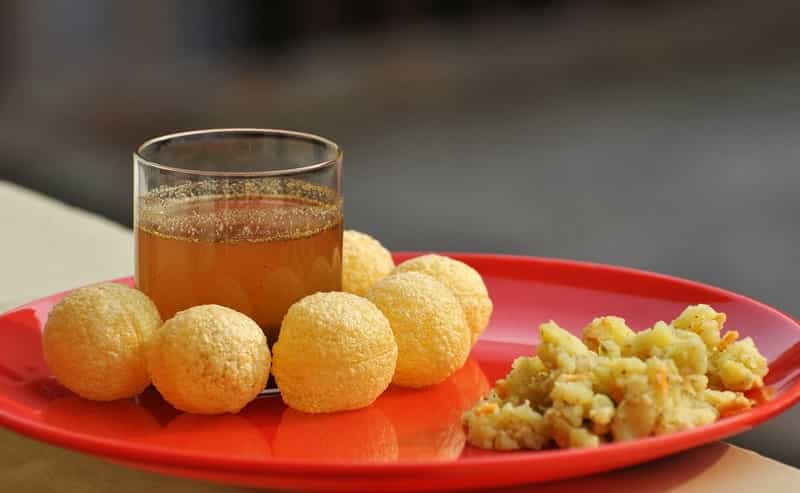 Gol Gappas in the North, Paani Puri in the west and Puchkas in Bengal, but here they’re known as Gupchup. A trip to any Indian city is incomplete without biting into the local version of the crunchy paani puri, and Bhubaneswar is no exception. This snack is a pure delight, served with a filling of lentils, a sweet sauce and chilled spicy water, Near parks, colleges, offices, and markets, you’ll find local vendors selling Gupchup. 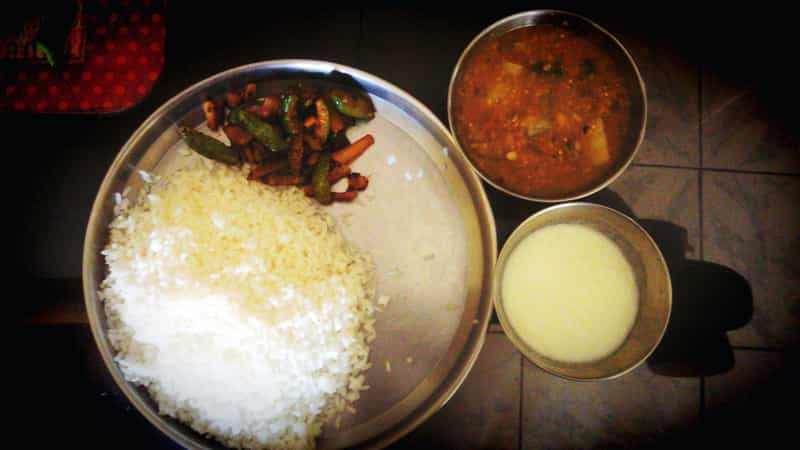 There’s perhaps no Indian city that isn’t in love with dal. Of course, it can be very different from one city to the next. In Bhubaneswar, it is typically made with arhar dal, and a variety of vegetables, from brinjal to drumsticks to pumpkin. Local canteens in the city are the best places to eat Dalma in Bhubaneswar. As they do in the neighbouring state of West Bengal, Odias also love to add a bit of coconut to their dal. 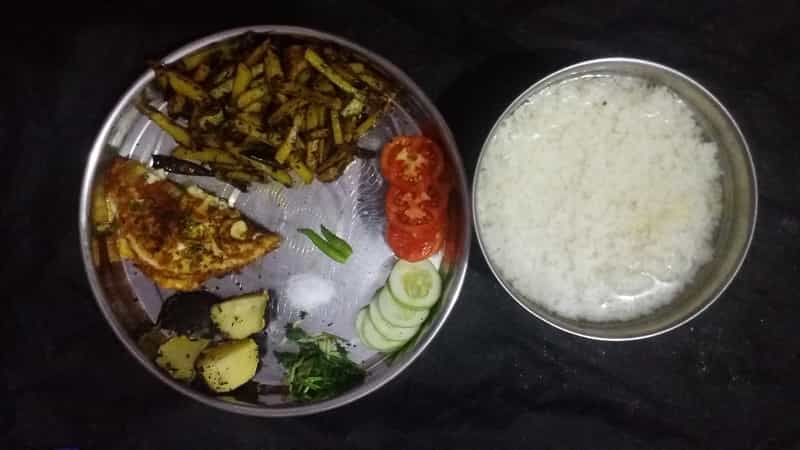 Pakhala Bhata is a unique dish you’ll find in the eastern part of India, not just Odisha. It’s nothing but rice that’s washed or fermented in water. Known for its cooling qualities, it is served on hot days, besides a piece of fried fish and roasted vegetable. The water is known as torani. There are also varieties of pakhala bhata, which include curd and cumin in the recipe. 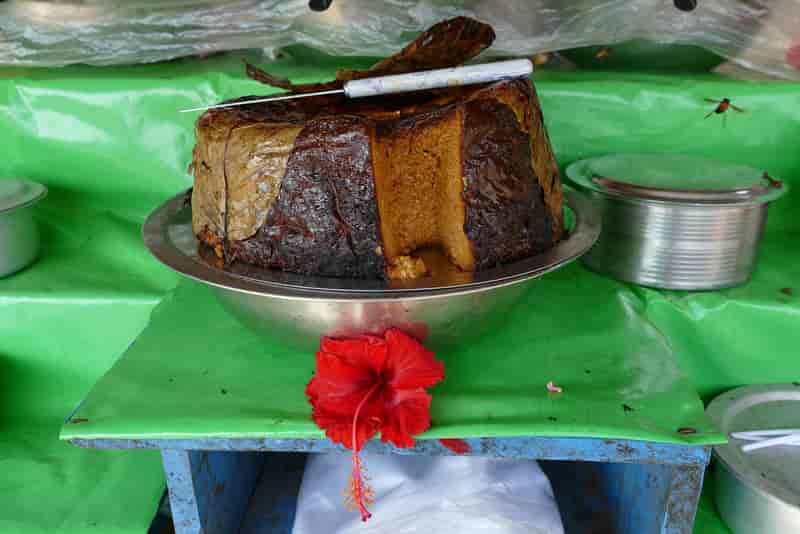 If Americans have cinnamon rolls and the Turks have baklava, the people of Bhubaneshwar have chhena podo. Literally roasted cheese curds (cheese curds are called chenna in the local language), it is a mix of sugar, raisins, cashews, ricotta cheese and milk; this dish a favourite after-meal item. While chhena podo is popularly sold at local bakeries in the city, you’ll also find some tea stall vendors serving this dish with tea. Sweet and soft, chhena podo is a must try for anyone with a sweet tooth. Though, if you’re the experimental type, you can also try the spiced variety, which has gained some fame over the past decade. 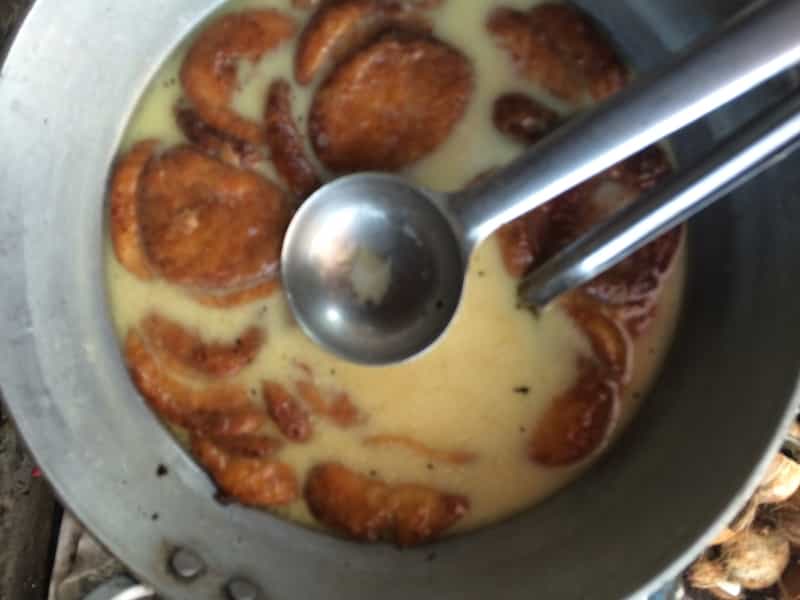 Rasabali actually originated in the Baladevjew Temple of Kendrapara. It is made using cheese curds (chenna) and milk. The deep fried chenna is crisp, while the milk is sweetened with sugar. Combine the two and you’re left with something truly divine. In fact, many in Bhubaneswar offer this sweet to the Gods. Thus, you’ll often find it as an offering in temples and being sold at food stores around temples. The demand for the sweet goes up at festival time, with thousands of locals thronging sweet shops to purchase or to eat this popular sweet.
So, there you have it. Rasabali concludes our list of the best foods in Bhubaneswar. We know Bhubaneswar has plenty more to offer, but these were our picks. What would you have added here? We’d love to know. Let us know in the comments section below. 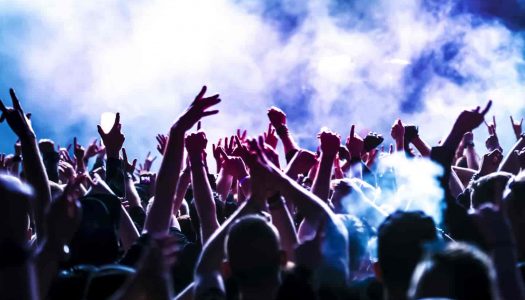 The Top 9 Places to Experience Nightlife in Bhubaneswar

Being a commercial city, Bhubaneswar does offer a reasonably good nightlife experience. Obviously, it’s not up to the standards of Delhi, Mumbai and Bangalore, but it’s getting there. From sit-downs ... 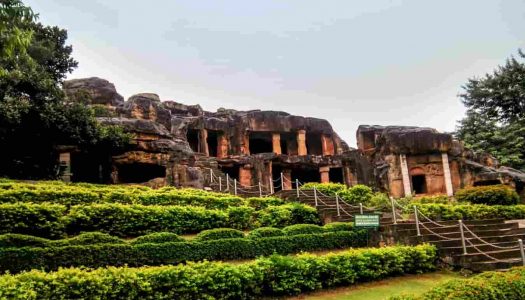 The 15 Most Iconic Places to Visit in Bhubaneswar

Bhubaneswar, the capital of Odisha, is an important trade centre and religious hub in India’s North East. Often called the Temple City (some of which attract the highest number of ... 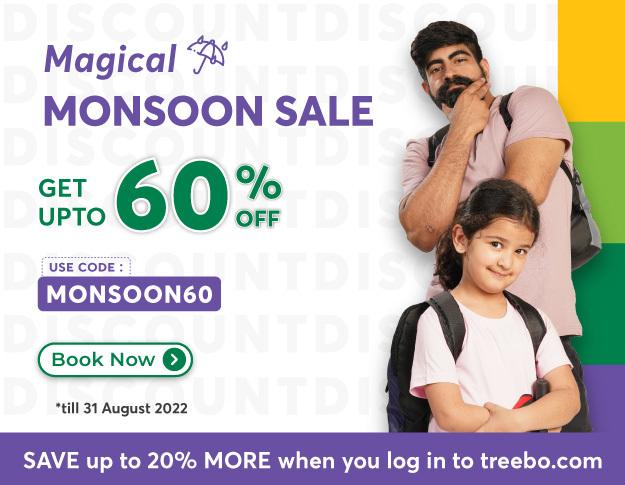