Like most cities in the South of India, the people of Mysore take their dosas, idlis, and vadas very seriously. While there are many variations to these dishes, Mysore cuisine is deeply influenced by the Udipi style. But it isn’t all borrowed either.

You’ve got the rich and wonderful Mysore Pak that, of course, originated here; you’ll also get some of the best versions of Karnataka’s bisibelebath here. Here are the best street foods in Mysore: 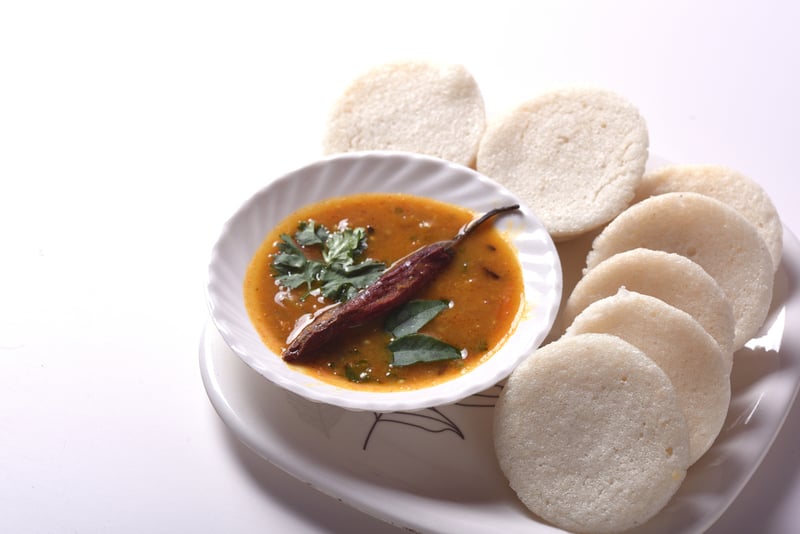 Idilis is a popular street food in Mysore (source)

Idlis are steamed rice cakes that are generally served with a spicy lentil soup and coconut chutney (the spiciness of which varies). A favourite with the local crowd, idlis are mostly a breakfast item, though you’ll find many people eating them at all times of the day.

In Mysore, you can see them being served in restaurants as well as on food carts in the market and commercial areas. Although it is generally made with rice, you’ll also find shops selling idlis made of semolina or even jackfruit. Some shops will also fry the idli (not traditional, but delicious).

Also Read : Things to do in Mysore at Night 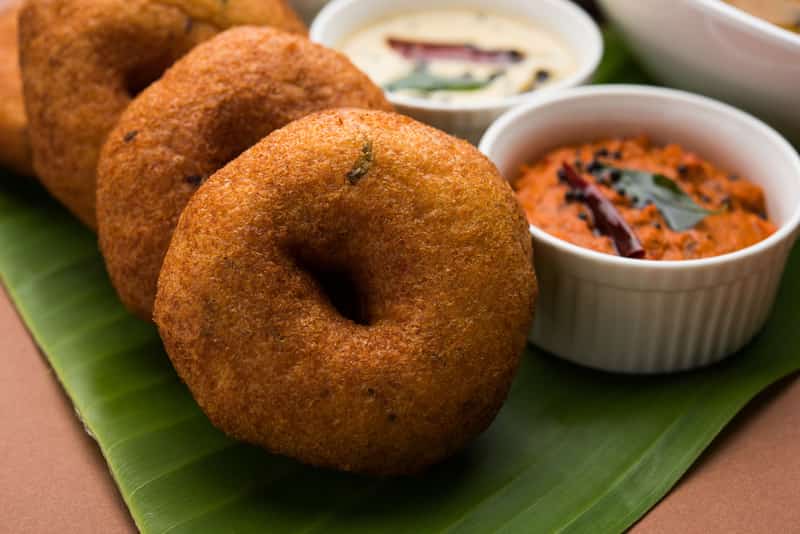 Vada is a Mysore favourite

Vada is made from a mixture of black gram (lentil) flour, cumin, curry leaves, sometimes onions and chilli, and is deep-fried to a crispy crust.

Like the idli, vada is served with a spicy lentil soup (sambar) and coconut chutney. The idli-vada combination (with one idli and one vada) is very popular for breakfast or for tea-time snacks. 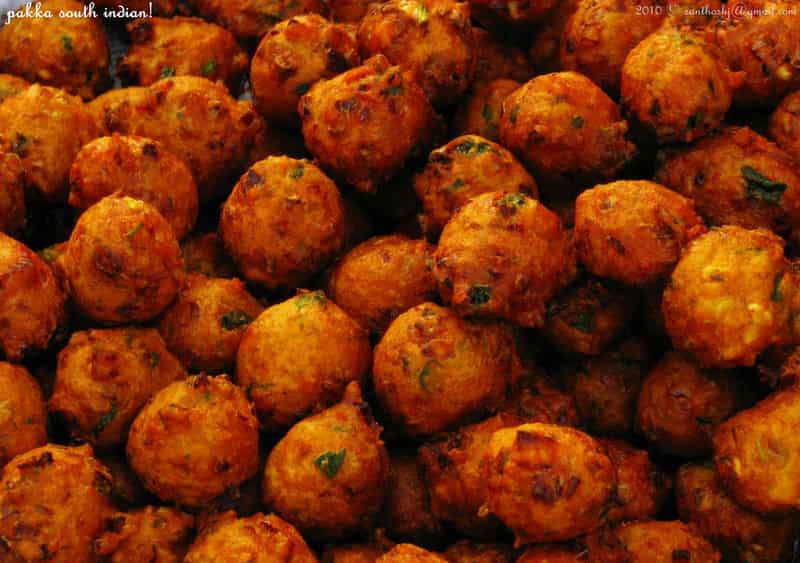 Bonda is a must-have breakfast item in Mysore (source)

Bonda, a ball-shaped pakoda or dumpling commonly eaten for breakfast or lunch. In Mysore, a famous variation is a potato (aloo) bonda (it made using mashed potato).

Just like other breakfast local delicacies available here, Bonda is served with sambar and coconut chutney. A morning breakfast of Bonda is incomplete without a piping hot cup of tea. 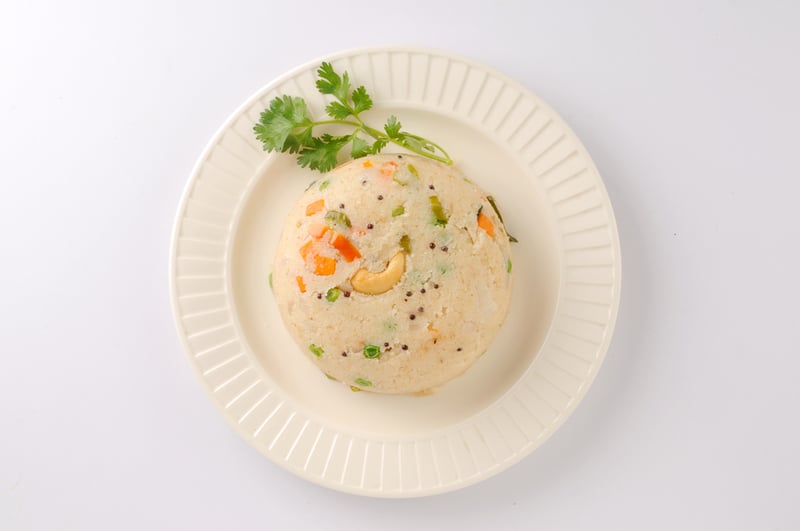 Khara Bath, also known as Upma or Uppittu, is a typical South Indian breakfast delicacy. It is made from semolina and is roasted with vegetables and spices and topped with cashew nuts.

It is just like a savoury porridge and is usually prepared with only a few spices. Khara Bath can also be eaten with coconut chutney. 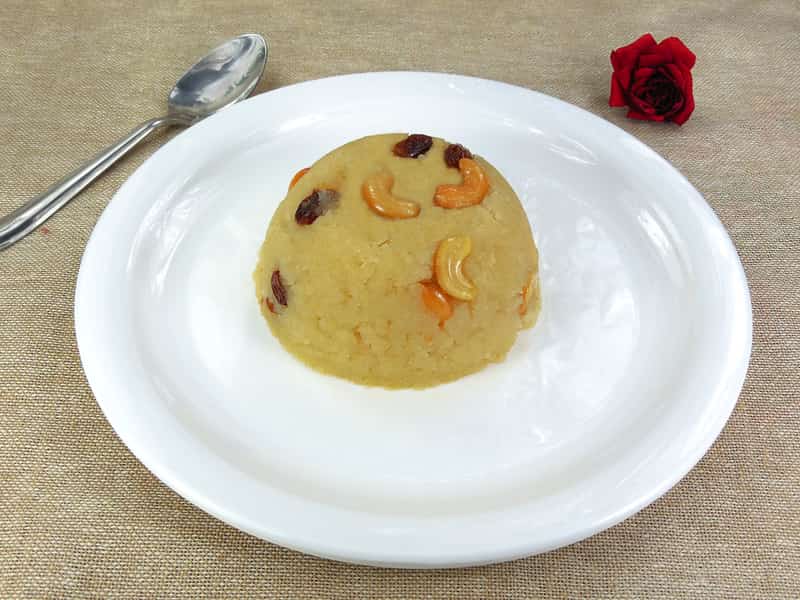 Kesari Bath is a popular variation of halwa served in Mysore. (source)

Kesari Bath is what it’s called in Mysore, though you may know it as Sooji Halwa or Sheera (if you’re from North India, that is). A delicious sweet item, it is often eaten for breakfast. On Sundays, many restaurants will serve a pineapple-flavoured version. It is also served as prasad on festival days at temples. 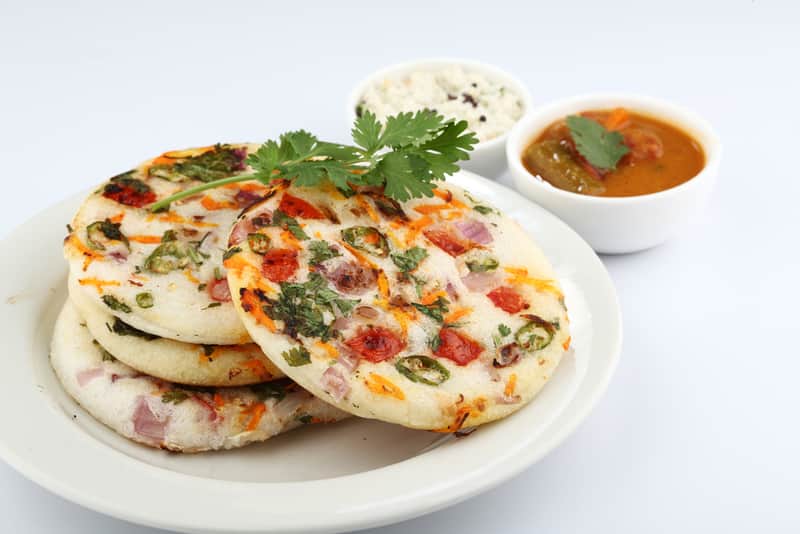 Uttapam is a thick rice pancake usually cooked with vegetables. Prepared on the spot, it is best eaten immediately (or it will be too soggy). Have it topped with onions or tomatoes, which are the most popular versions of the dish, and sprinkled with podi. A variation on the dosa, it’s a must-try. 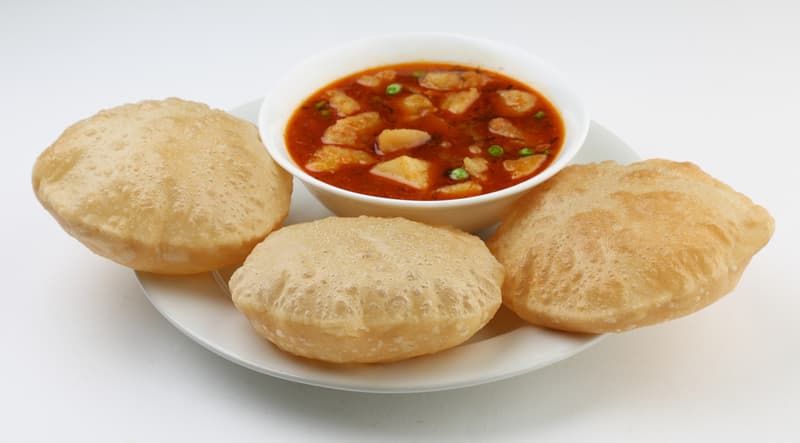 Poori is served for breakfast throughout India, in different variations. In Mysore, poori (or puri) saagu is what it is called. The dish consists of a soft, deep-fried puffed puri served with a flavourful vegetable curry. 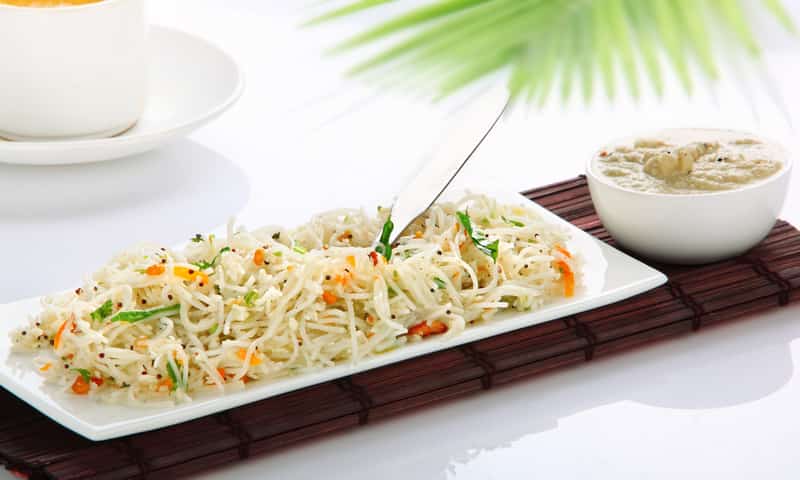 Although it looks like upma/kesari bath, Shavige bath has a different base ingredient. It is made from thin and light vermicelli, mixed with vegetables and nuts, and for flavour curry leaves, mustard seeds and turmeric are added. This light-on-the-tummy breakfast is usually served with coconut chutney.

A lunch item, bisibelabath is a very popular dish in all of Karnataka. The name bisibelebath literally means hot lentil rice in Kannada. This dish is best eaten with boondi, chutney, salad, or potato chips. Mysore pak has a deep connection with Mysore. (source)

Historically known as Mysore Paaka, this incredibly sweet and incredibly delicious item was invented at the Mysore Palace at the time of the rule of Krishna Raja Wadiyar IV. Kakasura Madappa, a gifted royal chef, was the first to make this sweet.

It is made using generous amounts of ghee, sugar, gram flour, and (occasionally) cardamom. Similar in texture to fudge, it is the most revered dessert in Mysore, served in most restaurants and sweet marts by the kilo. You’ve absolutely got to take some home. 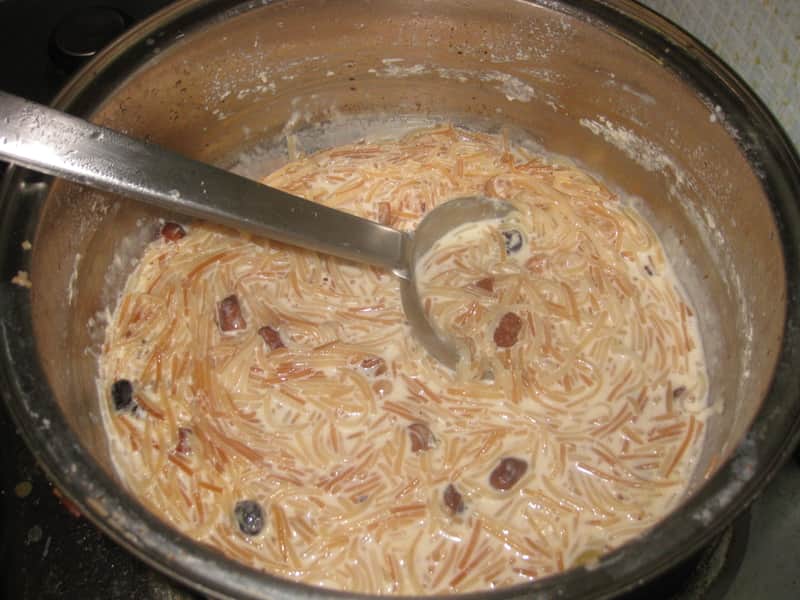 Payasam is a type of kheer that is popular in Mysore. (source)

A creamy rice pudding that’s flavoured with cardamom and topped generously with nuts, the South Indians call it Payasam. It’s a great dessert at any time of the year, but is typically eaten only on grand occasions, such as weddings and big festivals. This dish is also known as Mangalorean Chicken Curry. Succulent pieces of chicken cooked in finely ground fresh coconut with spices.Although native to the Bunt community that resides in the Mangalore area, it has become a favourite of meat-eating communities in Mysore. Kori Gassi is best eaten with neer dosa or rice.

Mysore presents visitors to the city with many options when it comes to food. The above list is restricted to those we feel you must try. Don’t be shy to look for more options in the City of Palaces. Let us know what interesting items you enjoyed in the comments section.

Book Treebo hotels in Mysore for a pleasant stay. 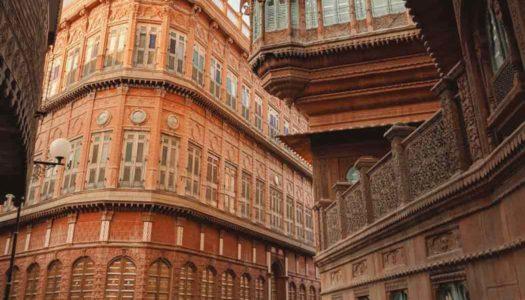 In the bygone era, India was divided into multiple different kingdoms. The rulers of each built divinely beautiful palaces to reside in, and inviolable fortresses to guard them. In this ... 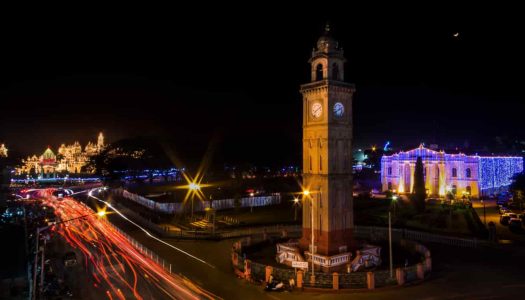 The 11 Coolest Things to Do At Night in Mysore

Mysore is a wondrous place for a holiday. A mix of history, culture, great food and even a few pubs and clubs, it has something for the whole family. Interested ... Before heading to restaurants in Mysore, know a little more about the place as well – A beautiful city in India’s southwestern Karnataka state, Mysore is a place with a ...

#shaadimubarak! When we say weddings take a lot of time and effort to cross everything off your checklist. Especially in India, where the wedding is not just about two families ...