The 5 Best Scary Houses in Bangalore

Read this only if you are excited by scary stuff, like haunted places and horror zones. Bangalore offers its own share of such experiences to its residents. Some of these scary experiences are in malls, while others are in amusement parks. You may think it’s all fun and games, but some of these scary houses in Bangalore take it a bit ahead of this. Yes, read on to see where you can get the maximum chills and thrills in Bangalore. 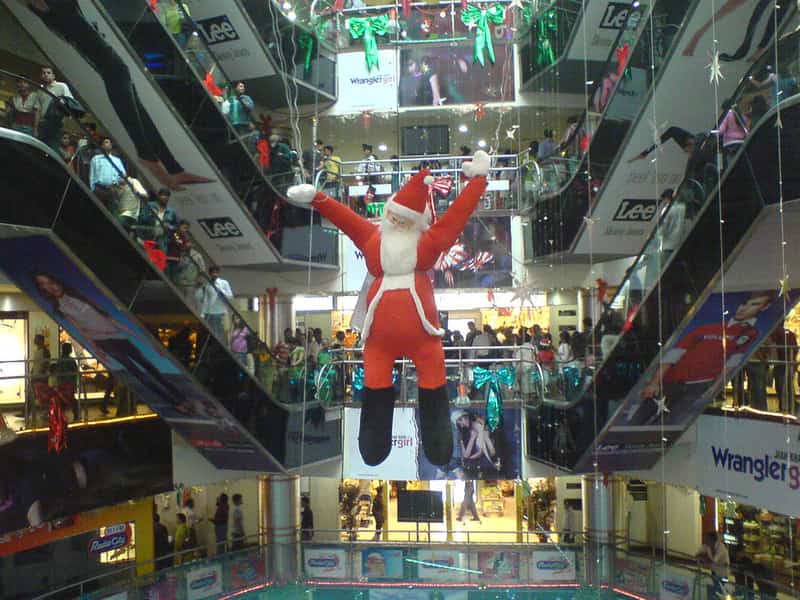 The scary house here helps you relive all the horror of every scary image you have held in your head, like an attack of the zombies or people dripping blood; duly augmented by an accompaniment of the scariest sounds and screaming.

On your next visit, do stop at the old wooden house, adorned with a bunch of rusty keys and a lantern and seek admission, if you dare! Better stop and watch the previous batch of entrants exiting, and get a feel of how scary the place is, judging by their petrified expressions. 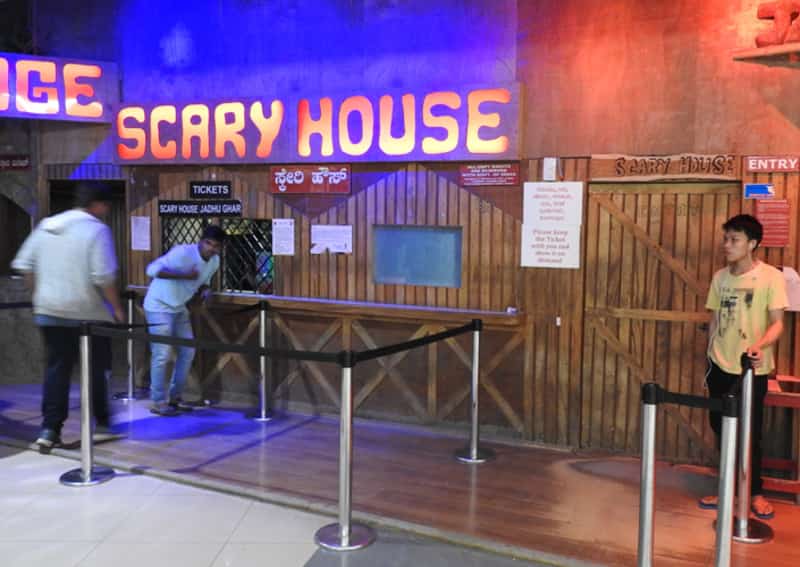 Similar to the scary house in Garuda Mall, you have a scary house in the Mantri Square Mall which is designed to spook you into screaming your head off and quaking in terror as zombies attack you with the additional props of dripping blood, scary sounds, dark corners and cobwebs to complete the whole experience.

Be prepared to get the chills and take someone along to hold your hand if you don’t want to end up clinging to a stranger out of sheer terror.

Also check : Bangalore is Famous for 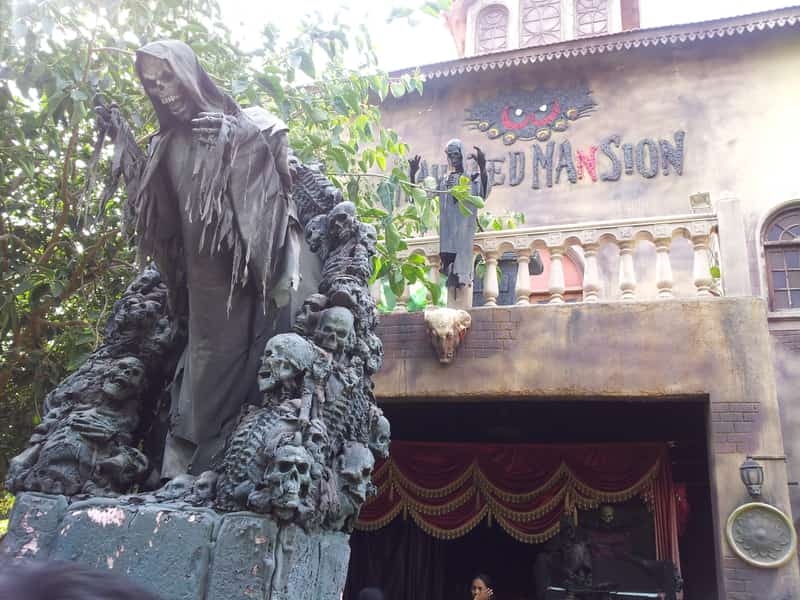 Chilling Statue at the Haunted Mansion

If you love haunted houses, you don’t need to go anywhere other than the haunted mansion on the Innovative Film City grounds. You will find various props, created with the sole purpose of giving you the heebie-jeebies.

These could be scary skeletons, zombies which horrify and chill you to the core, must and cobwebs which make you want to run screaming from this dark, dirty and ramshackle building in abject terror. 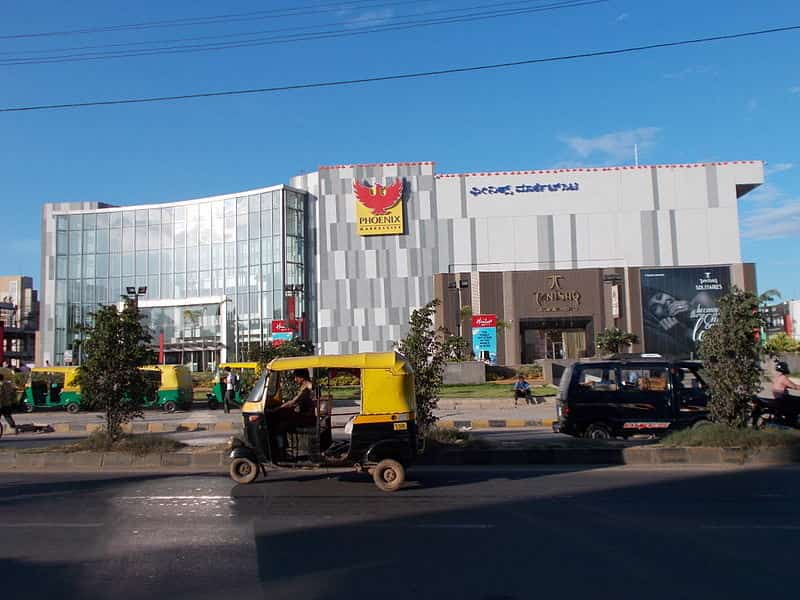 This is one of the popular malls in Bangalore, offering a lot of different. Be prepared to walk through this place, when you are surrounded by inky blackness and hardly able to see anything. As if that’s not enough, you get to hear chilling sounds and scary screaming which make it impossible for you to move another inch in any direction.

Be sure to take someone to hold your hand, as you scream away in abject terror, just as the designers of the scary house intended.

5. Dungeons of Horror at Wonderla 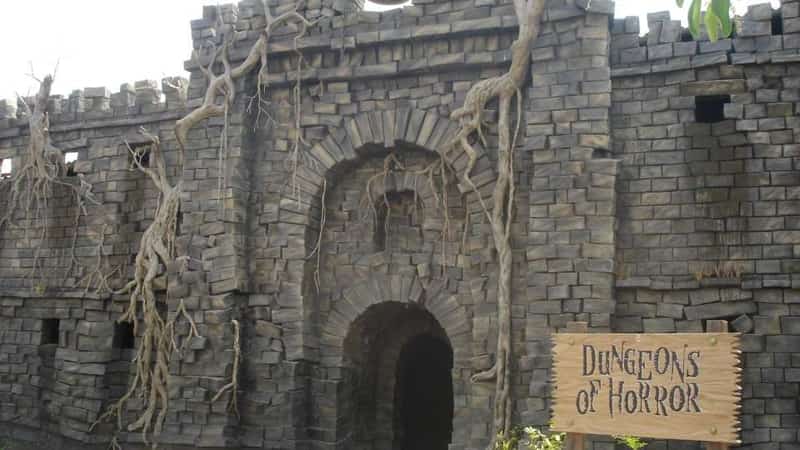 Dungeons of Horror at Wonderla

Take this ride through the haunted and dangerous dungeon at Wonderla to encounter the tormented mind and savage nature of the demented jailer, Amarjeeth Rane through his ghost.

The ride promises to make your blood run cold and when you hear those persistent screams, don’t be surprised to realize that they are actually your own! This sophisticated, computerized ride operates without human intervention, so be prepared to see it through to the end, without leaving half way.

As we said, we have listed some of the weird, spooky and hair-raising scary houses in Bangalore which are definitely designed to ensure that you lose a night’s sleep over them, reminiscing about the terror you have experienced.

After all, these horrors are designed especially for your enjoyment and hope never to fail in making your blood curdle. Do write in and let us know if you know of other scary houses in Bangalore in the comments. 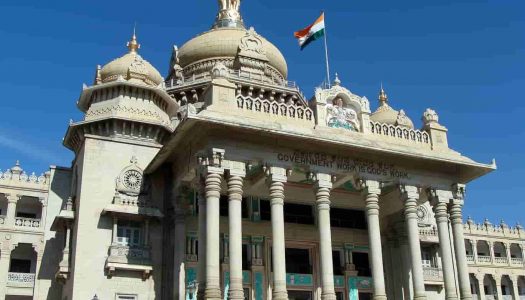 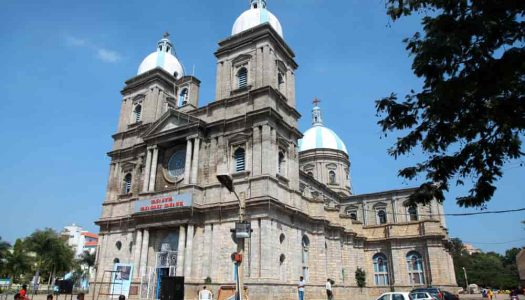 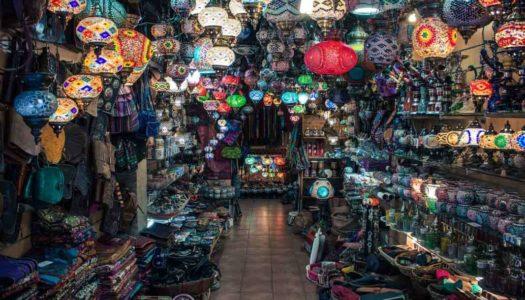 Iconic Indian markets which you should definitely visit

Love it or hate it. Do it in an instant, or procrastinate till you’re ready, shopping is something you just can’t say no to. We’re humans and we need innumerable ... 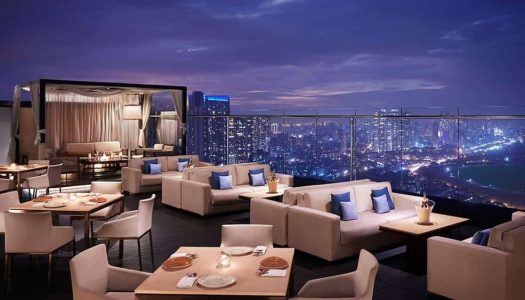 Serenade your Love at these 15 Romantic Restaurants in Bangalore

Whether it is the breathtaking feeling of sitting across your loved one for a meal under the starry skies or gazing into their eyes over a lovely candlelight dinner, the ... 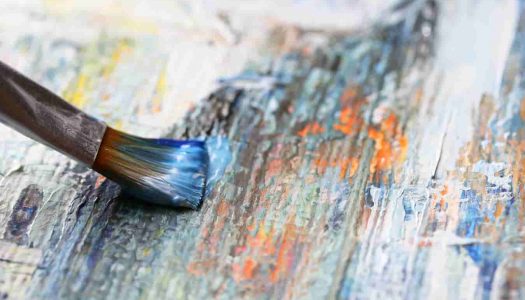 One has got to love Bangalore, for its pleasant climate, energetic people, vibrant ambience, and rich culture. Blessed with a ton of Architectural wonders and the IT hub of our ... 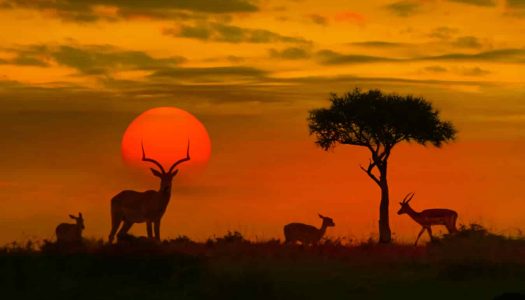 For those who love the great outdoors, but are reluctant to indulge in adventure sports, a visit to a national park is a great way to spend a few days ...