Loss of life and sorrow appear to be an untapped resource in the tourism industry. You’re probably wondering what the term “Dark Tourism” means. Without a doubt! Dark tourism in India is catching up with some of the country’s most popular tourist destinations and competing for a spot among the top attractions. Dark tourism is a type of bereavement tourism in which people visit locations that have a history of being associated with demise and misery.

India has a tragic history, and everyone wonders how far back it can be traced to Old India. Dark tourism in India is catching up with some of the country’s most popular tourist destinations and competing for a spot among the top attractions. Though it may seem strange, nature lovers are increasingly becoming modern-day historians, and as a result, they visit sites that remind them of human pain and the agony of life.

Travel has traditionally been associated with adventure and seeing beautiful places, but as this type of tourism gains traction, it only serves to demonstrate how the human mind cannot be tamed. Curiosity motivates people to take the road less traveled in their quest for answers.

This book is for you if you are a frequent traveler who has been frustrated for a long time because you haven’t had the opportunity to see unusual places. Take a break from your daily routine and visit dark tourist sites in India to see how these places have stood the test of time.

Cellular Jail is regarded as ‘The Location of Exclusion and isolation within a more broadly defined isolated penal area’. Cellular Jail has seen a lot of misery and its wall bears witness to that. Cellular Jail now functions as a National Memorial Park and is also amongst the list of the ideal dark tourist sites in India.

Cellular Jail was a colonial jail and is also known as Kala Pani in the Andaman and Nicobar Islands. It was regarded as Kala Pani because all around the jail was sea and hence no prisoner could escape. It was widely used by the British to exile political prisoners.

In fact, the remote archipelago was thought to be ideal for punishing independence fighters. sent to Kala Pani, they were not only separated from the mainland, but their international travel to the archipelago also resulted in their social marginalization.

It was widely reported that only a small percentage of those who visited there survived. It paints a horrifying and depressing picture, and the majority of visitors go through sorrow and grief.

The entire journey should take no longer than 3-4 hours. Visitors are strongly advised, however, to attend the light and sound performance, which begins at 6 p.m. This may lengthen your journey.

Dumas Beach is undeniably God’s playground during the day, but it transforms into the devil’s playground after dark. It is one of the popular dark tourism sites in India. Every day, hordes of tourists flock to this beach, but they leave as soon as the sun goes down for their safety. Those who have attempted to get their hands dirty have either never returned or have the most horrific stories to tell.

The beach is famous for two things: its black sand and for being haunted! Dumas Beach was once a Hindu burial ground, and as a result, it is alleged to haunt souls who never left the area. Folklore believes that the presence of black sand is due to the amount of ash produced by the cremation of the deceased, which combined with the beach’s white sand and turned dark in shade.

There is some debate about whether or not Dumas is haunted, but the eerie structures in the area certainly add to the mystery and terror. If it weren’t for the rumors that it’s haunted, you should go there just for the delectable bhajiyas.
Interested in visiting haunted locations like Dumas Beach, check now.

Darjeeling is one of the most beautiful cities and simultaneously the most favored dark tourist site in India. It’s a small hill that is beautiful as well as haunted. If the stories are true, it is one of India’s haunted places.

According to the terrifying tales, a headless child has been seen walking and disappearing into the darkness of the woods. The forest is said to be home to an evil creature that causes people to lose their minds and become insane.

Now it’s up to you to decide whether they’re true or just stories! Get used to the creepy atmosphere if you’re going to Kurseong. Avoid crossing the forest and limit your excursion to one day. But, in the end, the small village is a dreamy spot with lovely weather all over the year.

Forts, Havelis, and other architectural structures are steeped in tragic and terrifying stories. Shaniwarwada fort in Pune is famous for its heartbreaking ghost story and historical account of the majestic Maratha Kingdom, which makes it stand out on the list of dark tourist sites in India.

It’s a fantastic place to visit because it gives you a good idea of what Maratha royal architecture looked like in the past. Peshwa Bajirao-I laid the groundwork for this magnificent fort, which is a superb blend of Maratha style and genuine Mughal construction.

According to Folklores, a large fire in 1791 destroyed a significant portion of the fort, but it was burned several times after that until it was eventually destroyed by fire in 1828.

The screams of Peshwa Narayan Rao, whose last minutes before being slain were spent sprinting across the fort pleading with his uncle to save his life, are said to be heard in the fort on a full moon night. Whether or not it is haunted, this location is well worth a visit. You’ll also have the opportunity to visit nearby attractions. There are various forts explore like Shaniwarwada in Pune.

Timing – Highly recommended visiting the beautiful yet dark site in the morning, by 08:00 am.

Bhuj rose to prominence overnight in 2001, but not for the reasons you might think. Bhuj became the haunted dark tourist site in India. An earthquake struck Bhuj at 08:46 IST on India’s 52nd Republic Day (January 26, 2001) and lasted nearly 2 minutes. The earthquake’s magnitude was so great that it killed 20,023 people, injured another 167,000, and destroyed nearly 400,000 homes.

During this time, it was hit by a massive earthquake. As a result of this natural disaster, many people were killed and thousands more were displaced. Bhuj was only 20 kilometers from the epicenter, but the devastation was indescribable.

You’re probably curious about what happened to this location. If the human mind is famous for its curiosity, it is also famous for its ability to solve problems. Visit Bhuj to see how people have
persevered through the ages and how the city has retained its enchantment.

It’s challenging to state what exactly drives travelers to dark tourist sites in India. Tourists are drawn to unusual, unfamiliar, and one-of-a-kind locations, which encourages them to visit India’s dark tourism destinations.

Dark tourism in India can also be used to gain a better understanding of one’s own, regional, or national identity. These dark tourism destinations, which are often associated with heritage tourism or roots tourism, have significant historical value in addition to being famous for a tragic event. Given that “much of history has been unpleasant for many,” hence dark tourism is pacing up amongst the travelers.

Although the name may appear frightening, Dark Tourism in India is anything but. It may haunt you if you are afraid of being upset or challenged after viewing the authentic photographs, but it is not frightening. Because of the rich and pure understanding, it provides to all visitors, dark tourism is becoming more popular in India.

It is the name given to genocide sites caused by natural disasters, an assassination that will provide you with the most information about the past in exchange. After visiting these historical sites, you will be astonished by the rich and pure information you will be holding post your trip.

Dark tourism, also known as black tourism or grief tourism, is defined as tourism related to death or tragedy. Dark tourism is a divisive issue, with some viewing it as a form of respect and others viewing it as unethical. The site resembles another side of life which resembles pain and agony.

Dark tourism in India (also known as ‘black’ or ‘grief’ tourism) is the practice of visiting a location that has gained notoriety as a result of death, disaster, or horror. It could be the site of a natural disaster or of genocide, assassination, incarceration, ethnic cleansing, or war.

4. Why is Dark Tourism is popular?

For many, it’s simply the chance to emotionally immerse themselves in a tragic setting. People must become acquainted with and immersed in prior history and culture. We could give ourselves time to reflect on history by visiting depressing tourist destinations.

Visitors to dark tourism destinations come from a variety of backgrounds. Educational goals, a desire to learn more about the past, and so on are examples of motivations. Others are motivated by a desire to try something new or different. While dark tourism in India is not a pleasant pastime, many people appreciate the educational value it provides. 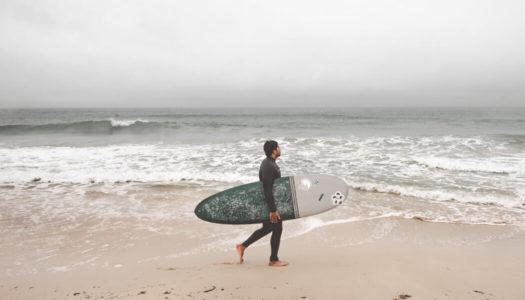 Fun to watch, exciting to participate in, and enjoyed by all ages, is the water sports activity. Watersports in India is one of the most exciting and thrilling activities that ...

Treebo Hotels is now an ISO 9001:2015 (Quality Management System) certified hotel chain that received its QMS certificate from KVQA in May’2020. Treebo Hotels cleared the stringent quality standards of ...

Hotel safety, like travel safety, is a major concern even though the world is slowly getting accustomed to the “New Normal”. The Holiday Season is here, and you must be ...

April marks the onset of summers in most parts of India and urges us to plan a quick weekend getaway or a mini-vacation if there is a scope for it. ... 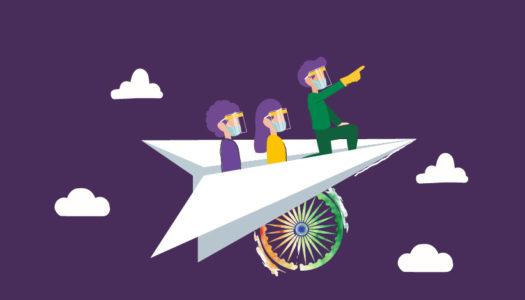 10 Romantic Road Trips in India Every Couple Must Try

Road trips in India for couples are aplenty and you must experience a few if not all of them at least once with your partner! Imagine a smooth ride on ...