Vacations are the first thing that comes to mind when one hears the word “summer.” Despite the blistering heat in most parts of the country, there are plethora of Indian destinations that you should surely visit before summer arrives. You’ll find the best Indian destinations, whether you’re looking for a weekend getaway with friends and family or a week-long solo adventure.

To say the least, Jaipur, India’s Pink City, is a one of the best Indian destinations. For the intrepid traveler, the city offers a fascinating mix of sights ranging from royal palaces to lively taverns, regal forts to sumptuous eateries. Not to mention the welcoming atmosphere of the city, which is a feature of Rajasthan’s royal culture and tradition.

Jaipur’s hotels, too, welcome visitors with open arms. When you’re in such a pleasant and dynamic environment, there’s only one thing to do: soak in all of the city’s splendor. If you’re visiting the Pink City, you cannot go empty handed. Go check the Iconic Indian markets which you should definitely visit.

Where to Stay : Treebo Hotels in Jaipur

Goa, India’s smallest state and unlike any other, is famous for its endless beaches, lively nightlife, distinctive seafood, and UNESCO World Heritage-listed architecture. It’s a far cry from a hippie commune or a beach getaway, but it’s one of the few places open 24 hours a day, seven days a week.

The Goans are extremely friendly to visitors and host numerous festivals throughout the year, the most well-known of which is the New Year and the Goa Carnival. Don’t miss a chance to visit the land of beaches, sunsets, and parties before summers arrive. The party land has got some colorful streets, you should probably not miss. To know more please check 06 most colorful streets in India which you should probably not miss.

While the seafood is delicious, Goa has one of India’s best nightlife scenes, with trendy pubs, beach shacks, beautiful cafes, and a plethora of clubs and discos. Because of the state’s lower alcohol prices, Goa is especially appealing to younger travelers on a budget and indeed is the one of the best Indian destination that one should not miss.

Where to Stay : Treebo Hotels in Goa

Kolkata, India’s second-largest city, is a never-ending celebration of human existence, rich and dirty, polished and frantic, boldly modern yet gorgeously decaying. In every way, Kolkata, also known as the City of Joy, is the country’s artistic, cultural, and intellectual capital. Kolkata’s streets are alive with life and innovation, despite being vibrant, busy, and chaotic.

The city has created a stunning juxtaposition of ancient colonial-era elegance and the burgeoning impending hipster culture that thrives among the city’s millennial citizens, propelled by the indomitable spirit of the self-made middle class. Now you can dine in the sky! Take a look at the top 05 hanging restaurants in India, check this out!

Where to Stay : Treebo Hotels in Kolkata

Udaipur, also known as the “City of Lakes,” is a popular tourist attraction and is one of the best Indian destinations one should surely not miss in Rajasthan that too if you’re looking for a relaxing gateway. Udaipur is known for its turquoise lakes, beautiful palaces, vibrant culture, and delicious food. It is built around beautiful lakes and is surrounded on all sides by the Aravalli Hills.

It is not only a must-see attraction, but it is also one of India’s best places to experience luxury. Boating through the glistening Lake Pichola is one of the most magnificent views and pleasures of any Udaipur vacation. Udaipur, also known as the “Venice of the East,” is without a doubt one of India’s most beautiful cities. To know more please check 06 most colorful streets in India which you should probably not miss.

The magnificence of the Rajput era can still be seen in the city’s architecture. A trip to Udaipur is frequently combined with excursions to Kumbhalgarh (80km) and Mount Abu. The famous Nathdwara temple is about 60km away.

Where to Stay : Treebo Hotels in Udaipur

Varanasi is India’s spiritual capital and the world’s oldest living city. It is also known as Kashi (City of Life) and Benaras. It is one of Hinduism’s seven holy cities. Varanasi’s historic city sprawls across a maze of narrow galis on the Ganges’ western bank.

Prepare to walk a long distance and meet some holy cows! Varanasi is surrounded by temples on almost every corner, but the most popular and oldest is the Kashi Vishwanath Temple. Benaras is referred to as Lord Shiva’s city for a reason, and for good reason.

Varanasi is thought to be a good place to die because it provides moksha, or escape from the cycle of life and death. The spiritually enlightening heart of the city pulsates around the ghats, about 80 of which line the Ganges. To know more about the beautiful places to visit in night, then please check breathtakingly beautiful places in India that are more beautiful at night.

Prepare yourself for the sights, sounds, and smells that are in store for you! The spicy chaat and cool lassi are must-orders. All of the commotion on the ghats comes to a halt just before sunset, when the Ganga Aarti, a magnificent ritual, begins.

This heavenly city is also a popular Buddhist pilgrimage destination. Gautam Buddha delivered his first sermon in Benaras, which is now part of Sarnath. Varanasi is a beautiful tourist place which attracts folks from all over the world. While checking on the best time, Varanasi is one of the must-visit Indian destinations before summer arrives.

Things to do in Varanasi – Boat ride in River Ganges, take bathes at the ghats, sunset strolls along the ghats, attend the evening aarti at the ghat, visit Sarai Mohana village to get a glimpse of the weaver’s community, sightseeing at Sarnath.

Where to Stay : Treebo Hotels in Varanasi

17 Top-Notch Places to Visit Near Mumbai in March

Surrounded by the spectacular Western Ghats, the largest metropolitan of India is loaded with chunks of places to visit. Mumbai, the capital city of Maharashtra guarantees a fun-filled experience for ... 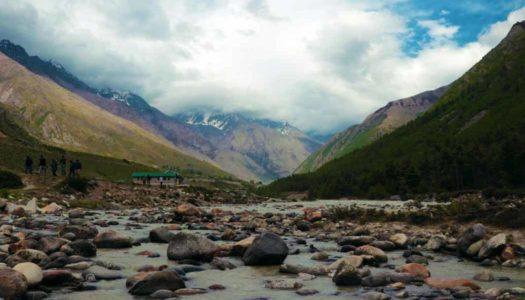 You’re never too old for a snowball fight! Experience the beauty of dreamy lands during the best time of the year! We all enjoy winter, curling up in a blanket, ...

13 Street Shopping Markets in Mumbai For The Bargain Hunter

With a number of street markets offering the latest trends, Mumbai is a shopper’s dream. Every corner offers something new and while you’ll find the best markets in South Mumbai, ...

7 Amazing Shopping Places in Vizag To Shop Till You Drop

Though shopping in Visakhapatnam is not a widely popular activity,  you can find some good places for retail therapy in the malls, stores and local markets. The handicrafts, sarees and ...

A Comprehensive Guide to The Darjeeling Toy Train

The Darjeeling Himalayan Railway Toy Train is a narrow-gauge railway that runs between New Jalpaiguri and Darjeeling. The train also passes through Ghum, which is one of the highest located ...

Kolkata, which is often called the city of joy is one great destination which is rich in many monuments which reflects the beauty of the glorious past. The city was ...