All You Need to Know About the 12 Jyotirlingas in India

A  Jyotirlinga is the devotional representation of Lord Shiva. It is considered to be sacred and holy. Many devotees of Lord Shiva visit these 12 traditional Jyotirlinga shrines in India to pray to the Lord and offer obeisance.

These shrines are nothing but manifestations of Lord Shiva and are worshipped in the form of Jyotirlingam or the phallus symbol of the deity. Originally there were 64 Jyotirlingas, but only 12 are considered holy and auspicious. Hop on this spiritual tour as we take you on a journey to the stunning 12 Jyotirlingas in India.

Where are the 12 Jyotirlingas situated in India? 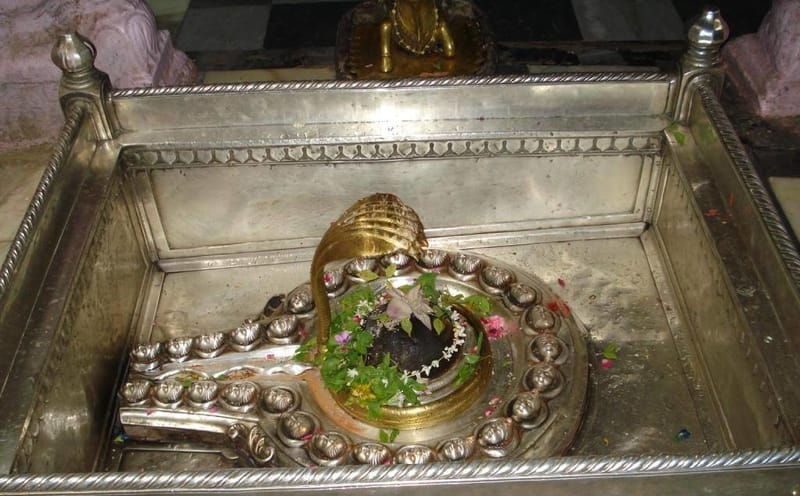 The Kashi Viswanath temple is called the Golden Temple of Varanasi and is situated on the banks of the river Ganga.

It is famous for housing one of the twelve Jyotirlingas in India. Legend has it that Varanasi was the first place where the Jyotilinga first manifested. It is also believed that Lord Shiva actually resided here. This is the reason why people wish to die in this holy place, where the Lord himself dwelt once, and attain liberation.

Varanasi, apart from having the best temples in India, is also famous for its rich history. Therefore, apart from going to temples, you can indulge in several activities while visiting Varanasi.

Book a Treebo hotel in Varanasi and worship the Lord, the giver of liberation! This sacred temple is situated at the feet of the mountain named Kedar. According to legends, impressed by the penance of Nara and Narayana, the incarnations of Lord Shiva and Vishnu took the form of a Jyotirlinga and made Kedarnath their permanent abode.

The Jyotirlinga at the Kedarnath temple is open for only six months of the year and during this time, many devotees make a pilgrimage to the sacred site as they believe that praying here fulfils all their desires and needs. People also visit Yamunotri and Gangotri before heading to Kedarnath and bring the holy river water to offer in this temple. 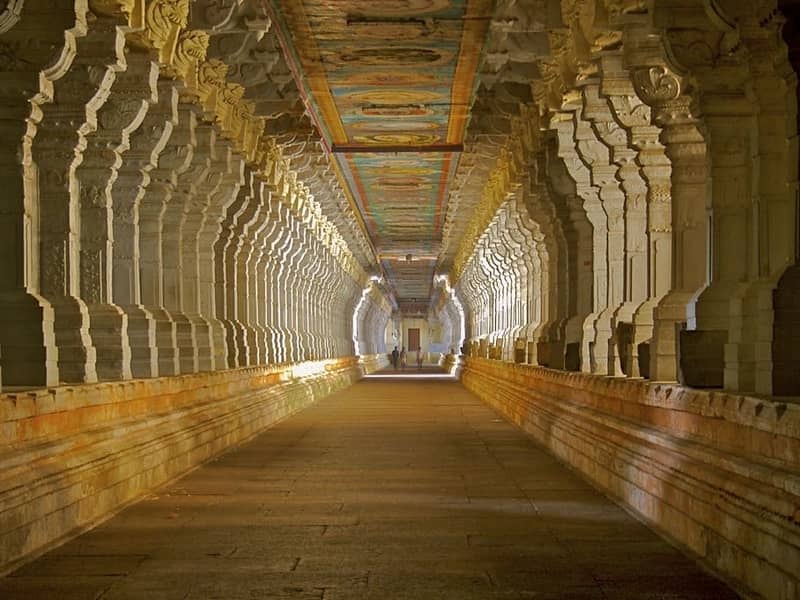 The southernmost Jyotirlinga in India is present in Rameshwaram, off the Sethu coast. This temple is considered as sacred as that of the Jyotirlinga in Varanasi and is also known to be closely associated with the epicRamanaya. Lord Ram on his way to Sri Lanka had stopped in Rameshwaram to worship Lord Shiva to seek his blessings and then went to Sri Lanka to slay Ravana and safely return with Sita.

The temple is renowned for its intricate architecture in the form of embellished corridors, towers and 36 theerthams. It is often visited by those who embark on the Char Dhams of India.

You may also read about 6 Must-Visit Temples in Rameshwaram This Jyotirlinga is located on the banks of the Krishna River, on the lap of Shree Shaila Mountain in Andhra Pradesh. This temple is known as the “Kailash of the South” and the main deities of this temple are Lord Mallikarjun (Shiva) and Goddess Bhramaramba. The Mallikarjuna is a praiseworthy Shiva temple in South India because of its amazing structure and divine ambience.

The temple houses one of the twelve Jyotirlingas in India and is also one of the 52 Shakti Peethas of Sati, so it has many tourists visiting regularly. The Jyotirlinga at the Nageshwar Temple is significant because devotees believe that it protects man from poison and danger. The temple is located on the coast of Sourashtra in Gujarat.

Many visit the temple to offer prayers because they believe that doing so saves them of all evil in the world and also protects them from any form of poison. Other highlights of the temple are the large statue of Lord Shiva and lush gardens. According to scripture, Gautam Rishi and the Godavari river pleaded with Lord Shiva to make Trimbakeshwar his home and hence Shiva appeared in the form of a Trimbakeshwar to made this holy temple his abode.

Unlike the other 11 temples, the Jyotirlinga here has a different shape. There is no shrine at the temple, but there is a void with three pillars representing the Gods, Maheshwar, Brahma and Vishnu.

Along with going to temples, you can also indulge in these 18 must-try activities in Nashik.

Book a perfect stay at Treebo hotels in Nashik and visit this famous Jyotirlinga.

The Jyotirlinga at the Bhimashankar Temple

This temple was built by Bhima, the son of Kumbhakarna. The temple has a lot of history behind it and is a famous pilgrimage site. Visit the temple to check out the stone facade of the building covered in Nagara architectural patterns and to offer prayers to Lord Shiva. The famous Kamalaja temple is also located close by. The Jyotirlinga at the Grishneshwar Temple

This temple is constructed in true Shikhara architectural side out of the red rock. It is famous for housing one of the 12 Jyotirlingas in India.

At the temple you can also spot a Nandi bull and carvings of different Indian Gods and Goddesses. The highlight of this temple is the Vishnu’s Dashavatar, that is carved entirely of red rock.

Book Treebo hotels in Aurangabad for a quality stay! The Jyotirlinga at the Somnath Temple

The Jyotirlinga at Somnath has an interesting story, it all begins with love. Love between the moon and Rohini, the daughter of Daksha Prajapati.

They both had a lot of trouble in their relationship, but it was saved by Lord Shiva, who appeared as Somnath and saved them. Since then Shiva is believed to have made Somnath Temple his home after he appeared as a fiery column of light. Omkareshwar is where Lord Shiva appeared to defeat the Danavas who came to fight the Devas. Located on the banks of the river Narmada, the temple is located on an island that is believed to be rooted in mythology and Hindu culture. Visit this holy temple to seek the blessings of Lord Shiva and explore the temple. 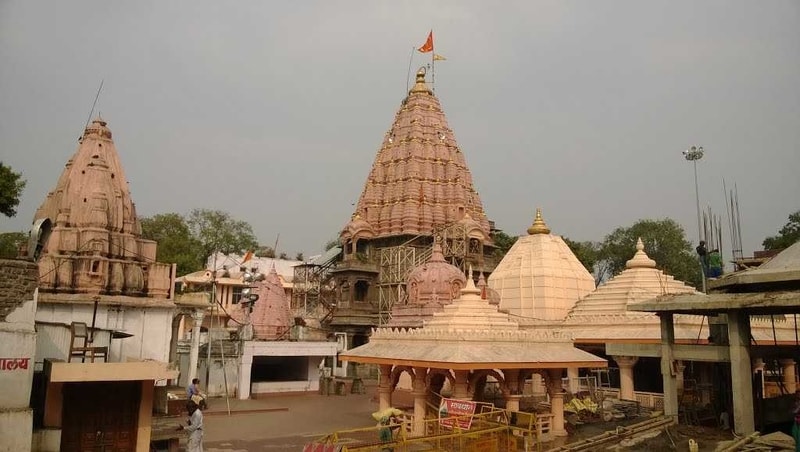 The Mahakaleshwar houses one of the most popular Jyotirlingas in India. There are many legends behind how the Jyotirlinga came into being at this temple.

One of them is about a boy who kept worshipping a stone, pleased by his devotion, Lord Shiva came down as a Jyotirlinga and settled in the town. The Mahakaleshwar is also popular for being one of the seven “Mukti-Sthal” in India.

You can now book Treebo hotels in Ujjain for a comfortable stay! This temple is one of the 52 shakti peethas of Sati. It is also one of the highly worshipped Jyotirlinga shrines in India. According to the legend, Ravana prayed sincerely to Lord Shiva to make Sri Lanka invincible. In turn, Lord Shiva granted one Jyotirlinga to the Lanka King and asked him to safely carry it without placing it on the ground.

But unfortunately, Ravana was forced to place the Jyotirlinga on the ground and it got rooted. As penance, Ravana cut his 9 heads and offered to Shiva, who in turn fixed them back to his body like a vaidya or doctor, hence the name Vaidhyanath to this Jyotirlinga. Devotees believe that coming to the temple helps them get rid of misery and suffering. For a unique experience, visit during the Shravan month.

The 12 Jyotirlingas in India are a must-visit for anyone interested in religion and culture. Visiting all of them gives you immense peace and joy.

If you are keen to explore the nearby places and are looking for suggestions on what to see and do, we can help with suggestions, send us your queries in the comments below and we will get back to you with a reply. Are you fed up working from home for months at a stretch? Are you yearning to step out for a mini-vacation? Well, maybe you should. Working constantly day in and ... Long weekends are nothing but holidays before and after a weekend, which when combined can give you 3 or sometimes even 4 days of holidays.  Apart from being excited about ... The cultural, ethnic and religious diversity in India has given rise to myriad festivals that are celebrated with unparalleled enthusiasm by Indians across all demographics. The festivals minor or major, ... List of Long Weekends in 2020 Is Out: Get Ready to Travel!

If there’s one thing that can put a wide smile on our faces, it’s nothing but the much-awaited long weekends. If you’ve been flipping through the calendar and trying hard ... The Spectrum of National Festivals of India

As Siddharth Katragadda, a famous writer of the Indian origin puts it “The Greatness of a Culture can be found in its Festivals”, so, the greatness of a country like ...