Experience the ‘Khushboo Gujarat Ki’ with some of the fantastic weekend getaways from Ahmedabad.

Given below is the list of the 10 exciting weekend getaways from Ahmedabad. Scroll through to know more –

Vadodara, the cultural capital of Gujarat, was formerly an important economic center. The city, situated on the Vishwamitri River, is home to various Jain shrines, Hindu temples, and pre-Mughal structures. The city is distinguished by its nine-day Navratri celebrations, unique in India.

The ideal time to visit Vadodara is when the city is filled with cultural extravaganzas and a joyous spirit making it one of the most sought-after weekend getaways from Ahmedabad.

Vadodara, often known as Baroda, is one of Gujarat’s main cities. Numerous cultural sites and monuments still survive in the city, conveying tales of a bygone period and attracting many visitors, travelers, historians, and art and architecture enthusiasts.

The Nyay Mandir, the Maharaja Sayajirao University of Baroda, and the Lakshmi Vilas Palace are among the top Vadodara sights you must see.

Famous things to do – Shopping at Baroda Prints, Paintball at Delta 9, Indulge in street food and visit famous restaurants to relish Gujarati cuisine

Suggested to Read : 9 Exciting Weekend Getaways From Indore That You Should Visit

The lively hill station’s long, winding roads and softly spreading Aravallis are the first things you notice. Mount Abu is Rajasthan’s sole refuge from the scorching sun and one of the favorite weekend getaways from Ahmedabad. Of course, breathtaking natural beauty is not the only factor that draws travelers to this area; the ancient Dilwara Temples also deserve recognition.

The Dilwara Temples, over a thousand years old and devoted to Jainism, are a breathtaking architectural marvel. Pilgrims are amazed by the temples’ majesty, although their exteriors are unassuming.

Mount Abu is referred to as an “oasis in the desert” since it is the only hill station in the desert state of Rajasthan and has peaceful woods, rivers, lakes, and waterfalls.

Udaipur, the ancient capital of Mewar and the “City of Lakes,” has long been a popular destination and one of the most popular weekend getaways from Ahmedabad for tourists. The City Palace overlooking Lake Pichola is only one of the many architectural delights in this historic city.

Fateh Sagar Lake and Jaisamand Lake, surrounded by awe-inspiring natural beauty, are two of the lakes you must see on your lake trip. The lively marketplaces of Udaipur, which offer everything from traditional Rajasthani art to colorful glass lamps and vivid furniture, are also an essential aspect of the city’s culture.

Where to Stay : Treebo Hotels in Udaipur

If you’re going to the city, you can choose one of the many routes. Your very own travel guide for Udaipur is here to help you.

Kumbhalgarh is a typical Rajasthani town known for its stories, opulent architecture, and rich history. The city is renowned worldwide for its second-longest continuous wall and its rocky terrains.

You’ll feel like you’ve stepped back in time as you’re surrounded by antiques and other nods to the past.

There is so much to see and do in this little city, from temples and chattris to uncommon animals and flora making it one of the most loved weekend getaways from Ahmedabad.

Famous things to do – Light and sound show, visit the biggest wall of India, climb up to the Palace of clouds (Badal Mahal), trekking and jungle safari at Kumbhalgarh wildlife sanctuary, horse riding and village walk

Bhuj is recognized as a desert town and one of the well-known weekend getaways from Ahmedabad. Several palaces in Bhuj date back to the period of Naga chieftains, Jadeja Rajput lords, the Gujarat Sultan, and the British Raj.

Bhuj is one of India’s most fascinating historical places, with its numerous temples, narrow lanes, and traditional handicrafts. After the earthquake of 2001, the city was left in ruins and is now in the process of rebuilding.

Prehistoric artifacts from the Indus Valley Civilization (Harappan), Mahabharata sites, and Alexander the Great’s march into India tie Bhuj’s tourists to a broad spectrum of civilizations and significant events in South Asia history. The city of Bhuj is home to several historical landmarks.

Also Read : The ultimate guide to 14 weekend destinations near Hyderabad

Surat in Gujarat is situated on the banks of the Tapti River and near the Arabian Sea; it was once a significant seaport and commerce hub in the past.

It is known for its silk and textile industries and its diamond cutting and polishing businesses; thus, it is also known as the Silk City or the Diamond City of India. It is undoubtedly one of the most popular weekend getaways from Ahmedabad.

Champaner-Pavagadh, an archaeological park in the Panchmahal region of Gujarat, is a UNESCO World Heritage Site. Countless historical and heritage sites, undiscovered monuments, prehistoric sites, antique palaces, and forts of several thousand years make the area a veritable treasure mine for history buffs and one of the favorite weekend getaways from Ahmedabad.

It is thought that Pavagadh Hill is one of the earliest rock formations in India, and the Champaner is situated near its foot.

Famous things to do – Trekking, ropeway to the hilltop, cycling

Vijaynagar is brimming with charming perfection of character. It is surrounded by mountains and traversed by the Harnav River. If you are searching for peace close to Ahmedabad, this is the ideal location and one of the perfect weekend getaways from Ahmedabad.

The calm atmosphere would enchant you with its allure and tranquility. Numerous folks from Ahmedabad come here on weekends and even throughout the week to enjoy the serenity of this calming forest.

This Polo Forest in Vijay Nagar is a favorite of the Ahmedabad populace; camping in this magnificent location would be a sight for sore eyes.

Famous things to do – Trekking and Camping in Polo forest

Patan, the state capital of Gujarat for over 650 years, a portal to an ancient past, and a city of old-world beauty and tales, will captivate you. The increased interest in the town may also be attributed to Rani ki Vav, a UNESCO World Heritage Site and one of the city’s most popular attractions.

This city, also known as Anahilvada Patan, is home to a thousand-year-old revered Kali temple devoted to Kali Ma, the Solanki dynasty’s Kuldevi or family deity. Patan, a major commerce and learning hub, is home to exquisite patola and mashru weavers. The city is worth considering as one of the weekend getaways from Ahmedabad.

The Gir Forest National Park should be on the bucket list of any wildlife enthusiast. The sanctuary, which is home to the beautiful Asiatic Lion, has progressively been effective in maintaining this species. A portion of the area is a national park, while the remainder is a wildlife sanctuary, allowing you to observe these majestic lions in their natural environment.

Gir is difficult to locate because of its steep hills, rugged terrain, and deep valleys, but a sight of the Asiatic Lion is well worth the effort! If you’re a bird watcher, you’re in for a real treat at this sanctuary, which boasts a beautiful population of birds.

A great deal of work has gone into maintaining the sanctuary. Thus visitors must observe all guidelines regarding wildlife conservation.

Gir National Park is also an excellent place for walking in the wilderness, with a great trekking region, making it the most visited destination for weekend getaways from Ahmedabad.

Experience the ‘Khushboo Gujarat Ki’ with some of the fantastic weekend getaways from Ahmedabad. A quick weekend escapade from the monotonous city life of Ahmedabad will be calming and satisfying while giving you a kick of adventure. Go for one such weekend getaway with your family and friends.

Are you a foodie? Visit these food joints to enjoy the best street food in Ahmedabad. 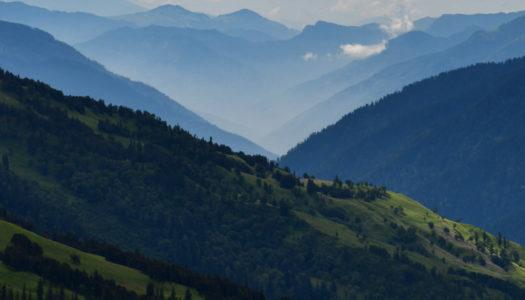 Hi all! Did you go through this year’s holiday calendar? The vibrant season of Summer has got some long weekends to look forward to. So how does escaping the crazy ...

Don’t Overlook the 10 Most Popular Weekend Getaways near Vadodara

Vadodara is well-known for its magnificent palaces and majestic monuments, which have drawn a large number of visitors. Vadodara also has a number of cultural sites and temples, making it ...

10 Amazing Weekend Getaways Near Agra For A Cool, Calm And Refreshing Experience

There are several weekend getaways near Agra to be explored. The romantic city Agra is located near the banks of the Yamuna River and is most famous for possessing ... 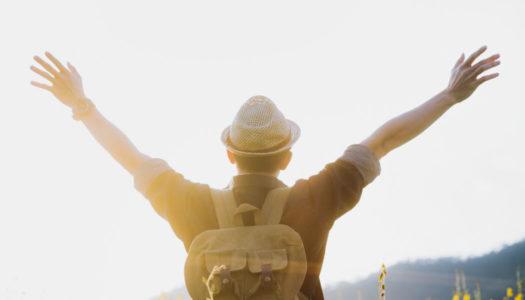 Hyderabad, known as the ‘City of Pearls’, is the capital and the largest city in Telangana. It is placed along the banks of river Musi. This intriguing city is a ...

Gurgaon, also called Gurugram, is known to be one of the biggest IT hubs in India. It is called the Millenium City for its progressing nature and housing many startups. ... 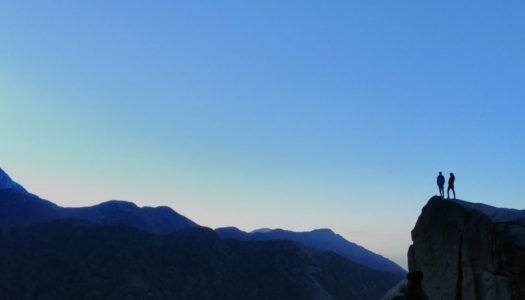 All about Dharamshala – the best ever travel guide!

Wondering what makes Dharamshala, Himachal Pradesh, a summertime heaven? We’re here with a long list of reasons! From the scenic beauty that’ll make room in your heart, to the perfect ...