8 Gangtok Tourist Places In And Around The City To Explore Mountains, Monasteries And Much More

Gangtok, known as the ‘Land of Monasteries’, is nestled amidst the foothills of the great Himalayas in the state of Sikkim. It’s not just an alluring location but also has some of the most stunning views of the snowcapped mountains, especially of the world’s 3rd largest mountain, Kanchenjunga. Wild and wonderful to wander, it is a place that beholds immense charm. From the serene monasteries to the dense forests and natural water bodies, a traveller can indulge in an array of Gangtok tourist places that are in and around the city.

Seek peace and calm or adrenaline and adventure as the destination offers everything. Let’s decode some of the most magnificent Gangtok tourist places to visit that are not mainstream sightseeing spots.

Phurchachu Hot Springs (Reshi) is considered a sacred place by the natives for its unique benefits and due to the lores the place holds. Located not far from the main city, one can easily reach the place through various means of transportation. One needs to just walk a little distance to reach this secluded place. Taking a dip here is known to carry medicinal benefits that aid certain ailments.

The site is placed near one of the 4 holy caves of Sikkim – Jhang Lhari Nyingphug in the North, Lo Kando Sanphug in the South, Sharchog Beyphug to the East and Nub Dechunphug in the West. This hot spring is near the Southern Cave, whose name translates to the ‘Cave of the occult fairies’, due to the legend that the fey folk reside there. You can also explore the cave while at the hot springs.

Kanchenjunga Biosphere Reserve, also called Khangchendzonga National Park is situated around 45kms away from the city of Gangtok. This one of a kind place is considered a UNESCO World Heritage site. Unfurling over the mountains, green meadows and lush forests, this wonder of a place is something you just can’t miss. It houses innumerable lakes, glaciers, peaks, caves, hot springs and an endless variety of flora and fauna.

Check out these places in India to witness magnificent wildlife.

Tinkye Gonjang Monastery, a place blessed by the great Dalai Lama, is just a few kilometres away from the main city of Gangtok. The Gonjang Gompa was built in the year 1981 and is known to be home to some distinctive artefacts. There is a viewpoint named Tashi near the place from where one can witness a panoramic view of the great mountains and the valleys below. It has some beautiful golden statues and huge prayer wheels. The architecture is simple yet sensational, painted in an array of hues. One can just lose sight of the time when in this glorious location.

Kabi Longstok, also called Kabi Lungchok, is a historically important place that is just a few kilometres away from Gangtok in a forest area. It is where the ethnic tribes of Sikkim, the Lepchas and the Bhutiyas signed a treaty called the Treaty of the blood brothers. The literal meaning of the name of the place, Kabi Lungchok, translates to ‘Stone erected by our blood’.

The religious site has life-size statues built of the chiefs of the two tribes who signed the treaty to commemorate the event. The stone pillars and the area around its site are decked in religious coloured cloth and the traditional Buddhist prayer flags. Places like this are one of the most intriguing Gangtok tourist places a traveller shouldn’t miss.

Some magnificent places to visit a little away from Gangtok but not too far for a day’s trip:

Dubdi Monastery, also called Yuksom Monastery, was established in 1701 by Chogyal Namgyal and is renowned for being one of the oldest monasteries in Sikkim. It is located on a hill in Yuksom about a 119kms away from Gangtok, making it a secluded and peaceful spot. Dubdi translated in the native language is ‘The Retreat’.

The architecture of the place is just stunning, with colourful interiors of symbols, manuscripts, images of saints and more, and it has a bell shaped gilded dome on top of the roof called ‘Gyaltshen’. This site is a must-see from the wide list of Gangtok tourist places to visit near the city.

Mangan is a quaint village near Gangtok that gives its visitors an old soul vibe. It is one of the homes of the indigenous Lepchas. The place owns some breathtaking views and spectacular monasteries that have a mixed architecture of Tibetan and Indian styles. This hidden gem marks the starting point of many offbeat hiking trails that are yet to be discovered by trekking enthusiasts. It acts as a bridge between various destinations and is often missed for its soulful scenes.

Things to experience in Mangan

Intriguing enough to be one of the nearby Gangtok tourist places? We think so! If you love hiking, check out these 10 unexplored treks in India.

Samdruptse Hill, in Namchi of Sikkim, is around 71kms from Gangtok, where the world’s tallest statue of Guru Padmasambhava can be found. The name of the hill translates to ‘Wish fulfilling hill’. The sculpture stands on a monastery which is quaint and just eases your mind and soul. This location holds captivating views of the Himalayas, and one can also spot the gigantic figure of Lord Shiva in Char Dham. You can take a cable car ride to visit the Namchi rock garden as well.

Well, there you have some offbeat Gangtok tourist places that will just leave you in awe. Though the city has numerous monasteries, hiking trails, temples, monuments and much, much more, we handpicked those you might miss when at this incredible destination. Take your time to unveil everything in and around this place to satisfy your adventurous soul.

To make your journey incredible, you can choose from some great stays in Gangtok while you explore the destination. 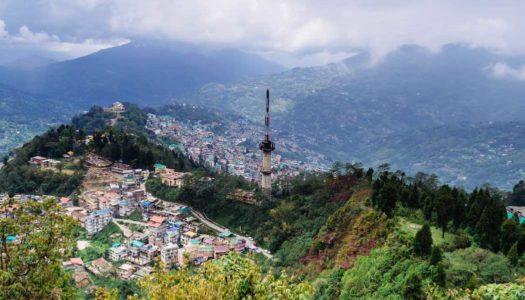 Best Time To Visit Gangtok, Sikkim: When You Should Go And Why

Here we have brought together all you need to know about your trip including the best time to visit Gangtok, places to visit, and hotels in Gangtok. A fun-filled ... 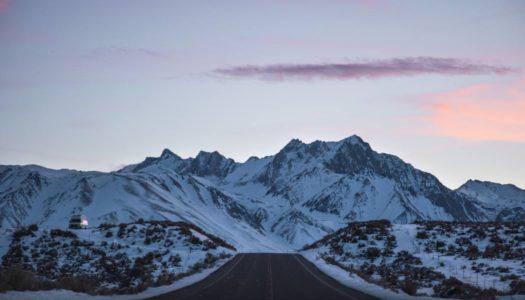 Experience the spectacular snowfall in India at these 9 places

Winter is coming, and so is the highly awaited winter vacation! The most beautiful time of the year should not be wasted sitting at home and watching television. Especially when ...