8 Popular Indian Literary Festivals to Attend Once In Your Lifetime

Popularity and readership of books are key indicators of whether a society is progressing or regressing. Perhaps you are a bookworm and love spending time in the library or maybe you’re just a casual reader who likes to read on rainy days. Either way, you must have come across many reading enthusiasts in your life. But have you ever heard of Literary festivals? They are the most amazing amalgamation of literature and festivity.

Literary Festivals are events where readers, writers and word-lovers come together and mutually share their love for books. The 8 best literary festivals in India cater to all kinds of readers and writers by offering them an opportunity to meet new authors, visit panel discussions, attend workshops, listen to readings from famous authors and even get a peek into up-and-coming ones.

The Jaipur Literature Festival (JLF) is one of the huge Literary Festivals in India for readers and writers. Held in the last week of January every year in the ‘Pink City’ of Jaipur, it is a celebration of literature and ideas. The festival attracts more than 50,000 visitors annually and has become a significant event for literature and culture in South Asia.

JLF is a volunteer-driven organization and a not-for-profit venture. The JLF was started in the year 2006 by a group of people including Namita Gokhale, Gautam Padmanabhan, Sanjeev Saith, Shakun Gupta, Shalu Srivastava, and Suman Biswas. JLF’s vision is to ‘bring the world to India, and bring India to the world’.

It is meant to be a ‘gathering of the English-speaking world, with a focus on the Indian Subcontinent. The JLF has been hosted by Madras, Bangalore, Delhi, Hyderabad and now Jaipur. Check out Rajasthan International Folk Festivals.

The Kolkata Literary Festival is an annual event held in Kolkata, the cultural capital of India, featuring talks by prominent writers, poets and artists on subjects related to their craft. The festival, hosted by the publishing house ABAA (Amrita Book, Art and Authors), was inaugurated in 2011 by eminent Indian author and activist Shobhaa Dutt.

English, Bengali and other Indian languages are represented at the event, with topics varying from poetry and fiction to travel writing and music. The venue is the Indian Institute of Management, Kolkata. The event is scheduled for early December.

The Kolkata Literary Festivals also features an exhibition of paintings, drawings and photographs by artists from across the country. It is also a venue for young, aspiring writers to exhibit their work. The ABAA website provides information on the schedule and other details of the event.

The Times of India Literary Fest has been held annually in the city of Mumbai since 2008. It is a two-day event held in October, organized by Bennett, Coleman & Co. Ltd., the publishers of The Times of India. Over the years, the event has grown to be one of the largest literary festivals in Asia and is attended by both Indian and international authors, as well as other celebrities.

The Times Literary Festival is also a major social event in the city, attended by fashion and Bollywood personalities, as well as business and political leaders. Each year, the organizers invite a renowned personality to be the chairperson of the Literary festival. The chairperson is invited to speak at the opening session and also hosts a session.

According to the organizers, over 40,000 people attend the festival each year. Visitors can attend as many of the sessions as they like. There is no admission fee. However, each visitor has to buy a Festival Pass to get a Festival Bag, a program booklet, and a daily newspaper.

The Khushwant Singh Literary Festival was first held in 2012. The festival is named after the renowned author and journalist Khushwant Singh, who wrote on a range of topics including history, religion, culture and politics. He also worked as an editor in various publications, including the Hindustan Times, where he worked for over 50 years.

The festival’s theme is ‘The Cutting Edge of Culture’. It is designed to ‘encourage critical thinking, enhance cultural and intellectual exchange, and provide a platform for forging new partnerships and collaborative projects between Qatar and India’.

The daily sessions are followed by discussions and book launches. There are also exhibitions and film shows. The organizers say that the Khushwant Singh Literary Festival is a ‘celebration of the written word and a coming together of creative minds.

Entry Fees: KSLF does not charge any entry fees. However, the Kasauli Club does levy a temporary membership charge.The guest entry fee is Rs. 250 per Day.

The Bangalore Literature Festival is an annual event organized by the Litcraft group on the last weekend of October or the first weekend of November. Like other literary festivals, the event is a celebration of literature and ideas. The venue is the historic Central College in Bangalore, the city known as the ‘Garden City’.

The festival attracts thousands of readers and authors, as well as other people who are interested in literature and the creative arts. The festival hosts interactive sessions with authors from different countries as well as Indian authors and artists.

Visitors can meet their favorite authors and get their books autographed. They can also participate in discussions about books and other literary topics.

The Bangalore Literature Festival has won several awards, including the Travelers’ Choice Award. The organizers say that the event is an ‘extraordinarily eclectic mix of books and authors, music and dance, food, crafts and ideas.

The Himalayan Echoes- Kumaon, Festival of Literature & Arts is an annual event held in the month of December in the town of Nainital, Uttarakhand. The festival is organized by the Kumaon Literary Society, a non-profit organization promoting the literary arts since 1952.

The festival hosts sessions with visiting Indian and international authors and artists, and hosts cultural events as well. It is also a venue for young, aspiring writers to exhibit their work.

The venue of the festival is Lakeview Park in the town of Nainital. The festival hosts sessions with authors who discuss their books and other topics related to the literary arts.

There are also cultural events like folk dances and music shows. The organizers say that the Himalayan Echoes Literary Festival is an ‘extraordinarily eclectic mix of books, music, dance, art, and ideas’. It is ‘a celebration of the written word, a coming together of creative minds, and a step towards building a bridge across cultures’.

The Kerala Literature Festival is an annual event held in December in Thiruvananthapuram, the capital of Kerala, a southern state in India. The festival aims to bring together writers and artists from all over the world and also to highlight the richness of the culture of Kerala.

The festival is hosted by the Kerala Literary Society, a non-profit organization established in 2012. The venue of the festival is the S K Center, a convention center in the city.

The Kerala Literature Festival hosts sessions with writers who discuss their books and other topics related to the literary arts. There are also cultural events like folk dances and music shows.

The organizers say that the Kerala Literature Festival is an ‘extraordinarily eclectic mix of books, music, dance, art, and ideas’. It is a ‘celebration of the written word, a coming together of creative minds, and an attempt to build a bridge across cultures’.

The Lucknow Literary Festival is an annual event held in February in the city of Lucknow, the capital of the northern state of Uttar Pradesh. The festival brings together writers and artists from India and abroad.

It is organized by the Friends of Libraries Society, a non-profit organization that promotes reading and other literary activities in the city. The festival is held in various venues in the city, including schools, colleges, and heritage buildings. The festival hosts sessions with visiting Indian and international authors who discuss their books and other literary topics.

There are also cultural events like music shows, dance performances and exhibitions. The organizers say that the Lucknow Literary Festival is an ‘extraordinarily eclectic mix of books, music, dance, art & culture.

While many people believe that literary festivals are only for the elite, this is simply not the case. The events listed above are open to anyone who loves words, whether you’re a beginner or an expert, whether you’re writing or reading. And all these events are free of charge—that’s right, nothing to pay for! If you love reading, attend these festivals next year.

They offer an enriching environment perfect for readers and writers alike. And, if you’re an author and would like your book to be considered for an award, consider submitting it to an event listed above. The best way to earn recognition and sell more books is to attend and take part in these festivals! 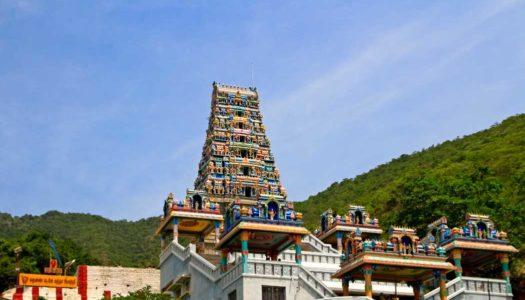 India, which is home to 33 crore Gods and Goddesses, is also the location of several renowned ancient buildings honouring these gods. Let’s visit a significant city in the south ... 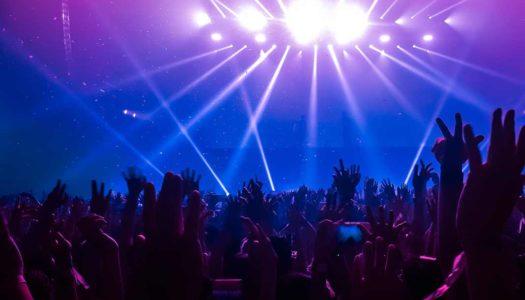 9 Incredible Things to Do at Home During the New Year

2021 has been a big roller coaster, but there are plenty of bright spots on the horizon to cheer about. There is no way better to ring in the New ... 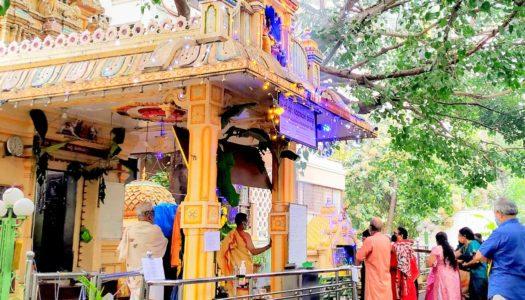 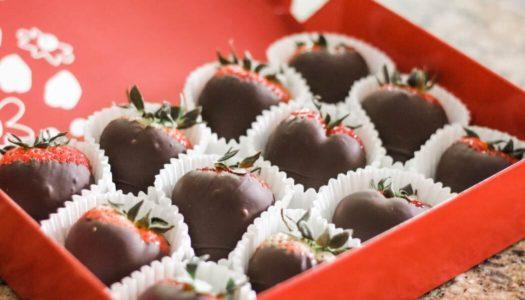 Chocolates in India that you must try this Valentine’s Day

From the bright minds at Treebo, here comes another mind-blowing idea for your Valentine’s Day rendezvous. If I ask you to name 5 Valentiney things, I’m pretty sure chocolate would ... 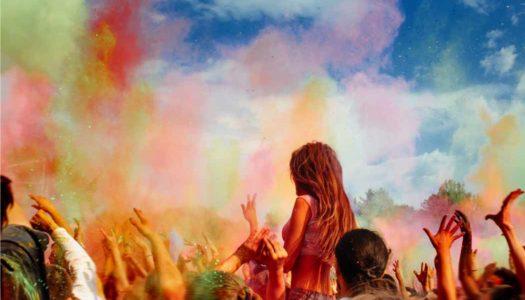 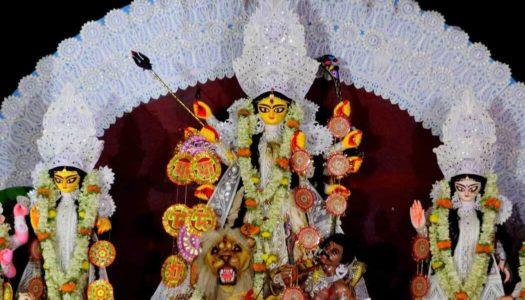 Seek Blessings Of Maa Durga For Joy And Prosperity In Life During Kolkata Durga Puja 2022!

When Maa Durga arrives in all her glory, the city prepares to receive her with open arms. Kolkata is making preparations for the Durga Puja 2022 festival.