Seek Blessings Of Maa Durga For Joy And Prosperity In Life During Kolkata Durga Puja 2022!


Kolkata is making preparations for the Durga Puja 2022 festival.

It is that moment of the year again when the women of Kolkata excitedly whisper “Maa Ashchen” to one another. When Maa Durga arrives in all her glory, the city prepares to receive her with open arms.

While Durga Pujo is celebrated spectacularly all around the globe, none does it with the same enthusiasm as it does in Kolkata, India.

How Is Durga Puja In Kolkata Celebrated?

During the nine nights of Navaratri, the city of Kolkata hosts the biggest events in honor of the goddess Durga. In Kolkata, Durga Puja lasts five days, from the sixth day to the ninth. Pandals with large imposing idols of Goddess Durga are open to paying their respects to the public.

Visarjan (immersion in water) of the idol takes place on the tenth day, also known as Dashami, with elaborate processions and festivals. Durga Puja 2022 kicks off on October 1st. and ends on the 5th or final day. October.

Chokkhu Daan – The Day Durga’s Eyes Are Painted In Kolkata

The Kolkata Durga Puja includes unique practices. A week before Navratri, Goddess Durga’s idols are painted but without eyes. Mahalaya marks the occasion of the invitation of the Goddess upon earth through ceremonies; hence, on this day, the eyes are drawn to the idols. This auspicious rite is known as Chokkhu Daan. When painting eyes on idols, the Goddess supposedly descends to earth. Kumartuli, or potter’s area in North Kolkata, is known for the creation of most of the idols.

Durga Puja 2022 In Kolkata: The Procession To Bring In The Goddess

On the sixth day of Navaratri, the first day of Durga Puja In Kolkata, the idols are carried home or placed in public pandals. The idol is decked with flowers, garments, jewelry, vermillion, and sweets. Lord Ganesh is with the Goddess idol. Durga is Parvati’s incarnation and the mother of Ganesh and Kartikeya.

This ceremony invokes Goddess in the idol. On the seventh day, a little banana plant called Kola Bou is washed, clothed in a red-bordered sari, and transported back in a procession to be placed near the Goddess’ idol. The festivity then continues with traditional prayers and puja. The events include several cultural activities, such as the performance of traditional dances, songs, and dramas.

Dashami is the tenth day of Kolkata Durga Puja; it is said that Goddess Durga defeated the Demon and restored the earth’s equilibrium on this day. Vijayadashami is another name. On this day, Goddess Durga is worshiped as she prepares to leave.

Large hundreds of worshippers join the procession to immerse the Goddess in water. Women, especially married women, start the procession by applying sindoor to the Goddess and subsequently to each other. It represents marriage and fertility. There is a similarity in the immersion of the idol to that of Ganesha Chaturthi.

Planning an October trip? Check out these 12 best places to visit in October in India for a fun-filled holiday.

The beautifully adorned pandals each feature stories of Goddess Durga or scenes from Hindu epic scriptures. Some pandals now promote a social purpose. The beautifully lighted pandals in hundreds of hues at night are quite a sight.

Kolkata is a foodie’s paradise, and food is a big part of the Durga Puja event. In a large festival like this, you’ll discover excellent Bengali food, from Kolkata’s famed snacks and sweets to Durga Puja Bhog dinners with a touch of everything. All the pandals serve Bhog (offerings to the Goddess Durga), and community kitchens are set up.

Durga Puja exhibits Bengali culture in India. Evenings during Kolkata Durga Puja see the streets crowded with thousands of locals and visitors who come to see the big, brilliantly painted idols of Goddess Durga, offer their prayers, dine at the many street vendors, and celebrate Goddess Durga’s victory over evil.

Kolkata erupts with more than a thousand themed and colorful pandals and goddess Durga idols during Durga Puja, one of the world’s largest festive celebrations.

Here are some of Kolkata’s best pandals for Durga Puja 2022.

Bagbazar Kolkata Durga Puja is almost a century old and one of Kolkata’s oldest, drawing enormous crowds for its stunning Durga idol. The carnival rides and booths add to the pleasure of the idol and pandals. Married ladies perform Sindoor Khela on the last day of Durga Puja, Dashami, which attracts many people to this pandal near Bagbazar Launch Ghat and Kolkata Circular Station.

Kumartuli Park is a newer pandal in Kolkata as they began Durga Puja in 1995. It is a place where most Durga idols are produced by generations-old clay modelers creating something new every year. It is located by the river with Sovabazar Metro close by.

College Square in Kolkata is a Kolkata Durga Puja hotspot with a pandal beside the lake and water reflecting the glittering lights of the pandal. A unique Kumara puja is also held here. It is near 53 college street, Kolkata university, Mahatma Gandhi road, and Central Metro.

The Mohammad Ali Park in central Kolkata is famous for its unique pandal and idol. They began Durga Puja in 1969 with changing themes every year, and from then on, city residents have come to visit the Durga idol every year.

Kolkata’s most famous Durga Puja pandal, Santosh Mitra Square, is famous for its distinctive themes and artwork. It is in central Kolkata near the Central Metro station nearby.

Visit Badamtala Ashar Sangha’s Durga Puja Pandal at Nepal Bhattacharjee Street, Kalighat. This most frequented pandal is famous for its annual creative themes and won the creative excellence award in 2010.

At New Alipore, you will find Suruchi Sangha, Kolkata Durga Puja pandal, which is famous for its outdoor art based in a different state in India every year and has even won the best-decorated pandal award in 2003.

The Kolkata Durga Puja at Ekdalia Evergreen at Gariahat is a replica of temples around India. With Ballygunge and Kalighat Metro nearby, visit this pandal during Durga Puja 2022, as it boasts of Kolkata’s tallest Durga idol and is famous for its lighting and décor.

In South Kolkata, Jodhpur Park near Jadavpur Thana is home to one of the most prominent Durga Puja pandals. They use diverse themes that showcase creative talent. The nearest railway station is Dhakuria.

Plan a trip to Kolkata for the Durga Puja 2022 celebration to experience traditional makeovers, pandal hopping, and food feasting. Immerse yourself in the brilliant lights of the bundles’ pandals, fragrant smoke from the mud lamps, the famed Dhunuchi Naach, and sindoor-smeared attractive Bengali women in traditional white sarees with a red border.

The fervor of Kolkata Durga Puja 2022 will be with you throughout the year.

If you want to feel the actual essence of Durga Puja in Kolkata, the following eight ideas would surely help:

Also, read about the 21 popular places to visit in Kolkata in your upcoming trip.

Take a Kolkata Durga Puja 2022 Festival Tour to fully appreciate the celebrations. The West Bengal Tourism Development Corporation organizes many of these excursions. 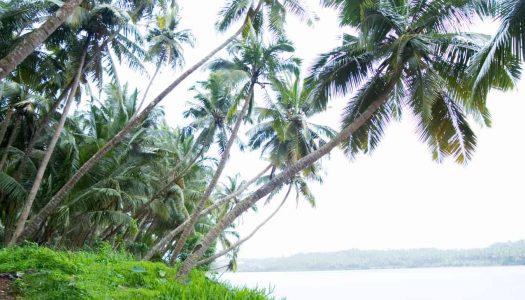 17 Monsoon Getaways Near Mumbai For A Fabulous Vacation

The monsoons in Mumbai city can be pretty chaotic. There’s an increase in traffic jams, the downpour can be heavy and there are many instances of flooding. On the positive ... 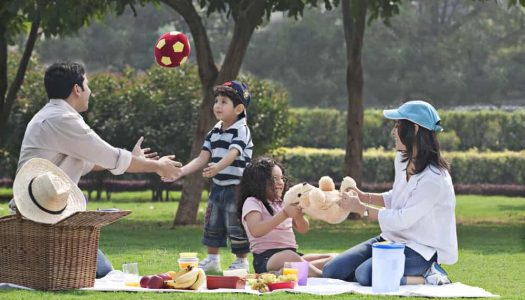 With their busy lifestyles, the people of Mumbai often don’t get enough time to take their kids out for a vacation. Even a short getaway is tough to make time ... 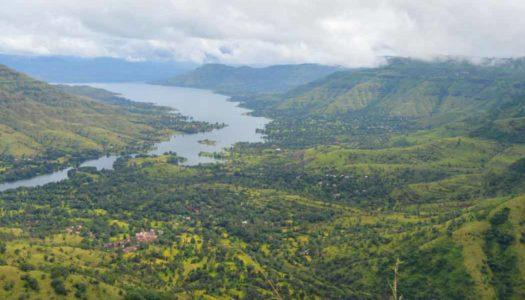 Maharashtra is home to one of the beautiful hill stations – Lonavala. Lying in the heart of the state, there are many thrilling places to visit in Lonavala. The hill ... 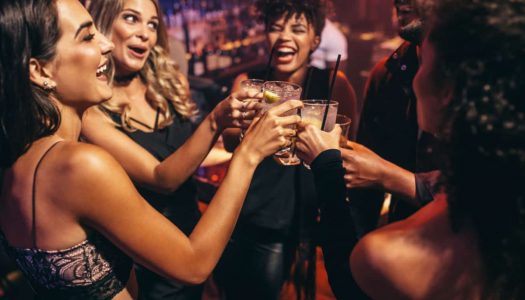 16 Cool Things To Do In Delhi At Night

Delhi is a city that never sleeps. Every nook and cranny is bubbling with hidden gems that are just waiting to be explored. During the day, Delhi is all business ... 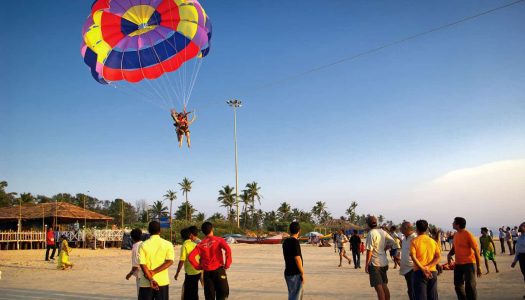 19 Best Things To Do In Goa

Goa is a fun place is the world’s most open secrets. People come to this place to relax, soak in the sun… 12 Most Visited Nightclubs in Indore

Indore may come across as a culturally rich city, having an amazing culinary heritage. It has its very own nightlife too, with pubs and clubs mushrooming over the city, rubbing ...