18 Hidden Places in Delhi for an Exciting Tour

Nothing beats the charm of the lesser known places in a place as hoarded by tourists as Delhi. Though the capital city, the place really has some distinguished places which must be visited to understand the trues culture of Delhi. These are the hidden places in Delhi we are talking about.

The history, the present and the future of the city are completely well understood only through visiting these lesser known places because they are the ones which a person visits without any inhibitions and without any preconceived notions. To understand this for yourself venture onto a trip to any of the places from the list of the hidden places in Delhi below.

18 Not so Famous Hidden Places in Delhi A perfect kaleidoscope of the medieval remnants of the city and of the new age party culture,  the place that goes by the name the Hauz Khas Village is a must visit. Built on the ruins of a medieval city named Siri, this little place has some of the best cafes and bars in the city.

Being situated in South Delhi the place gets bestowed with the good crowd too. Be it the quaint old world charm or the hip and happening weekends, you find it all here.

Suggested to Read : Things to do in Delhi this Weekend 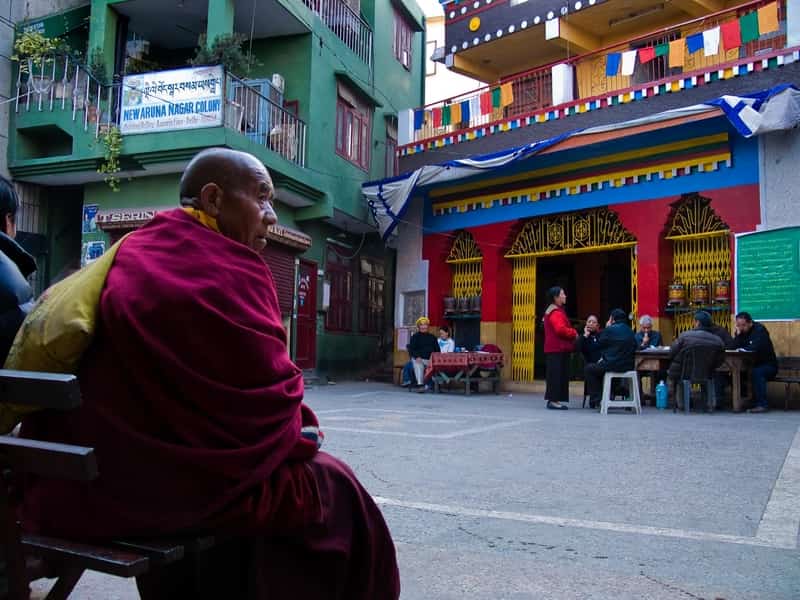 Also called ‘The Little Tibet’, this place has been the house to the refugees from Tibet who followed their spiritual leader the great Dalai Lama into an exile in the country.

This section of North Delhi provides quite a vivid display of the Tibetan culture in the form of the temples, cafes, restaurants, bookshops and the guest houses that the place has. 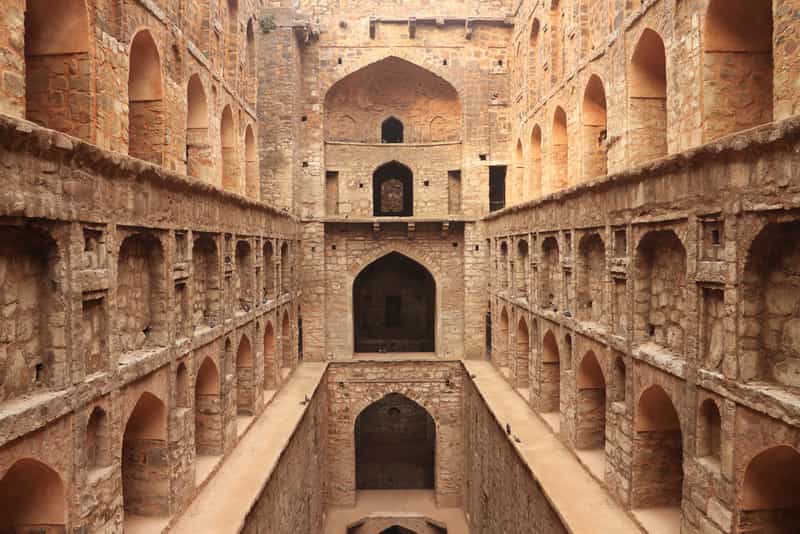 One of the few step wells of the capital city, this place has a different charm to itself, something that is not tangible but can be felt as soon as you reach the place. Being situated right in the heart of the city near Connaught Place, this step well has been an inspiration and a go-to place for many poets and artists.

Must Read : Historical Places in Delhi 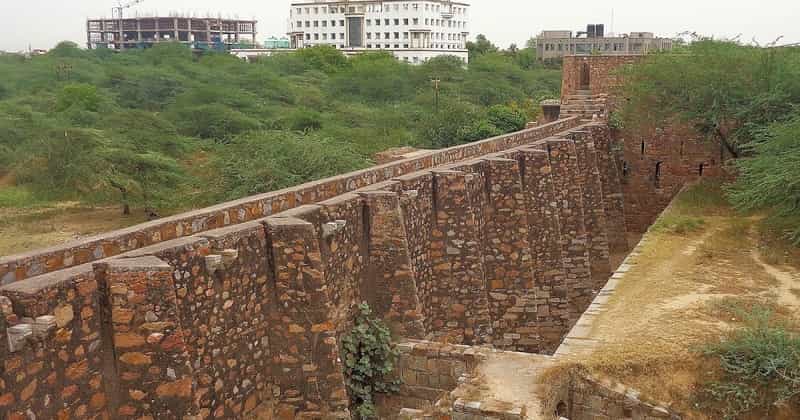 One of the most commendable hidden places in Delhi, the Satpula Bridge has held quite a significance in our history. This bridge which derives its name due to a collection of seven bridges was used for water harvesting in old days.

To add to its charm this place also acted as the wall for defence during the reign of Sultan Mohammed Shah Tughlaq. 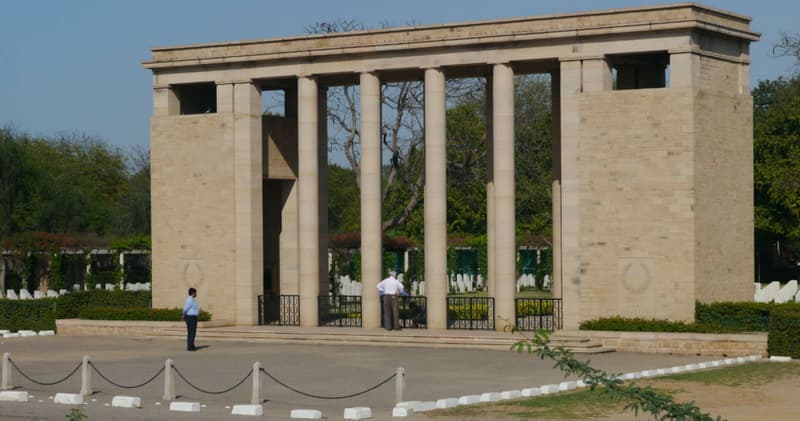 Immaculately manicured lawns welcome you when you reach the Delhi War Cemetery.  This cemetery which lies in the Delhi Cantonment area is the house of graves and the memories of the soldiers who fought for the British Commonwealth during the Second World War.

Quite a visit even today the place is all about tall pillars and exquisite memoirs. This haveli was established in the memory of the world-renowned Urdu poet Mirza Asadullah Baig Khan popularly called Mirza Ghalib. This place was his home during one of the most challenging years of his life and holds some of his exquisite works even today.

Situated in Chandni Chowk, the place has an in-house museum too, which is now maintained by the Indian government. 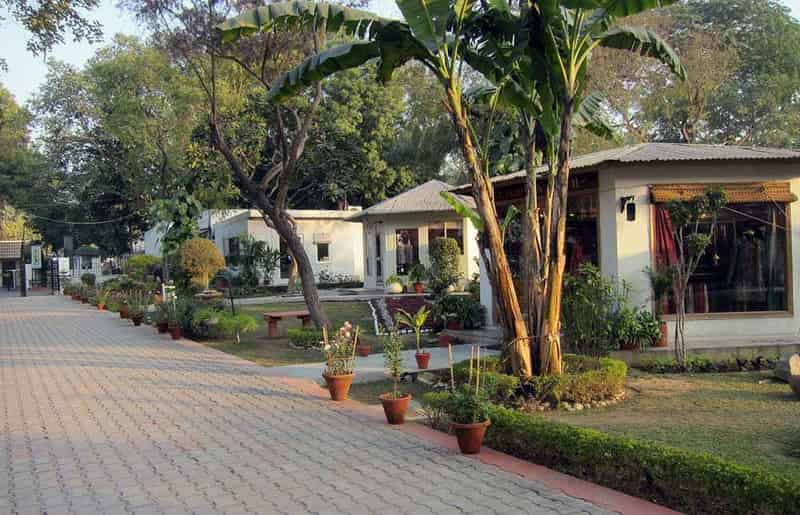 Shopping and quaint ambience, these are the two words that hardly come together in reference to the same place owing to the big mall culture of a place like Delhi. But these words do fall true for the place that goes by the name the Santushti Shopping Complex.

This little place is a witness to the cream of the society and offers a posh shopping experience. Clothing, footwear, jewellery, or even ayurvedic products, everything can be easily found here. As astonishing as it may sound the hustle bustle of a city like Delhi also has a hidden gem of a lake towards its southern end. Glorious in ways more than one, this lake sits in the Asola Wildlife Sanctuary, an area that is reserved by the Delhi Wildlife Department.

Quite a number of the birds and animals can be spotted here. 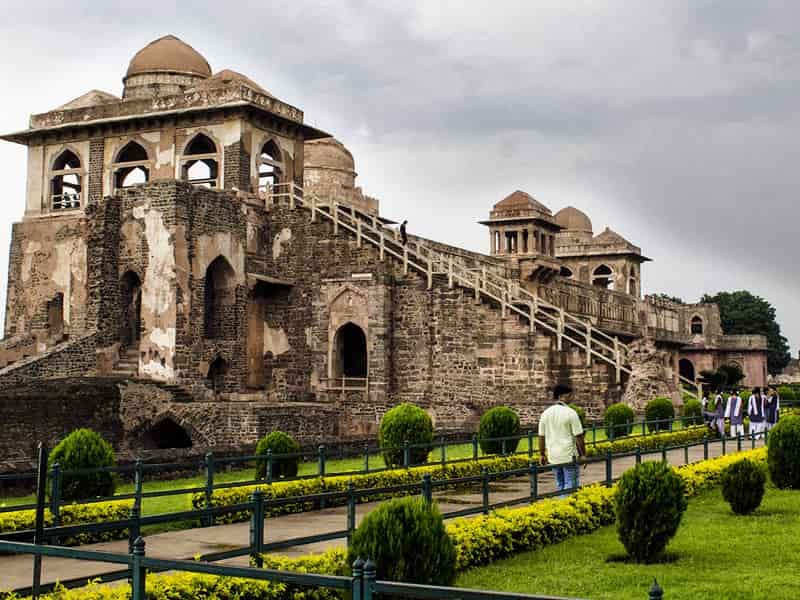 The palace that goes by the name Jahaz Mahal is also among one of the hidden places in Delhi to visit. This place derives its name from its reflection that looks like a floating ship in the nearby lake. Tranquillity is fundamental here and a visit to this place sure does make for quite an experience. The remains of this fort though not extremely well maintained, still remain quite a place to visit even today. The not so popular status of this place earns it tranquillity and serenity even in the busy and hectic life of Delhi.

This fort was built by the founder of the Tughlaq Dynasty and was famous for its magnificent Bastions which measure up to a height of 30 meters. under Emperor Akbar. Having an extreme archaeological significance, the tomb is currently taken care of by the Archeological Survey of India and is one of the best-hidden places to visit in Delhi. A city like Delhi which contains such large demographic has managed to maintain a lush green forest at its heart. This forest that spreads over 780 acres of land goes by the name Sanjay Van and is among one of the best-hidden places in Delhi to visit.

A rising hub for jogging and cycling, this place is situated between Mehrauli and Vasant Kunj.

Suggested to Read : Places to Visit in Delhi 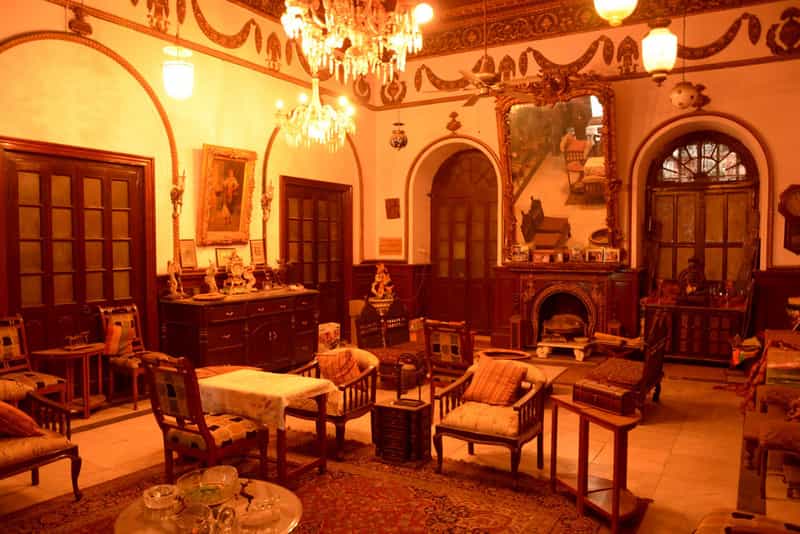 Right in the middle of one of the busiest lanes of Delhi, the Chunnamal Haveli is hard to miss. This building is symbolic of the old world grace and charm even today in spite of being in the Chandni Chowk.

This hidden place of Delhi is now surrounded by about 140 shops and stores and yet is a must visit the place, when in Delhi. As soon as you enter the place you are overwhelmed by the fragrance of all sorts of fresh flowers like marigold, tulips, roses, carnations, orchids, irises, anthuriums and lilies all of which are available in different hues to suit your mood.

Not only is the place astonishing for its large collection of flowers but also works wonders towards your pocket also.  These flowers are available at Ghazipur Mandi at unimaginably cheap prices, an attribute which makes this place quite worth the visit. 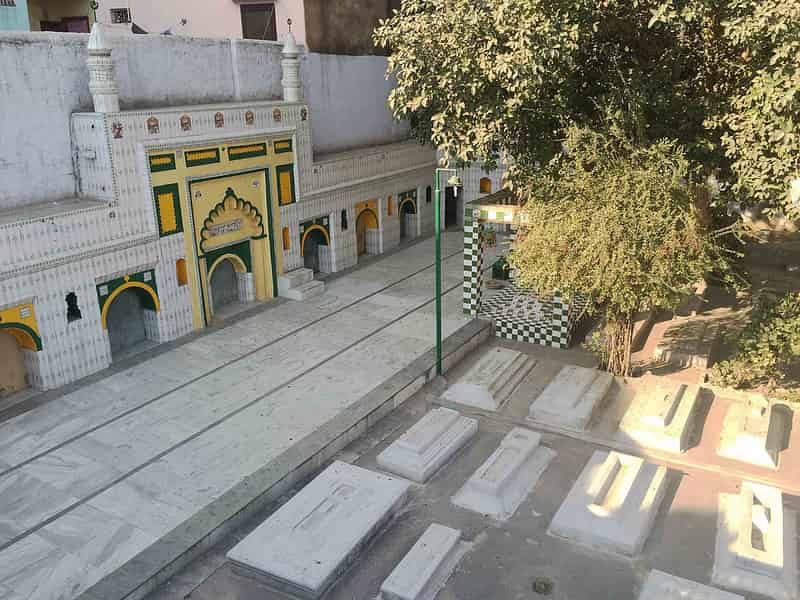 Settled in the middle of the busy Mehrauli bazaar, there is an attraction that is not so popular but is definitely worth a visit. This place that goes by the name of Hijron ka Khanqah, is a memorial built in the honour of eunuchs.

The calm ambience around the graves of the eunuchs of the Lodi era has till date been well maintained making it a hidden place to visit if looking for some solitude from the hectic life of Delhi.

Please Read : Places to Visit in Delhi at Night The place that was originally built as the hunting lodge for Firoz Shah Tughlaq now remains desolate and neglected in the central ridge forest and has been a calling to quite a few of the tourists and photographers from around the world. The architectural design of the building and the sighting of the paranormal activities in this fort, make this place furthermore alluring for a visit. Another one of the architectural masterpieces that were built in the area in the 14th century is Bijay Mandal. The rustic feel of the place and the distinguished architecture of the fort ensure it to be among the top contenders when it comes to the list of hidden gems in the capital city.

A place like Delhi is bestowed in many ways with some of the best places both natural and man-made. Enjoy a day trip to any of the places mentioned above and understand the truest depth of the greatness of the capital city of India.

If you have been to any of the places above or are in knowledge of more such places do share with us your experiences, suggestions and recommendations regarding the same in the comments section below.

Book Treebo hotels in Delhi and get 100% guaranteed quality stay. Ahoy! The New Year is quickly approaching, and everyone is looking for a place to celebrate with a bang. You’re already planning raving parties, unrestrained boozing, and exuberant merrymaking. But, ... Whether you are looking for electronics, clothes, shoes, spices, handicraft items or pots, in Delhi you can find them all on the street. While shopping at a mall is comfortable ... 6 Scary House in Delhi for the Adrenaline Rush

For quite some time now the scare houses had been the best place to enjoy a good laugh with your friend and colleagues, but the new age scary house in ... Shimla is the capital of Himachal Pradesh and one of the most visited hill stations in India. It was a summer capital for the Britishers during the colonial times ... A Complete Itinerary For Your Delhi To Leh Road Trip

Any road trip to Leh is a journey of a lifetime. Most Indian travellers long to witness the barren beauty of its mountains against the the vast azure skies. Are ...