Make your day memorable with these places to Visit on Independence Day 2022. This august will be full of festive vibes, and if you’re planning to make the best use of the long weekend starting right from Raksha Bandhan on the 11th of August, you have come to the right place. Not just this, August will also bring rest to our working ships on Janmashtami, Ganesh Chaturthi, and of course the weekends.

Plan a good refreshing trip with your family this Independence day. As we all know; India was under the rule of the British Empire and it was a very difficult time for our pioneers to seek freedom. On the auspicious day of 15th august- Independence Day 2022 associate yourself with the Nation and its sense of patriotism, try to visit the following places for an insight into that era-

Places to visit for Independence Day 2022 are –

Delhi, India’s capital territory has been the seat of power for centuries and there are numerous places in the old part of the city that had witnessed India’s long struggle for freedom and had now contributed to its rich heritage. The biggest monument in Delhi, the Red fort is the venue where the national flag hoisting by the Prime Minister of India takes place every year and the same can be seen on the 76th Independence day 2022.

Other sites like India gate, standing at the heart of the city, Jama Masjid, and Khooni Darwaza are a must-visit to pay homage to our revolutionaries. Participate in the Amrit Mahotsav by the Prime Minister of India this Independence day.

Allahabad is said to be one of the oldest cities in the world, known to have been in existence since the period of the epic Mahabharata. it has recently been given the name- “Pryagaraj”.

The architecture of the city contributes significantly to the struggles of Indian freedom fighters like Chandrashekhar Azad through places like Alfred Park, Allahabad Fort, and Allahabad Public Library and acts as a source of magnificent information about the rule of various dynasties and the fight for freedom.

Ahmedabad, a city rich in heritage beauty consists of myriad historical places that bear testimony to its rich past like Sabarmati Ashram, the place that had served as the residence of Mahatma Gandhi and had also played a key role in India’s freedom movement, Bhadra Fort, Teen Darwaza, Jhulta Minara and many more lesser-known places add great value to the city.

If you are near the city or planning to visit on the occasion of Independence Day 2022, you can also check out Dwarka City and the old sweet home of business tycoon Dhirubhai Ambani ji in Gujarat. Check out Hotels in Ahmedabad

Port Blair is the capital city of the Andaman and Nicobar Islands, an Indian territory in the Bay of Bengal. Its seafront Cellular Jail was an infamous prison used by the British to keep the freedom fighters as prisoners. Now it is a memorial to Indian independence activists that conducts sound and light show every evening in honor of the freedom fighters who had sacrificed their life behind the bars.

Port Blair is also famous for other small islands like Corbyn’s Cove, Wandoor, Ross Island, and so forth, which were once home to British colonists.

Amritsar, a city that carries the legacy of being the center of the Sikh religion, has endured history’s wrath forever. The Jallianwala Bagh massacre, one of the most horrific episodes in India’s war for independence, took place there. The garden is now converted into a national monument in honor of all the innocent people who lost their lives in the massacre. Amritsar is home to numerous historical structures that showcase the city’s wealth of spiritual, cultural, and architectural magnificence.

Wagah Border is the boundary line dividing India and Pakistan. It was this frontier that migrants from India used to enter Pakistan during the 1947 partition. This is the main factor making Wagah Border one of the best historical attractions to see in Amritsar. Nothing would touch your soul more than this place if you pay a visit here on or around Independence Day 2022. While planning a visit here, you can’t miss our Amritsar Guide Blogs.

The ancient city of Jhansi is known for its courageous queen, Rani Lakshmibai, a name known to every household, who bravely fought against the British forces in the struggle for independence. Various places across the city like Jhansi Fort, Rani Mahal, and Jhansi Cantonment Cemetery say a lot about the life of freedom fighters while taking you back in time to the days of struggle and fight for independence.

The streets and the local people will recite breathtaking stories that you never heard of. Jhansi is the epitome of emotions in the Independent India struggle.

Watching parades, tv shows, and flying kites are outmoded now, sharing an exciting list of activities you should plan up for Independence Day 2022. Here are also some unconventional ways to celebrate –

Hemis National Park is the largest national park in India. This exquisite park, which is well-known for its lofty heights, was discovered in 1981. The region was given the name Hemis Gompa after the well-known monastery in Ladakh. This place is known for the majestic snow leopards that live in great numbers here and over 30 species of fauna and 11 underlying species of fauna capture the sight of numerous tourists.

2. Taste the history in Jaisalmer

Being a royal destination for centuries, forts, and sites of raw beauty, Jaisalmer is known for its rich and delicious food culture which is still preserved for generations. Witness the preparation of local food and taste the history in Jaisalmer. You could also go for Camel rides and Independence Day local fairs where you can enjoy folk songs & dances and shop for traditional mementos of the trip for your loved ones. Read more about this “Golden City” here.

Goa is a youth destination that is now gaining popularity as the most sought-after site for family vacations too. But did you know that Goa has something called Khoj-aao Nature’s walk?

Here you can explore the underrated natural and diverse dainties of mother earth. Exciting and challenging tidal river kayaking trails along the mangrove forests to feel close to nature and experience the beauty of nature that had grown vast over the years and how it adds to the country’s rich and varied heritage. Book Hotels in Goa.

4. Heritage and culture of Tamil Nadu

Tamil Nadu is a southern Indian state that is incredibly rich in heritage and culture. The people of Tamil Nadu are members of one of the world’s oldest civilizations. Like other South Indians, Tamils take great pride in their deeply ingrained culture and work hard to preserve their two-thousand-year-old civilization.

The Cholas, Pandyas, and Pallavas dominated the state, and it has prospered ever since. They produced the art and architecture that is still in use and upkeep today. The most prominent example of Tamil Nadu’s legacy is its architectural heritage. From rock-cut caves to intricately carved temples make it a must-visit place.

Kerala has emerged as the top state for ayurvedic medicine since it is known for Kalari (Kalaripayattu), a martial art that also incorporates a variety of exercises and oil massages to treat a variety of maladies.

Dedicating time to taking Ayurveda lessons in Kerela is also a great option at this time of the year as health has been the first priority and people are getting back to nature understanding its importance after the pandemic and a good start to the years ahead of Independence day 2022.

India is celebrating the 76th Independence day 2022 on the 15th of August. During this time of the year when everyone is feeling patriotic and immersing themselves in the celebrations of this national festival, visiting certain places in various parts of the country that render the stories of India’s struggle for freedom seems like the best idea. Visit one of these places and feel what it is like to be a citizen in free India and feel grateful for the gift of independence given by our freedom fighters.

‘Thousands laid down their lives,
so that our country breathes this day.
The endless tales of their sacrifice,
In the soil of our country still stay.’ 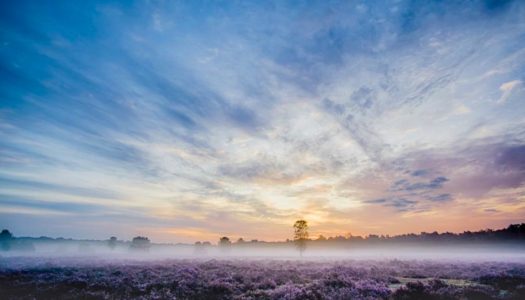 10 Best Places to Visit in August in India on Your Next Super-Amazing Monsoon Trip!

There is a list of 10 best places to visit in August in India for your full-filled vacay! It’s the time when the air is crisp and there is a ...